Photos shared on Facebook show a futuristic structure like something from a James Bond movie, set on a high v-shaped platform among trees.

The caption to the photos claims it is the home of a former spy – former intelligence officer and long-time Russian president Vladimir Putin. It reads: “Putin House in Sochi, Russia designed by Roman Vlasov.”

Putin has been president since 2012, and also served in the position from 1999 to 2008. Sochi is a city and resort area on the Black Sea in southwestern Russia.

But is this really Putin’s house in Sochi? We investigated. 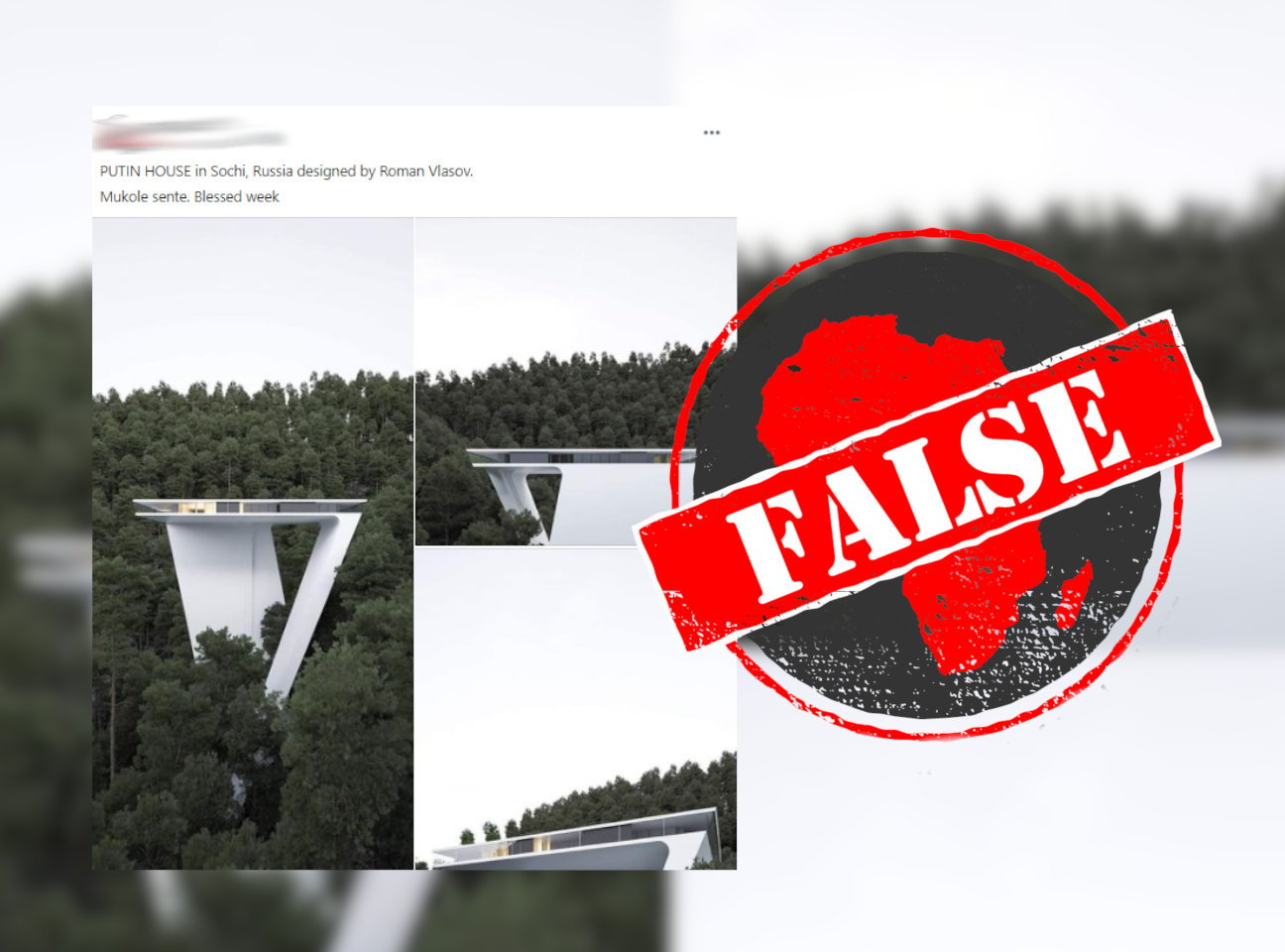 ‘This is my vision of the house of the president of my country, Vladimir Putin’ – architect

A reverse image search for the three photos revealed the same three images shared on Instagram, posted by the architect Roman Vlasov.

They are all captioned “PUTIN HOUSE or a story about what his villa might look like By @_vlasov_roman_”.

These images are design concepts, illustrations for an idea created by the architect. They do not show a building that has been built, or what Putin’s house actually looks like.

Vlasov told AFP Fact-Check this was just a concept.

“In my Instagram account there is a description for this work,” he said. “And it says that this is my vision of the house of the president of my country, Vladimir Putin. I have not written anywhere that this house is his property.”

There was controversy in early 2021 about Putin building himself a “mega-palace” and spending more time away from his residence in Novo-Ogaryovo, just outside the Russian capital, than he admitted.

His official residence is in the Kremlin, the fortified complex in the center of Moscow which is home to the Russian government. But news sources say Putin mostly lives at Novo-Ogaryovo.

No, Russia’s Putin hasn’t backed Trump’s decision to freeze funding of ‘evil’ WHO