Three photos have been posted on Facebook with the claim they show a cash-in-transit heist in Klerksdorp, a city in South Africa’s North West province, on 17 March 2021.

The first shows bundles of R100 notes. In the second and third photos, cash is scattered up an embankment next to a road where police vehicles sit near a security van, its side panel blown open.

The post reads, in Afrikaans: “Klerksdorp vanoggend. Transito rooftog. Die misdadigers is almal doodgeskiet.” This translates as: “Klerksdorp this morning. Transit robbery. The criminals were all shot dead.”

But do the photos really show a robbery in March 2021? We checked. 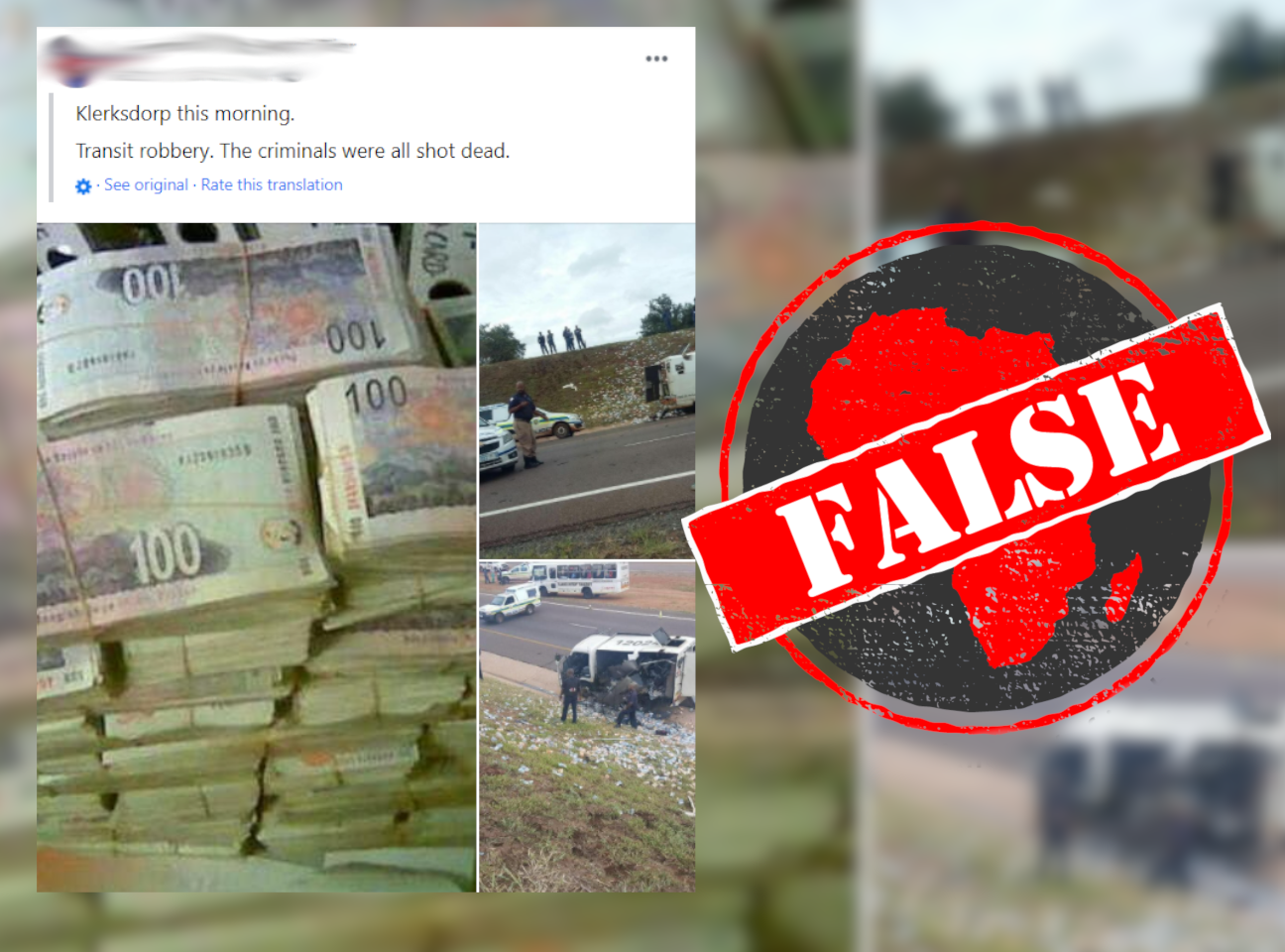 A reverse image search using the first photo reveals that it has been online since at least 2012.

The second photo, of cash spread along the road, has been online since at least 2018. Africa Check could not verify exactly where it was taken, but the vehicles have the branding of the South African Police Service, or SAPS. Officers wearing the SAPS uniform can also be seen.

It’s safe to assume that the photo was taken in South Africa. But it’s been online since 2018, so it can’t possibly show a cash van robbery on the morning of 17 March 2021.

While a reverse image search of the third photo didn’t return any results, it’s undoubtedly of the incident shown in the second photo. The position of the security van, police cars and scattered cash are identical, even though the two photos were taken from different angles.

‘Botched heist’ with no injuries or arrests

The photos don’t show a cash-in-transit heist on 17 March 2021. But did the incident – in which “the criminals were all shot dead” – actually happen? We searched for news reports.

On 15 March 2021, radio station OFM reported that there had been a cash-in-transit heist in Klerksdorp that morning. An armoured vehicle was carrying cash between Klerksdorp and the small town of Stilfontein, also in North West, when a black Mercedes tried to ram it off the road.

A shootout between the robbers and the security guards ensued. But no injuries were reported and no arrests made, a police spokesperson was quoted as saying. She described it as a “botched heist”.