No plans for government hospitals to give free ‘DNA tests’, in either South Africa or Nigeria

“DNA tests will be done freely at government clinics and hospitals as of June 2022.” That’s the claim made in a number of Facebook and Twitter posts shared in South Africa.

The phrase “DNA test” could mean any of a broad range of possible tests, from the expensive sequencing of a person’s entire genome to more limited genetic testing for a specific hereditary condition.

However, most social media users seem to think the claim means that the South African government will provide free paternity testing. This kind of testing determines whether a man is the likely father of a child or not.

But is it true, in either country? 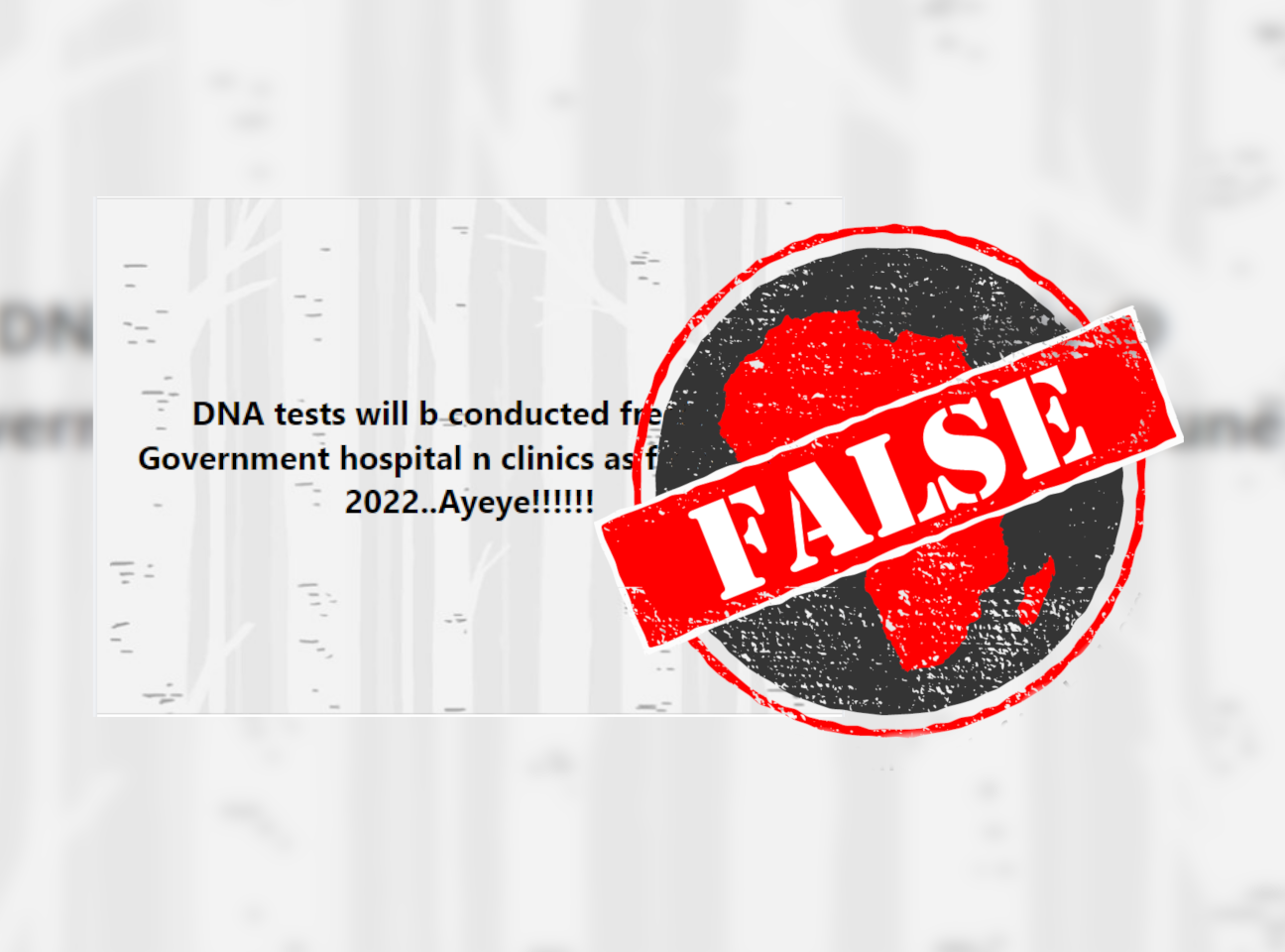 A child inherits half of its genetic information from each of its parents in the form of deoxyribonucleic acid, or DNA.

Determining whether two pieces of DNA match is referred to as DNA fingerprinting. Paternity testing is a type of DNA fingerprinting which involves comparing the genetic information of a child with that of its mother and someone thought to be the child’s father.

This can be done without a sample from the mother, but, as South African laboratory service Ampath explains in a pamphlet on paternity testing, “complete information which includes mother and father increases the certainty of paternity testing”.

With DNA samples from both a mother and suspected father, a child’s paternity can be determined with almost complete certainty.

The rumour was quickly debunked by AFP Fact Check, who contacted the South African Department of Health (DOH).

A DOH spokesperson told AFP that the claim was “fake news” and that neither the department nor the National Health Laboratory Service were aware of this claim. The laboratory service is a government organisation which offers paternity testing.

Africa Check could find no evidence that the DOH had claimed it would provide free paternity testing in any recent press releases, and we couldn’t find any official government statements or trustworthy news articles repeating the claim.

The only reporting that we could find on the subject – prior to fact-checks of this claim – were articles calling for more accessible paternity testing options in 2015 and 2016. These calls were mostly in response to studies criticising the availability of paternity testing in South Africa.

Nigerian media outlets Legit and the Cable have also debunked the claim spreading in Nigeria.

The Nigerian minister of state for health, Dr Olorunnimbe Mamora, told the Cable that neither he nor the minister of health, Dr Osagie Ehanire, had released any statement saying Nigeria would provide free DNA tests.

There is no truth to these rumours, in either South Africa or Nigeria.