“I have left Kenya Kwanza on realising DP Ruto was not opposed to BBI because of positions but to deny Mt. Kenya more resources and fair representation,” reads a quote attributed to the politician William Kabogo, a former governor of Kenya’s Kiambu county.

The quote, in a graphic that appears to have been produced by the news website Kenyans.co.ke, is going viral on Facebook.

Kenya Kwanza is a coalition of political parties set up ahead of the country’s August 2022 elections. It’s headed by William Ruto, the current deputy president and now a leading presidential candidate.

BBI is the Building Bridges Initiative, a plan promoted by president Uhuru Kenyatta and opposition leader Raila Odinga after the disputed 2017 elections. Odinga is Ruto’s main rival in the presidential race, and has Kenyatta’s support.

BBI was intended to culminate in amendments to Kenya’s constitution, but both the high court and the court of appeal have ruled against it. Ruto opposed it too.

Kabogo is among the politicians supporting the deputy president in his bid to succeed Kenyatta.

In the deal, two coalition parties with leaders from western Kenya – the Amani National Congress and Ford Kenya – are to get 30% of government posts should Ruto win.

The quote suggests that Kabogo has not only left the Kenya Kwanza coalition, but that he has accused Ruto both of supporting Kenyatta and Odinga’s initiative and of denying central Kenya “resources and fair representation”.

But did Kabogo really say this? And did Kenyans.co.ke quote him? We checked. 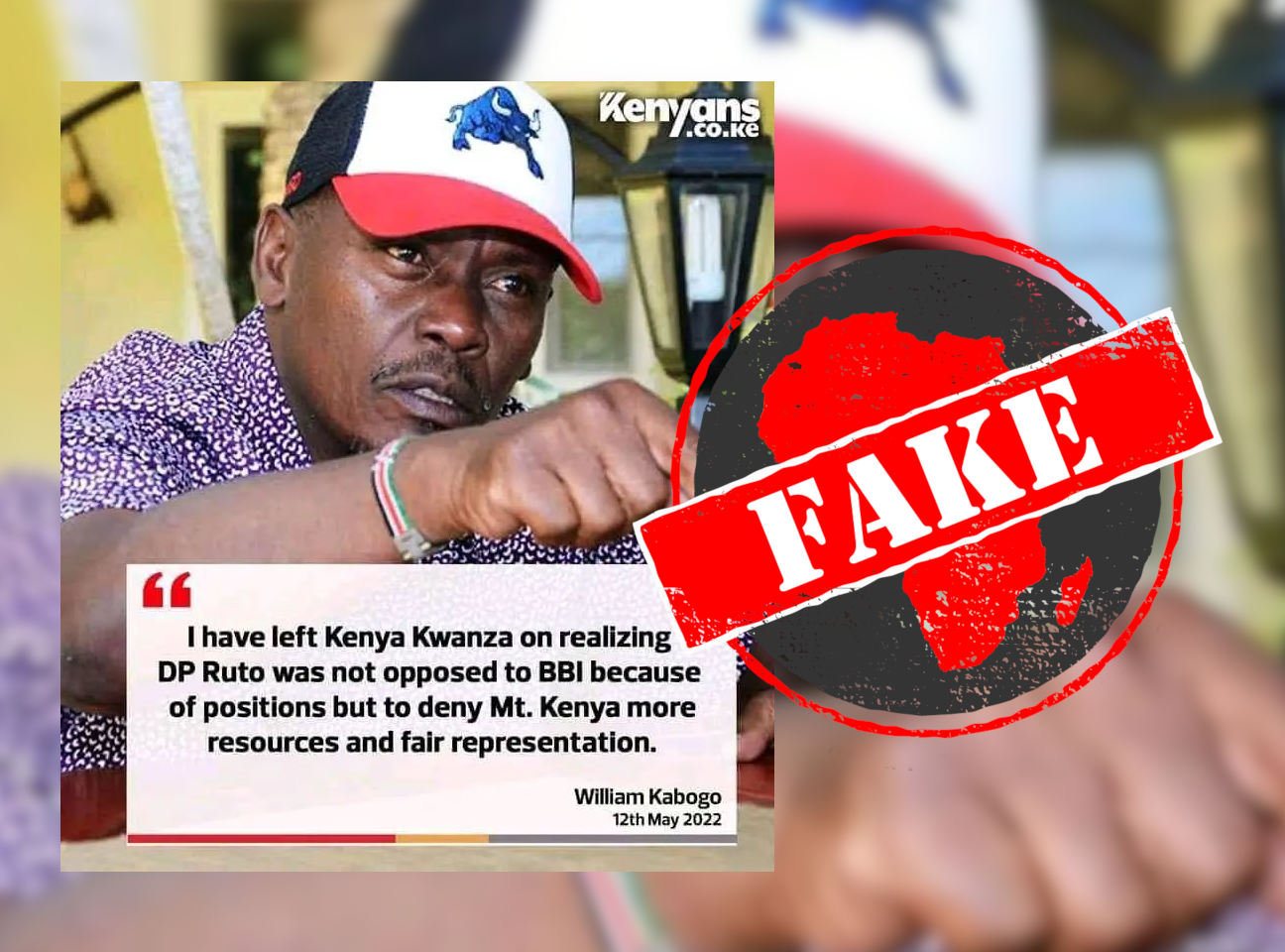 ‘This post did not emanate from our media house’

On 13 May, Kenyans.co.ke posted the graphic on Facebook, stamped as fake.

“This post did not emanate from our media house,” the post reads. “It does not conform to the in-house branding rules and did not go through the multiple approval checks set in place to prevent misreporting. We, therefore, flag it as FAKE.”