According to a one-page letter posted on Facebook, Pope Francis has warned Catholic church leaders in Uganda against taking part in “partisan politics”.

The letter appears to have been signed by archbishop Luigi Bianco, the apostolic nuncio, or representative of the pope, in Uganda.

It reads: “A significant number of the Catholic Church leaders have been party to the ongoing political patterns in Uganda, before and after the January general elections, shamelessly dividing the faithful they are supposed to unite by speaking to them messages of love, hope and optimism for a better future,”

Instead, the letter says that the “Holy Father”, or pope, “guides all Catholic Church leaders to devote their energy to preaching messages of reconciliation and forgiveness to all Christians across the political divide rather than fuel hostility that could tear them apart”.

Uganda held a general election on 14 January. Yoweri Museveni was declared winner – it is his sixth term in office and he has been in power since 1986.

But did the pope’s representative in Uganda write to the country’s Catholic leaders on behalf of Pope Francis, urging non-partisanship? We checked. 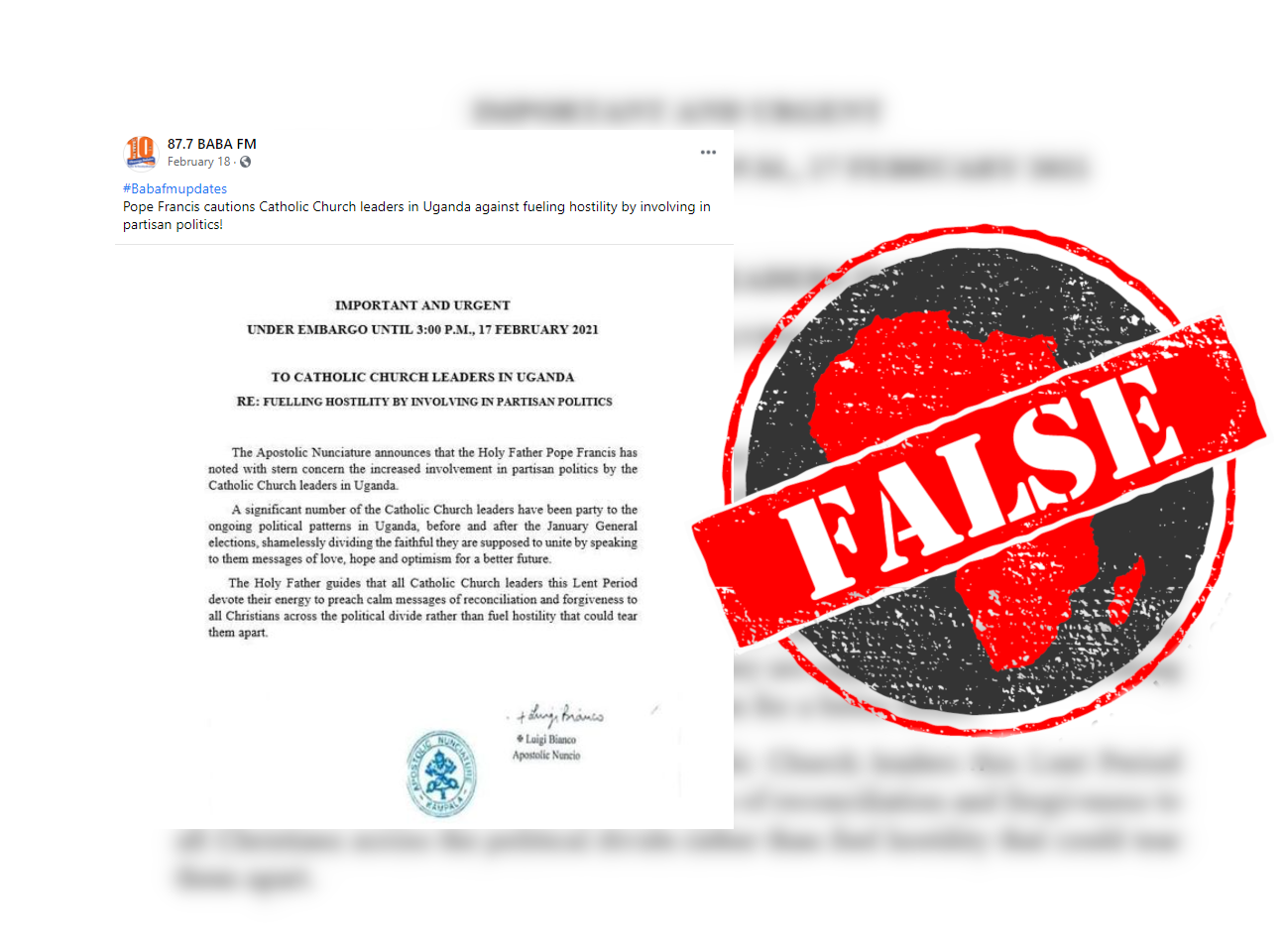 Africa Check tried to contact Bianco through the phone number listed on the website of Uganda’s foreign affairs ministry, but received no response after several attempts.

We then shared the image with the Holy See press office at the Vatican, the headquarters of the Catholic church. They responded: “The Holy See Press Office denies the authenticity of the letter by the Apostolic Nuncio in Uganda, which you mention in your message.”

The Uganda Episcopal Conference, the assembly of the Catholic bishops in Uganda, also told us the letter was fake.

No, Somali American (and Muslim) US congresswoman didn’t say ‘all white men should be put in chains’