No, a pot belly not a ‘90%’ sign of liver disease – proper diagnosis needed

“The first indication of the fatty and inflamed liver is a potty belle,” reads a poorly written message posted on Facebook in Nigeria. It’s referring to a “pot belly”.

A pot belly is simply a rounder abdomen. But the message claims people with pot bellies have an almost 90% risk of fatty and inflamed – diseased – livers.

But do people with pot bellies have a close to 90% likelihood of fatty liver disease? We checked. 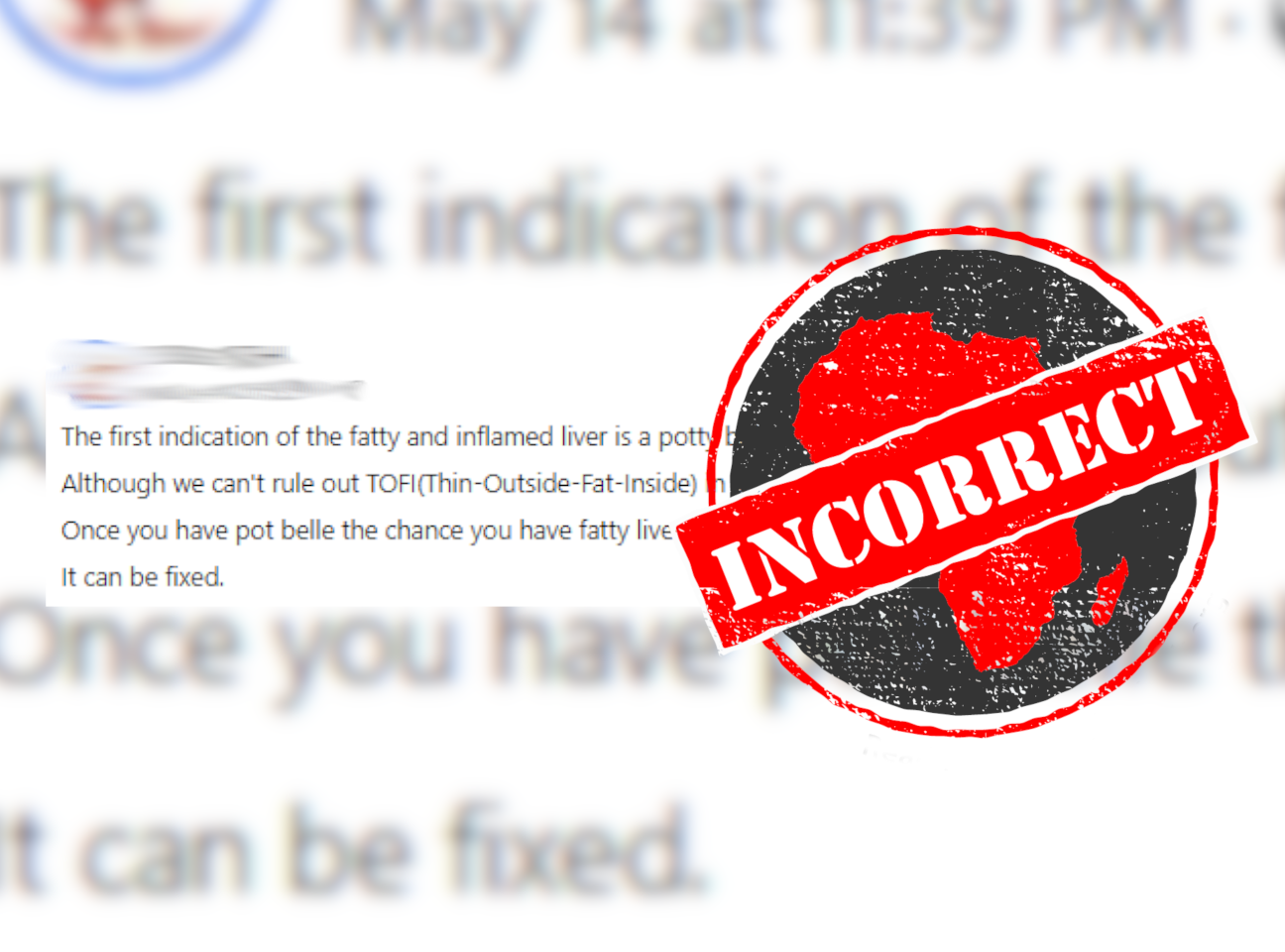 Fatty liver means a buildup of fat in the liver, the largest organ inside our bodies. (The skin is our largest organ, but is on the outside.) The liver lies on the front of our bodies, below our lungs and above our stomach. What’s known as the belly is further down, below the liver and stomach.

Dr Joanah Ikobah is a consultant paediatric gastroenterologist, haematologist and senior lecturer at Nigeria’s University of Calabar. She told Africa Check the size of a person’s belly was no way to diagnose fatty liver or any other liver disease.

Ikobah said liver disease was diagnosed with a series of extensive tests, including non-invasive tests such as abdominal ultrasound, blood tests and fibroscan.

“It is not correct to say a person has fatty liver or any other liver condition just because they have a pot belly,” Ikobah told us. “Even though fatty liver disease can be linked to obesity, slim people can also be diagnosed with the disease.”

She added that treatment for any type of liver disease depended on its diagnosis.