Pouring Pepsi on raw pork will make parasitic worms emerge from the meat. At least, that’s according to a video posted on Facebook on 6 March 2021.

The video shows a woman standing in a kitchen. On the counter in front of her is a plate, two raw pork chops and a bottle of the carbonated soft drink Pepsi. She talks to a man, off camera.

While pouring Pepsi over one of the pork chops, she says: “It actually reveals if there’s parasites in pork.” Shortly after, white blobs that look like worms appear on the surface of the meat.

When the man recording the video asks her what they are, she says: “Parasites! This is why you can’t eat uncooked pork.”

The man suggests that the blobs may be fat but the woman says: “I promise you, the longer we leave it in there the more, they don’t like the habitat that they’re in and they’ll start to come out.”

She also claims that when she’s previously done the same experiment, the worms have been much bigger.

The video has been viewed over 160,400 times since it was first posted. 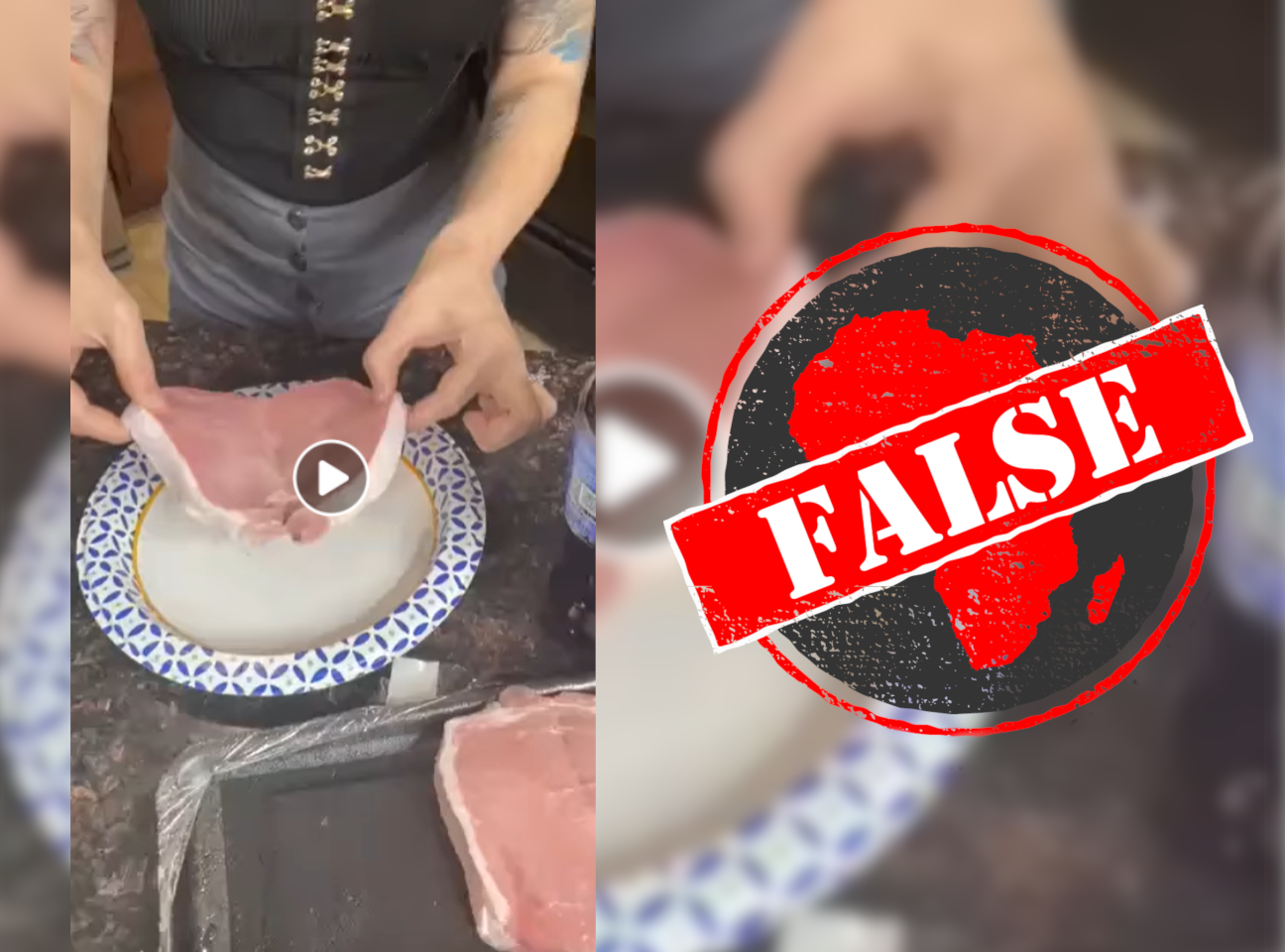 Videos have recreated experiment without success

The video first appeared on YouTube on 5 March 2021 and appears to be authentic. It’s not clear who made the video.

But this isn’t the first video to make this claim. The earliest version we could find was posted on YouTube on 5 March 2007.

In the 2007 version, a man pours Coca-Cola over pork chops and after the video fades to black and then back in focus, there appear to be white maggot-like blobs all over the meat.

But in the description the poster clarifies the video was a deliberate hoax. He made the video for a friend who didn’t eat pork, but thought the video was so obviously fake that no one, including his friend, would believe it.

But she thought it was real – and since then thousands of other viewers have too.

We found several other videos that recreated the experiment with no success, even after leaving the pork soaking for hours or trying different brands of soft drinks with varying qualities of meat.

Hoaxes and urban legends website Waffles at Noon reviewed over 30 videos that had performed the experiment. While a few of them appeared to be successful, nearly all of them were not.

Waffles at Noon concluded that the “successes” were “either hoaxes or merely misinterpretations”.

Eating uncooked pork can cause trichinosis

Experts do warn against eating raw and undercooked pork as it can cause food-borne illnesses such as trichinosis, also known as trichinellosis.

Trichinosis is a condition caused by parasitic worms which can lead to pain, fever, chills, and diarrhoea or constipation.

According to the US Centers for Disease Control and Prevention, trichinosis has become less common, in part because of legislation prohibiting feeding raw meat to pigs.

However, even with improved standards there is still a risk of contracting trichinosis from undercooked pork products.

Uncooked pork can host parasites. But pouring a soft drink over uncooked pork will not make any worms come out.