No, pregnant women need not avoid crab, pineapples and other fruits 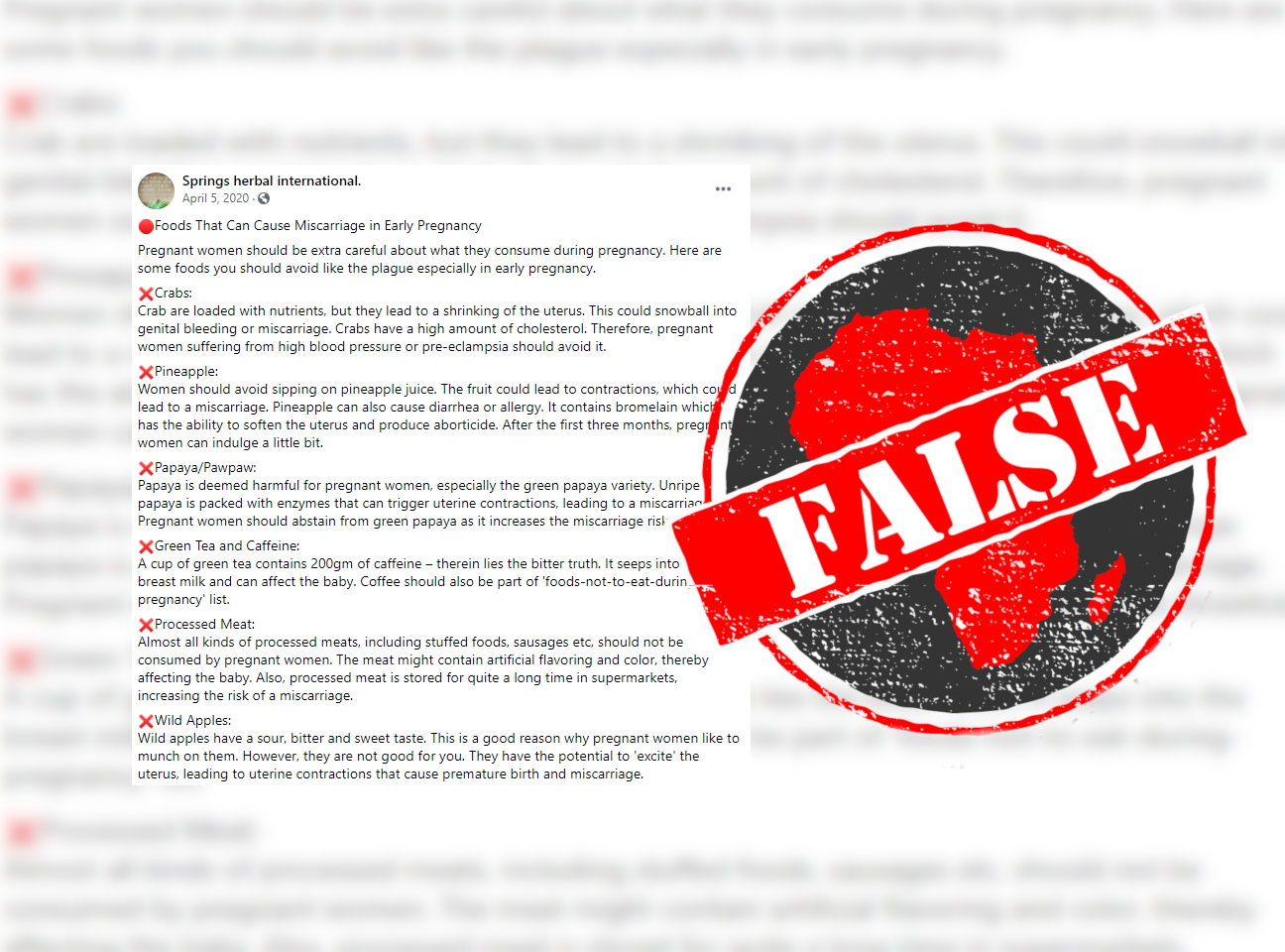 According to the UK’s Miscarriage Association, most women who lose a baby through miscarriage don’t find out why, “even if they have investigations”.

The World Health Organization says there are many reasons why a miscarriage may happen, including foetal abnormalities, the age of the mother, and a variety of infections. But it is often difficult to determine the cause.

Tommy’s is a UK-based charity that funds research into pregnancy complications. It suggests some lifestyle changes that may “lower the chance of having a miscarriage”.

These changes include avoiding certain foods and limiting others, including caffeine. The charity mentions that green tea contains caffeine, and should also be limited.

Tommy’s says: “It is safe to eat cold, pre-packed meats such as ham and corned beef.”  But it warns against eating cured meat, which is raw, and any liver products.

It also says that cooked shellfish, including crab, is safe to eat, but raw shellfish can cause food poisoning.

We asked Samuel Uzoigwe, a professor of obstetrics and gynaecology at the University of Port Harcourt in Rivers State, Nigeria, about the fruits mentioned in the post.

He said the fruits, if consumed in moderation, were not harmful to a pregnant woman or foetus.

“The food and fruits listed are things that make up the diet of an average Nigerian. We can talk about food causing miscarriage only when the food has been contaminated or contains toxic materials, not everyday fruits,” Uzoigwe added.