A message circulating on Facebook claims that the war in Ukraine has put the UK into an economic recession. It adds that British prime minister Boris Johnson is making deals with the Middle East – and Nigeria – “against the growing fuel crisis”.

The message reads: “Britain in recession, War in Ukraine .. Boris making deals with the middle east to protect Britain against the growing fuel crisis. For Economical reasons ‘GB Incorporated’ will pally with Nigeria to look after their oil trade and continue the humanitarian crisis in Biafra.”

Biafra is a reference to southeast Nigeria where there are agitations for the restoration of the Republic of Biafra. The republic existed between 1967 and 1970 and led to the Nigerian civil war.

But is the UK in recession? And has the Ukraine crisis caused Britain to look to Nigeria for its fuel needs? 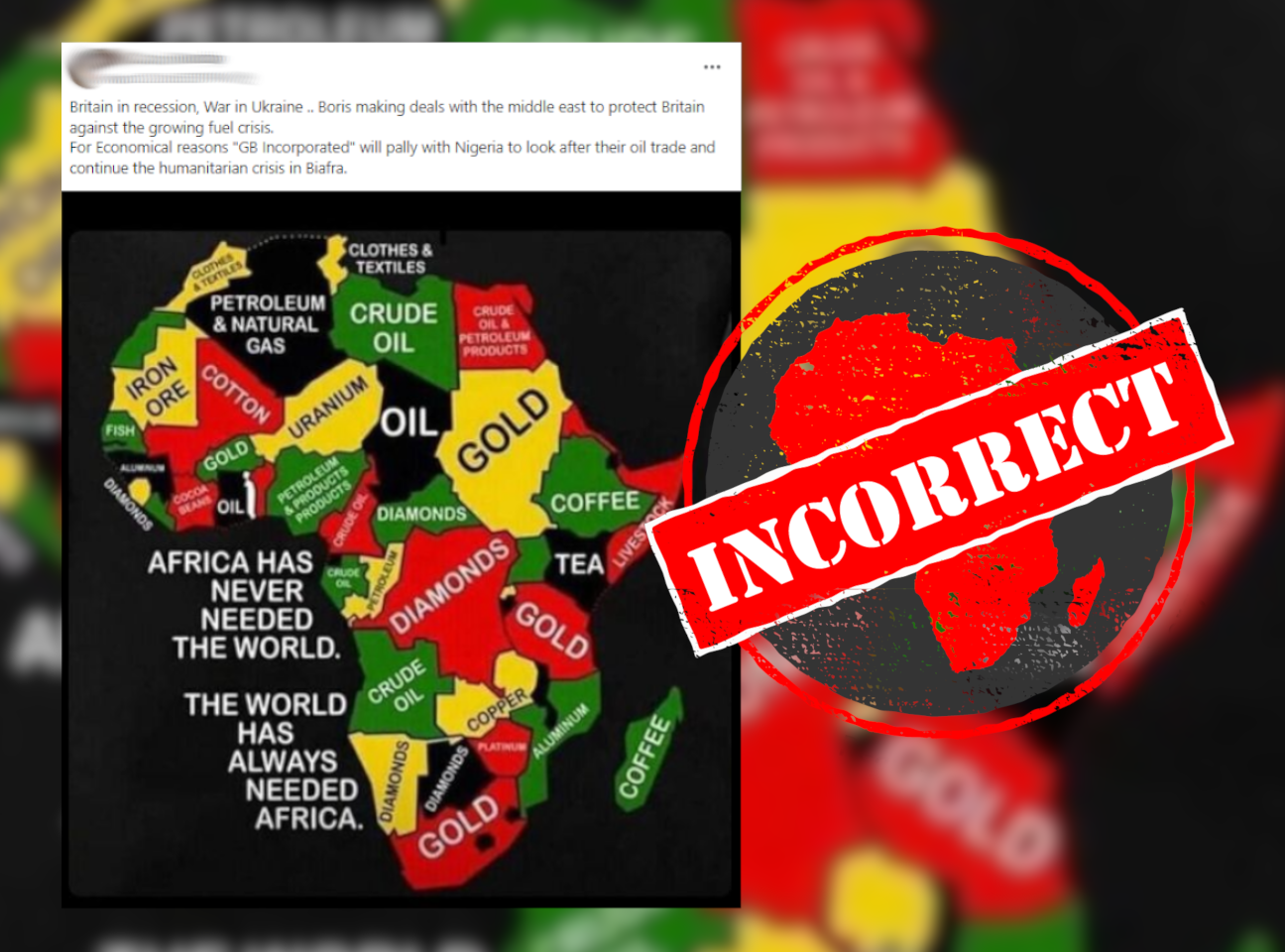 A country is considered to be in recession if it has two consecutive quarters of decline in its real inﬂation-adjusted gross domestic product (GDP), according to the International Monetary Fund (IMF). GDP is the value of all goods and services a country produces.

There is no publicly available evidence that Britain was in recession as of March 2022.

The most recent GDP figures published by the UK’s national statistics office were for January 2022. In that month the UK's GDP grew by 0.8%, and was up from the previous month. The office is set to publish February figures on 11 April.

A late-February analysis by the IMF showed that the UK’s economic recovery – from the Covid pandemic and the UK’s departure from the European Union – had proceeded faster than expected. The near-term growth outlook was strong.

The UK’s National Institute of Economic and Social Research predicted in March that the country might be headed for a recession in the second half of 2022 if energy prices remained at current levels. It said a looser fiscal and monetary policy “could stave off the possibility of a recession”.

There have been reports of Johnson’s attempts to make energy deals with countries in the Middle East, following the energy crisis caused by the Russian invasion of Ukraine.

But we could find no evidence the prime minister had made similar overtures to Nigeria.

Britain was not in recession as of March 2022. While Johnson may have been courting Middle Eastern oil-producing countries, we could not tie this to Nigeria or conditions in southeast Nigeria.