Whenever a politician joins Kenyan deputy president William Ruto’s political camp, he posts the announcement on his Facebook and Twitter pages, with a photo.

But a screenshot of one such Facebook post caught social media attention. It seems to show Ruto shaking the hand of Rachel Chebet Ruto – his wife.

The UDA is Ruto’s United Democratic Alliance. Kenya is set to hold elections on 9 August 2022. 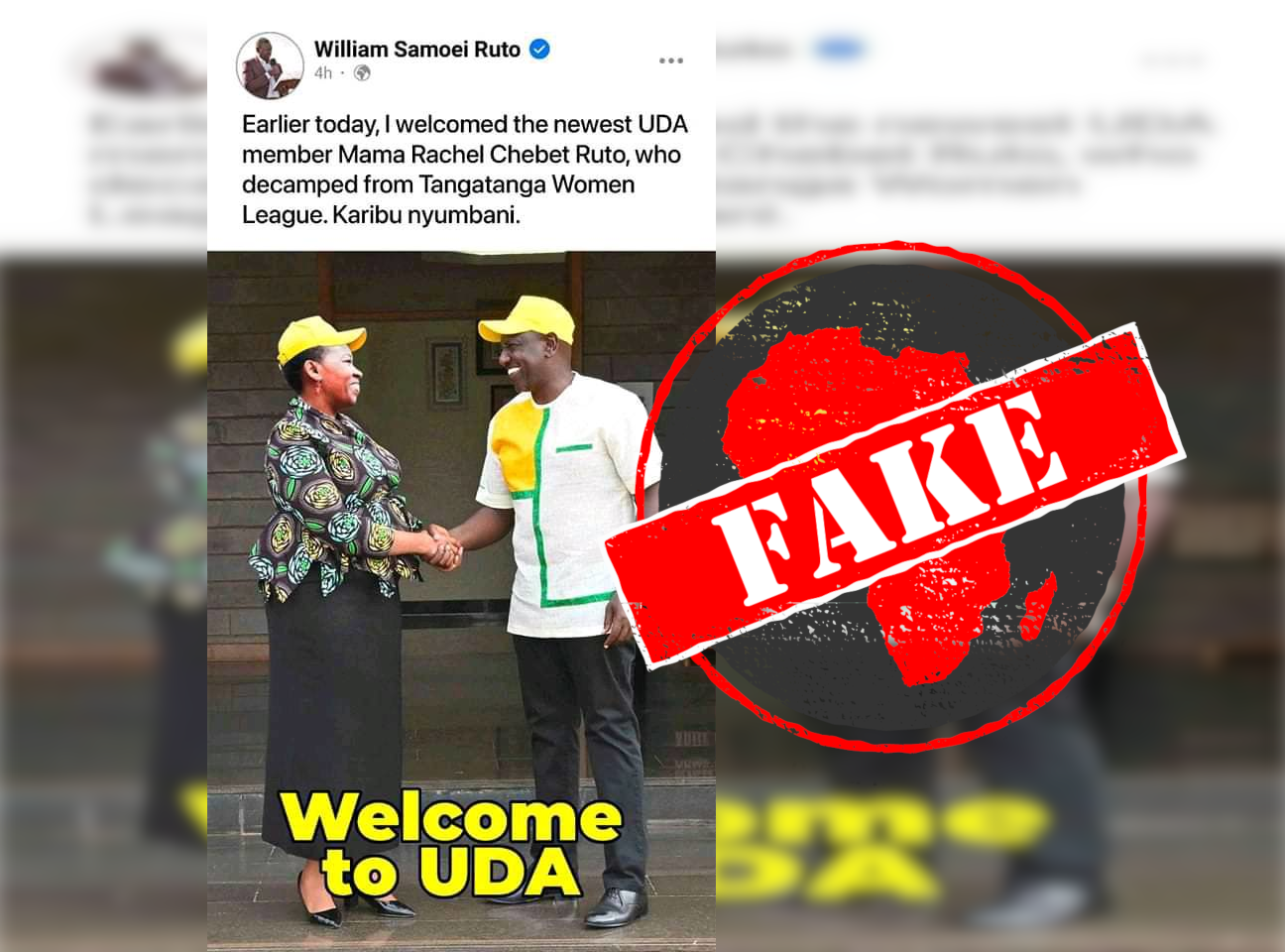 It will be unlikely for Ruto to welcome his own wife to the party as she does not participate in politics.

A reverse image search of the photo reveals that he posted it on Twitter and Facebook on 18 March.

It did not show Chebet. It is instead Jane Kagiri, a candidate for the position of Laikipia county women representative. The image has been altered, with Chebet’s face replacing Kagiri’s

The original photo was among others Ruto posted when he met several election candidates from the county.