A widely shared post on Facebook claims a top police officer in Uganda warned Ugandans to “prepare [their] wills and coffins” if they protested against the government.

Posted on 10 March 2020, it shows a photo of major general Paul Lokech, the deputy inspector general of the Uganda Police Force. It reads: “‘Prepare your wills and coffins before you come to the streets,’ Loketch warns protesters.”

This quote was first published in an article on 9 March 2021 on the Informer Uganda. However, the article has since been deleted.

Data from CrowdTangle, Facebook’s public insights tool, shows that the post has been shared hundreds of times, prompting thousands of reactions.

Ugandan president Yoweri Museveni has been in power since 1986 and was declared the winner of a highly disputed 14 January 2021 election.

This post began to circulate just hours after Wine called for peaceful protests against the election results. But did a senior police officer effectively warn protesters they risked death if they took to the streets? 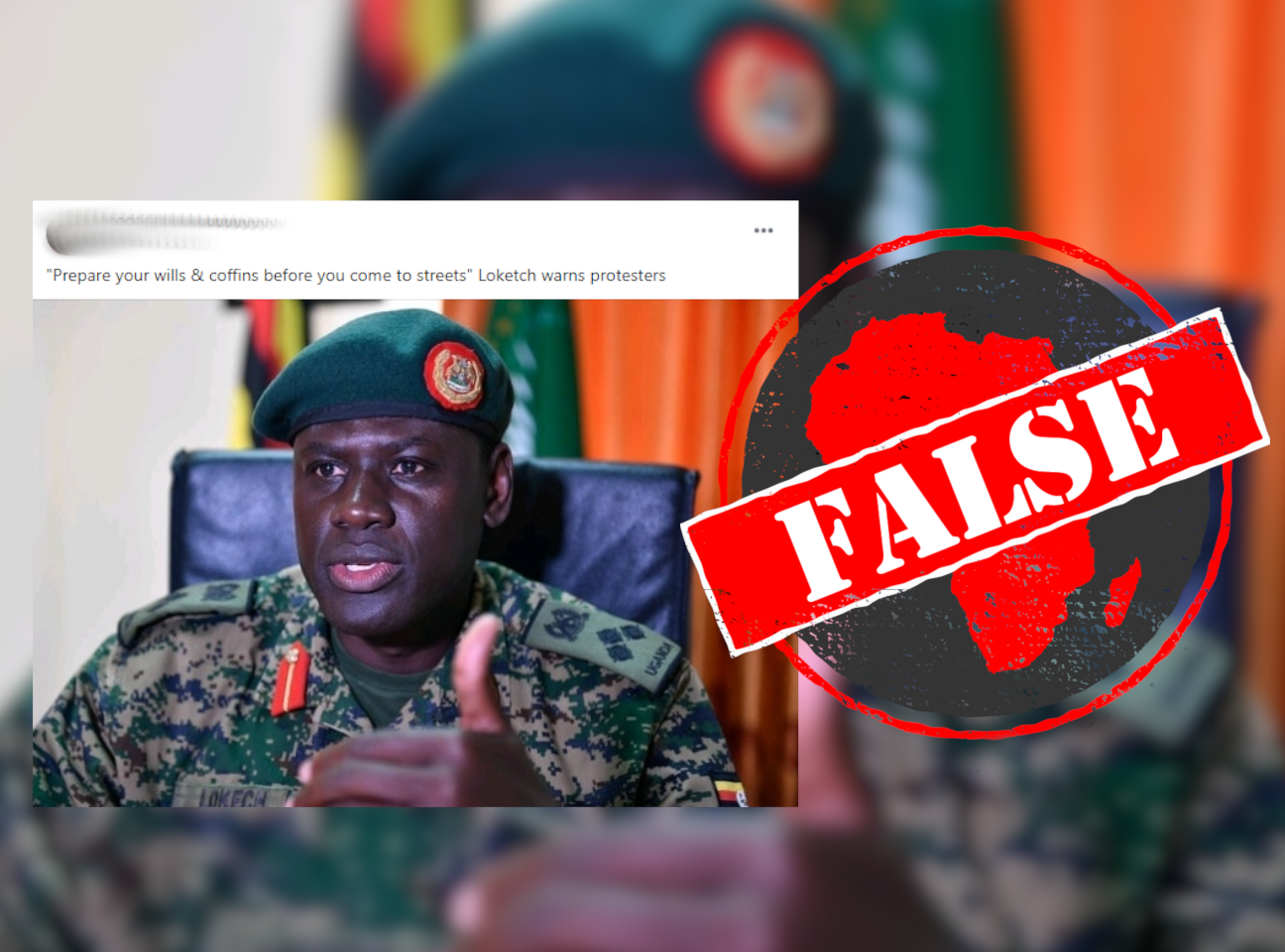 The Uganda police force shared a screenshot of the Informer Uganda on Twitter, dismissing the quote as “fake news”.

The tweet reads: “Fake News: Please disregard a recent social media story by ‘The Informer’ under the headline ‘Prepare your wills and coffins before you come to the streets’ that is attributed to the DIGP [deputy inspector general] Maj. Gen. Lokech, has been found to be false and misleading.”

In a later tweet, the police force said “the statement does not reflect the position of the police” and that “the cyber crime unit has been notified of this misleading story for further necessary action”.

Do 50 people die every hour from diseases related to poor hygiene, as Nigeria television ad claims? It’s more than that!