Fuel prices have rocketed across the world in 2022 and South Africans have also been hard-hit at the petrol pump.

In this climate, it’s not surprising that people are looking for tips on how to save money – and might be quick to anger at useless advice.

This seems to be the case with a quote attributed to South African deputy minister of transport, suggesting that “there are proven fuel saving methods that have been used by South Africans for decades, like ‘Switching your lights off when driving at night.’”

But did minister Lydia Sindisiwe Chikunga say such a silly and downright dangerous thing? 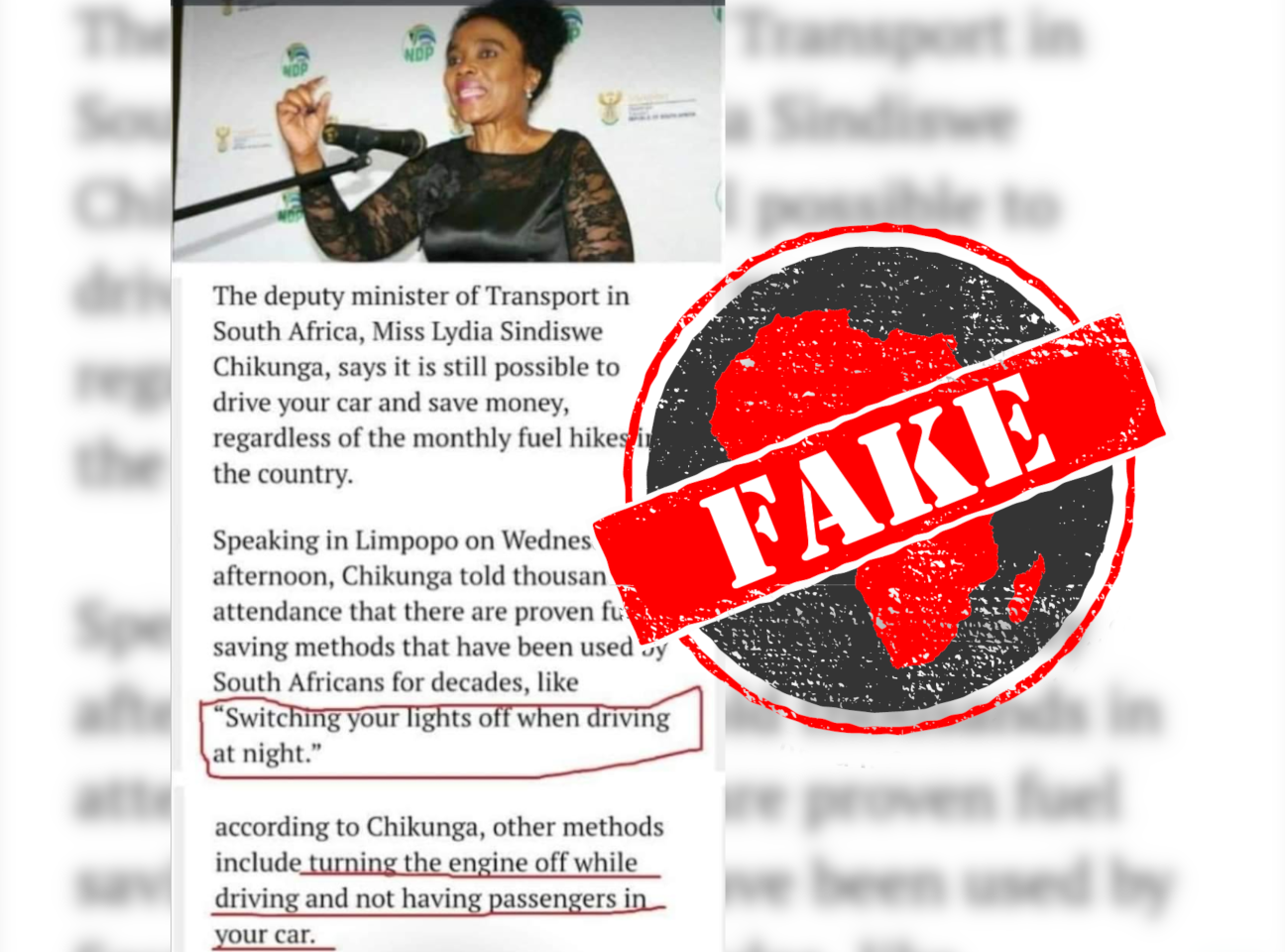 Debunked by Africa Check in 2019

If our alarm bells were ringing, we soon remembered why. There is no evidence Chikunga made this statement, as Africa Check debunked in 2019.

A number of Facebook users pointed this out in the comment section in March 2022, linking to our fact-check of the quote.

The exact same graphic was being shared on Facebook in May 2019, and we reached out to the minister then. She was happy to set the record straight.

“I’m happy that you are asking me about it,” Chikunga said. “I wouldn't have under any circumstances said something like that. It is a lie.”

The fake quote appears to have originated with the now-defunct fake news site “News Updates SA”.