“[T]echnically, fuel prices never went up in the past 25 years,” it reads. “If you go to a garage and ask for fuel for R500, they always give you fuel for R500, people just like complaining.”

The post is by “News Live SA” and includes a bitly link to the “Full story”. A photo of Chikunga is shown beneath the quote.

Motorists in South Africa tend to flock to petrol stations to fill up their vehicles just before price rises come into effect, most recently on 4 August 2021.

Fuel prices have increased in almost every month of 2021, with the inland price of unleaded petrol rising from R14.69 in January to R18.11 in August.

But did the deputy transport minister really say fuel prices have not increased in 25 years? 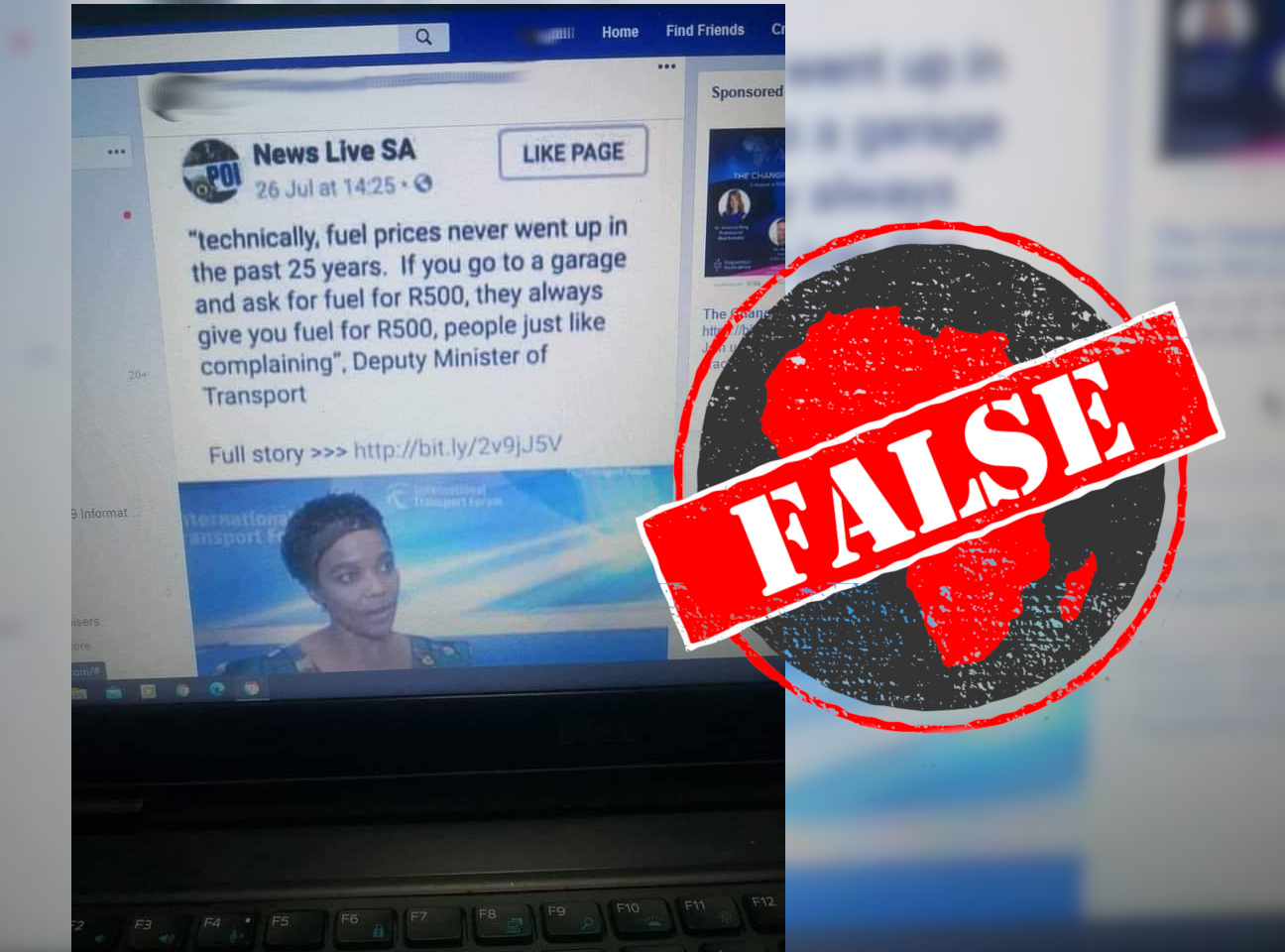 A search for “News Live SA'' on Facebook comes up empty. The bitly link leads to a site named News Updates SA. But we couldn’t find a “full story” behind the claim here.

So we searched for the text of the quote on Google. This led us to a long Twitter thread by Jean le Roux, a disinformation researcher for the Atlantic Council's Digital Forensic Research Lab, fact-checking it in August 2020.

“Yesterday a screengrab did the rounds attributing a statement to the Dep. Min. of Transport,” Le Roux writes. “This is not only fake news...but old fake news. The website that originally posted the article, run by a former PWC employee, was shutdown almost two years ago.”

Yesterday a screengrab did the rounds attributing a statement to the Dep. Min. of Transport.

The website that originally posted the article, run by a former PWC employee, was shutdown almost two years ago. 🤦🏻‍♂️ pic.twitter.com/3s6CAI0c2X

The quote was a trending topic in 2018, “snagged” by the third party website Trendolizer, Le Roux says. “Trendolizer looks like a social media trend aggregator, and in this case it grabbed the same headline in a trending story that did the rounds in July 2018...two years ago.”

Trendolizer also credits News Updates SA as the source of this claim.

Le Roux’s exposé of News Updates SA was published on News24 in 2018. Many false claims, several of them debunked by Africa Check, have come from the site.