“I never said anywhere that I was donating the bus,” the quote reads. “We simply used the bus as a model for what the school will buy. The parents must now move with speed to purchase one. My office does not have any allocation for school buses.”

The first graphic was posted on the Facebook page “KENYA DAIMA”. It shows a photo of Ruto, and carries the logo of the Star newspaper along with the newspaper’s web address: the-star.co.ke.

The second graphic was posted on the Facebook page “WanjikũRevolution Kenya”. The quote is identical, but the photo of Ruto is slightly different and the graphic includes the logo of the Nation media group, as well as the groups’ nation.africa web address

The quote comes against the backdrop of reports in Kenyan media that a school bus handed over to Kianjai secondary school in Meru county had been repossessed by the dealer.

But did the Star and Nation quote Ruto as saying that parents should take the responsibility of buying themselves a bus, as his office did not have any allocation for school buses? We checked. 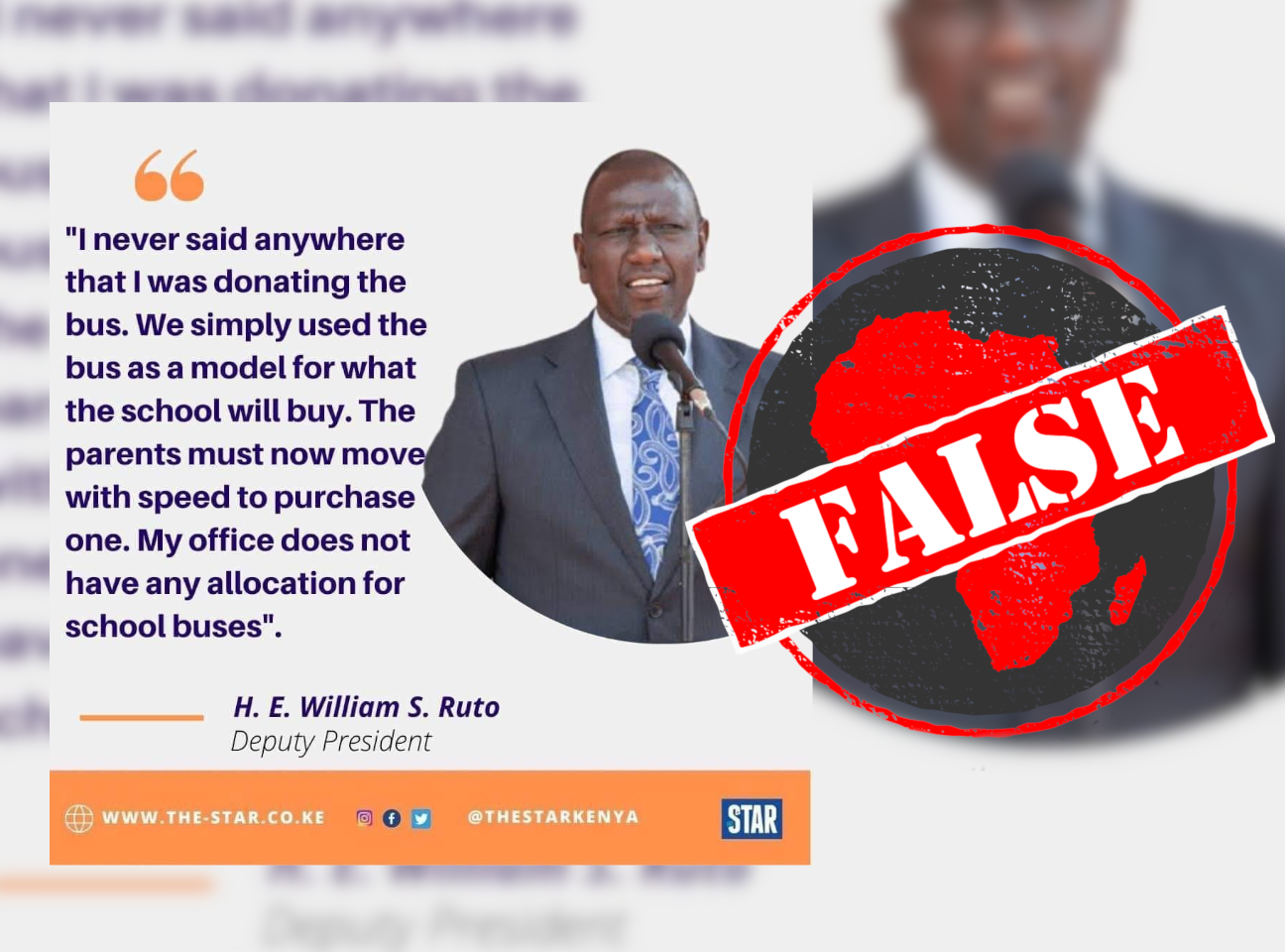 No record of quote

Most quotes by Ruto picked up by local media usually come from public addresses to his followers during political meetings and his active Twitter and Facebook pages. But there is no record of this particular quote.

While handing over the bus, Ruto, in his post on Facebook, said it was financed by the Tigania West Constituency Development Fund. He did not say it was a personal donation.

As for the graphic, the Star newspaper has stamped the quote as fake and cautioned that quotes by the Star are shared through verified pages only.

“Please note that this quote doing rounds on social media is fake. All quotes by the Star are shared on our verified pages #FakeNewsAlert,” it posted.

“Please be advised that the quote doing rounds on social media is a fake. Do not fall for fake news,” it posted.