“How to calm a crying baby,” reads the first in a series of graphics posted on a Facebook page with over 486,000 followers in February 2022.

Each graphic shows an illustration of the soles of a baby’s feet, with certain parts highlighted. Text below the illustrations describes health conditions that can be treated if the highlighted area is massaged.

The graphics link the part of the foot to a part of the body. For example, one graphic links the toes to the head and teeth, and says: “If the child has a headache or toothache, massage these areas.”

The graphics claim foot massage can treat nasal stuffiness and a runny nose, stomach ache, coughing, spasms and bloating. They also claim to make the intestines function better and help a baby relax. 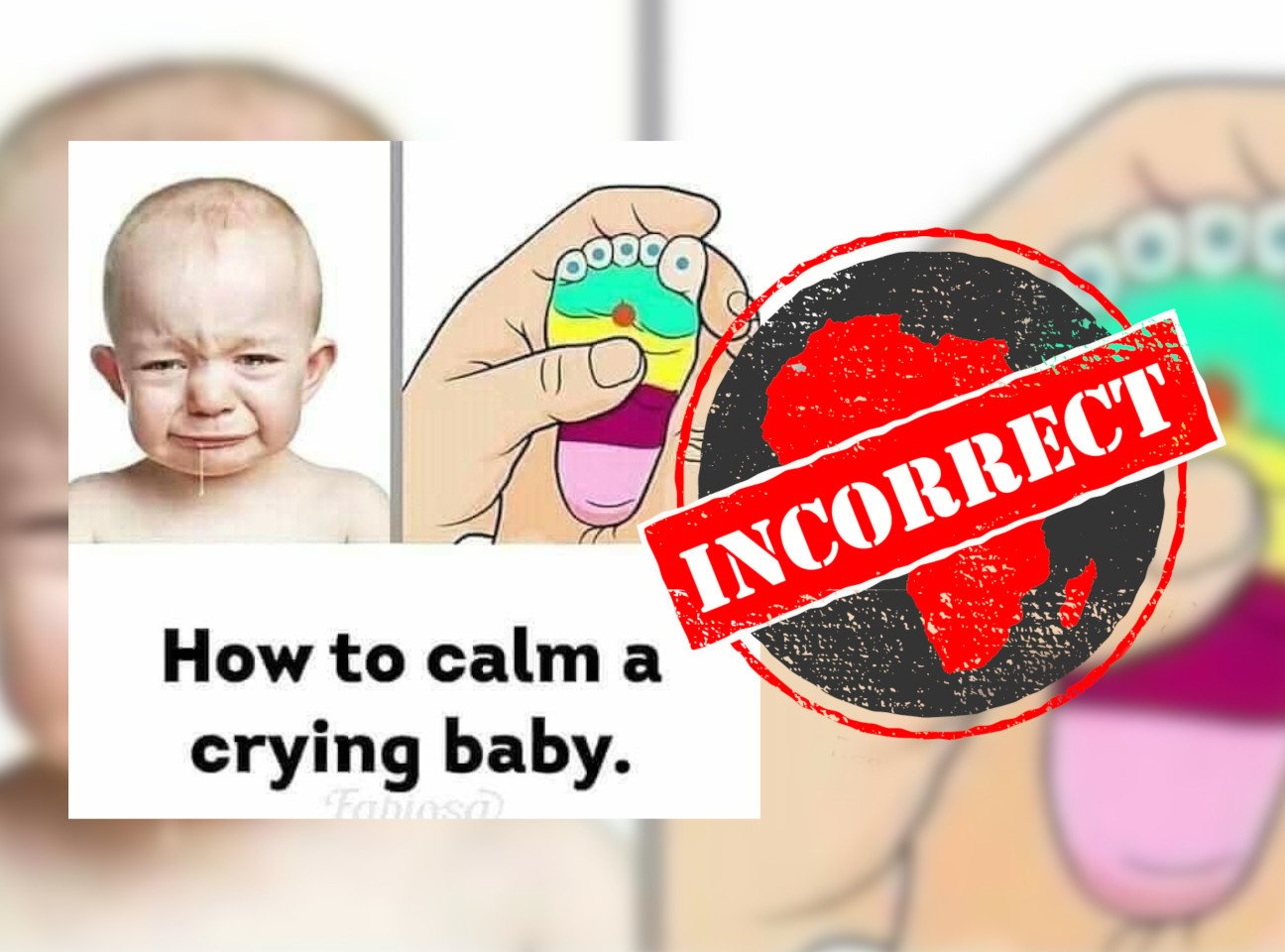 Massaging the soles of the feet to treat health conditions is known as reflexology, an alternative medical procedure. It has a long history – similar practices have been found in ancient Egypt, China and India, and may date back to as early as 3000 BC.

The central idea of reflexology is that internal organs and body parts can be stimulated by pressing on specific areas of the foot. Reflexologists believe each area of the body is linked to a particular part of the foot. Practitioners claim to be able to treat symptoms of various ailments by massaging these parts of the foot.

But what does the research say? We looked into whether evidence supports using this kind of massage to treat symptoms in babies.

Weak evidence for reflexology in adults and children

One 2011 review summarised the results of 23 studies of reflexology. Although some positive effects were found, these were limited by poor study design and other issues.

The authors concluded that “the best clinical evidence does not demonstrate convincingly reflexology to be an effective treatment for any medical condition”. Another review found that reflexology might help treat some symptoms of multiple sclerosis, but not of any other condition.

A 2020 review summarised the results of six studies looking at foot reflexology in infants and children. The researchers found that it may help to relieve pain and symptoms of colic. Another study suggested that reflexology may help reduce spasticity and improve motor skills in children with cerebral palsy.

But there are problems with these studies, which the review authors pointed out.

Importantly, there was no common method of reflexology described in the studies. This means it is difficult to tell whether the same practice was being done in all the studies. The studies also did not use established guidelines and protocols properly, which would have helped ensure consistent results.

This, among other problems, led the researchers to conclude that “it is too soon to generalise the results”. This means there is simply not enough evidence to say reflexology could have these effects on most children. Larger, more tightly controlled studies are needed to see whether it has any real benefits.

All in all, reflexology is an alternative medical practice that is considered low risk. Unless you suffer from some particular medical conditions or are pregnant, reflexology is generally thought to be safe.

But it is best that you first speak to a medical doctor about any potentially serious medical condition in your baby.