“Russia targets African Countries with missiles for talking about Russian Ukrainian War!!! PUTIN DECLARE WAR ON KENYA,” reads the description of a video clip posted on Facebook on 27 February 2022.

Vladimir Putin is the president of Russia.

On 24 February, Russia launched an all-out invasion of neighbouring Ukraine, ramping up a conflict that has been raging for eight years. The new phase of the war has led to over a thousand civilian casualties and more than 1.7 million people fleeing Ukraine. And like most major breaking news, it has also led to plenty of misinformation.

English subtitles appear over the clip’s Russian audio and apparently detail Putin’s plans to attack Kenya. One part reads: “As from now we'll start sending our missiles to Nairobi so we can destruct Kenya.”

The 26-second clip, originally from TikTok, was viewed on Facebook more than 670,000 times in just days. But are its subtitles accurate? 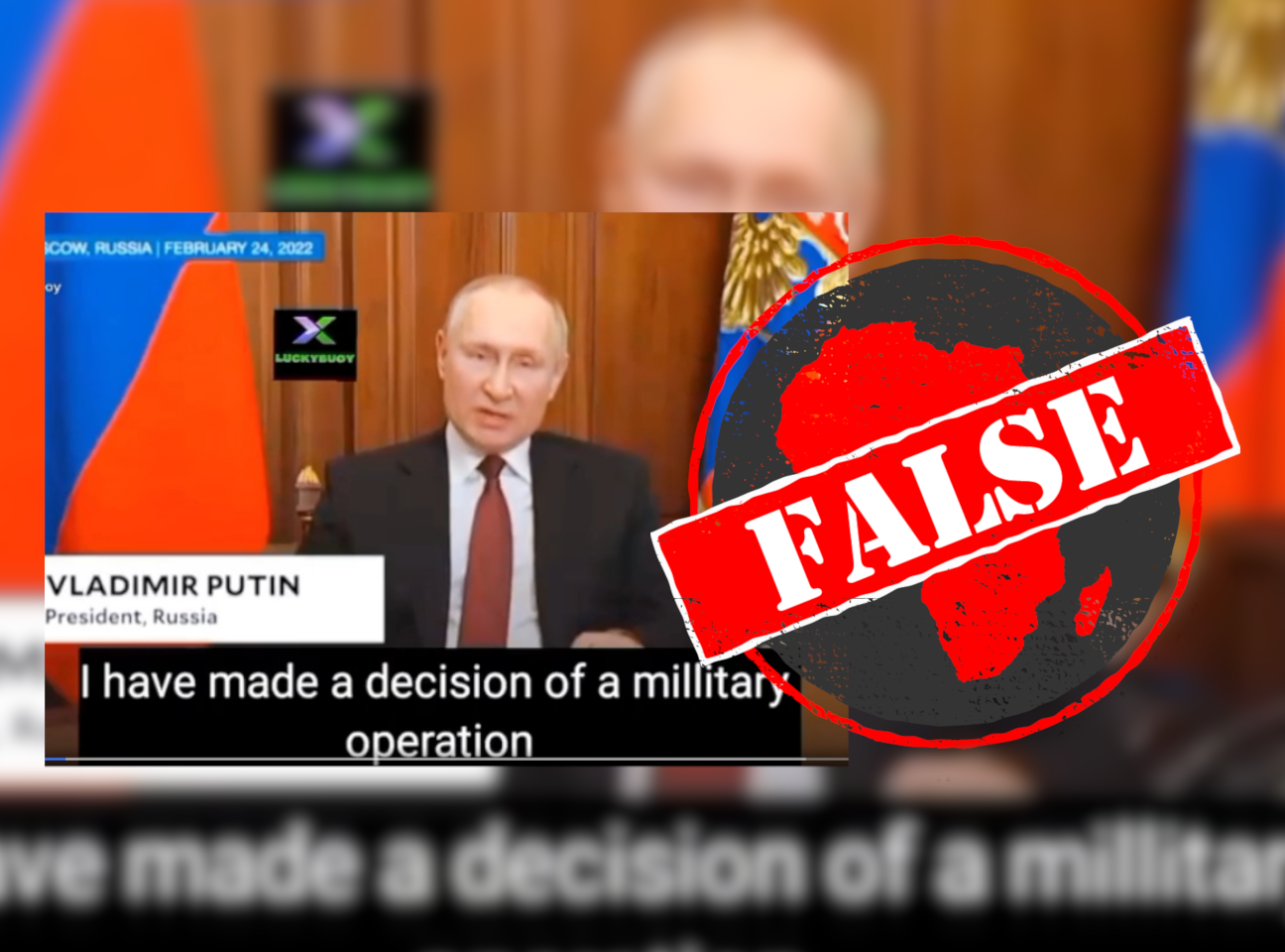 ‘Special military operation’ – but no mention of Kenya

The clip was taken from a recent TV address by Putin.

A search for Putin’s speech – including the date 24 February 2022, which appears on the clip – led Africa Check to the full video the clip was taken from. Several news outlets reported the speech, in which he announced Russia’s invasion of Ukraine.

The search also led to an English transcript of the speech provided by Bloomberg News. In it, Putin announces a "special military operation" in Ukraine, but does not mention Kenya or its capital Nairobi, or plans to attack any African country.

The clip is real but the subtitles are false. The exact clip, with accurate English subtitles, can be found on various news websites.