A post shared on Facebook in Nigeria on 20 July 2021 claims that a suspended high-ranking police officer threatened to “expose” two senior members of government.

The Facebook post reads: “If Nigeria government allow FBI to arrest me, I will expose Lai Muhammad and Femi Adesina says Aba Kyari.”

Abba Kyari is a deputy commissioner and a member of the inspector general’s intelligence response team at Nigeria’s police force headquarters in Abuja.

Kyari is being investigated by the US Federal Bureau of Investigation for allegedly making an arrest at the request of Instagram influencer Ramon Abbas, popularly known as “HushPuppi”.

Abbas has pleaded guilty to money laundering, fraud and other offences in a US federal court, after being arrested in Dubai in the United Arab Emirates and extradited to the US.

Lai Mohammed is Nigeria’s current minister of information and culture, while Femi Adesina is a special adviser on media and publicity to president Muhammadu Buhari.

The post has been shared more than 200 times but some commenters questioned the authenticity of the quote. One Facebook user said: “How true is this news? Did he really say that?” 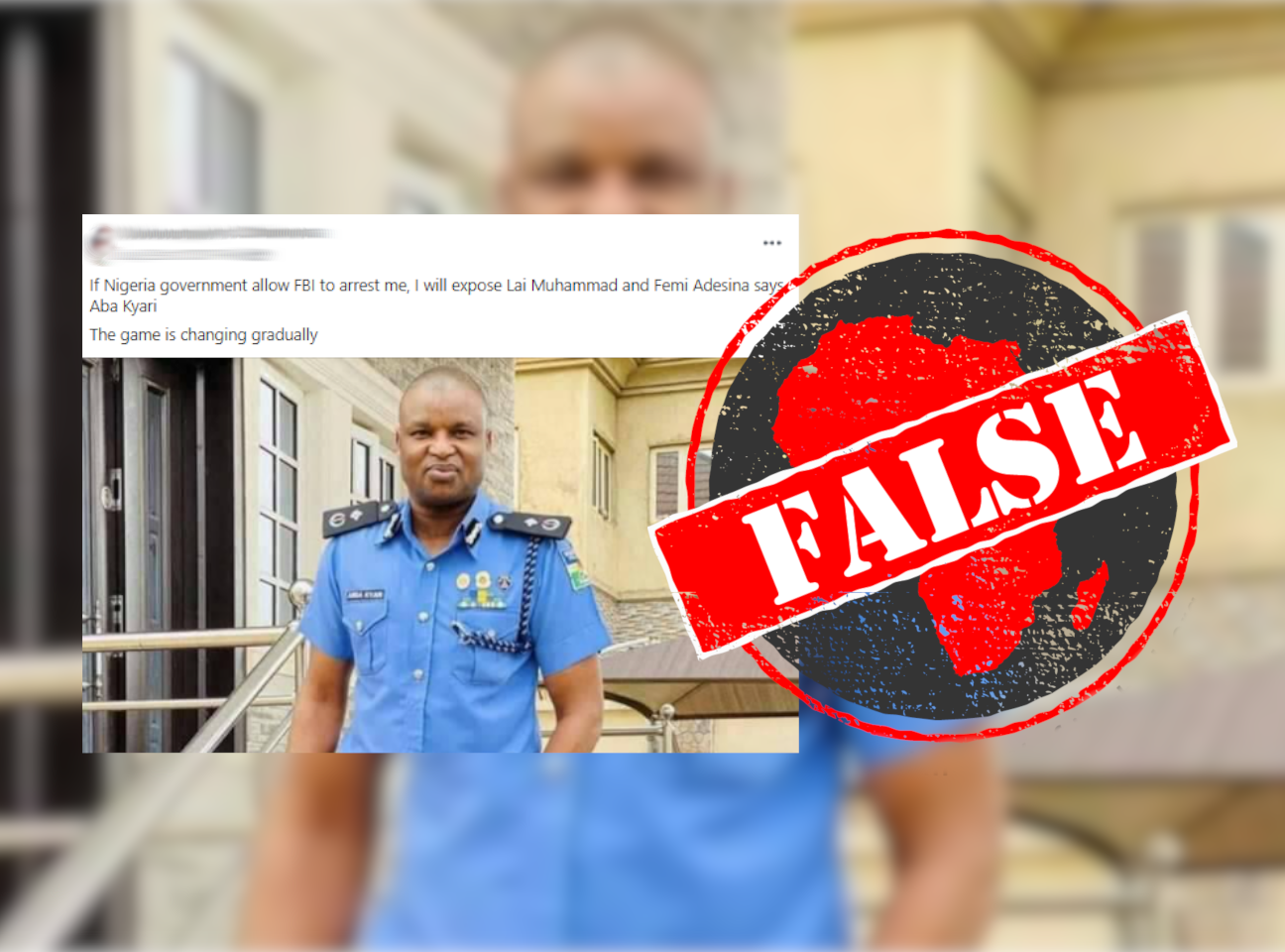 No mention on Kyari’s official accounts

There are no details in the Facebook post of where or when Kyari allegedly made the threat. Lack of such detail is often a red flag that something on social media is fabricated.

There have also been no reports in the mainstream media of Kyari saying any such thing, which would be expected if it were true.

There is no evidence the suspended deputy commissioner of police threatened Mohammed or Adesina.