Soon after the announcement, a screengrab of what seems to be a tweet in which Samia Suluhu, president of neighbouring Tanzania, appears to congratulate Karua, began circulating on social media.

This loosely translates as: “I have received with happiness news of Martha Karua’s appointment as Raila Odinga’s running mate. Karua is recognised across Africa for her exemplary work and she will be very useful to Kenya. I urge Kenyans to use the opportunity for change well.”

Suluhu is the first female president of Tanzania. But did she really tweet this? We checked. 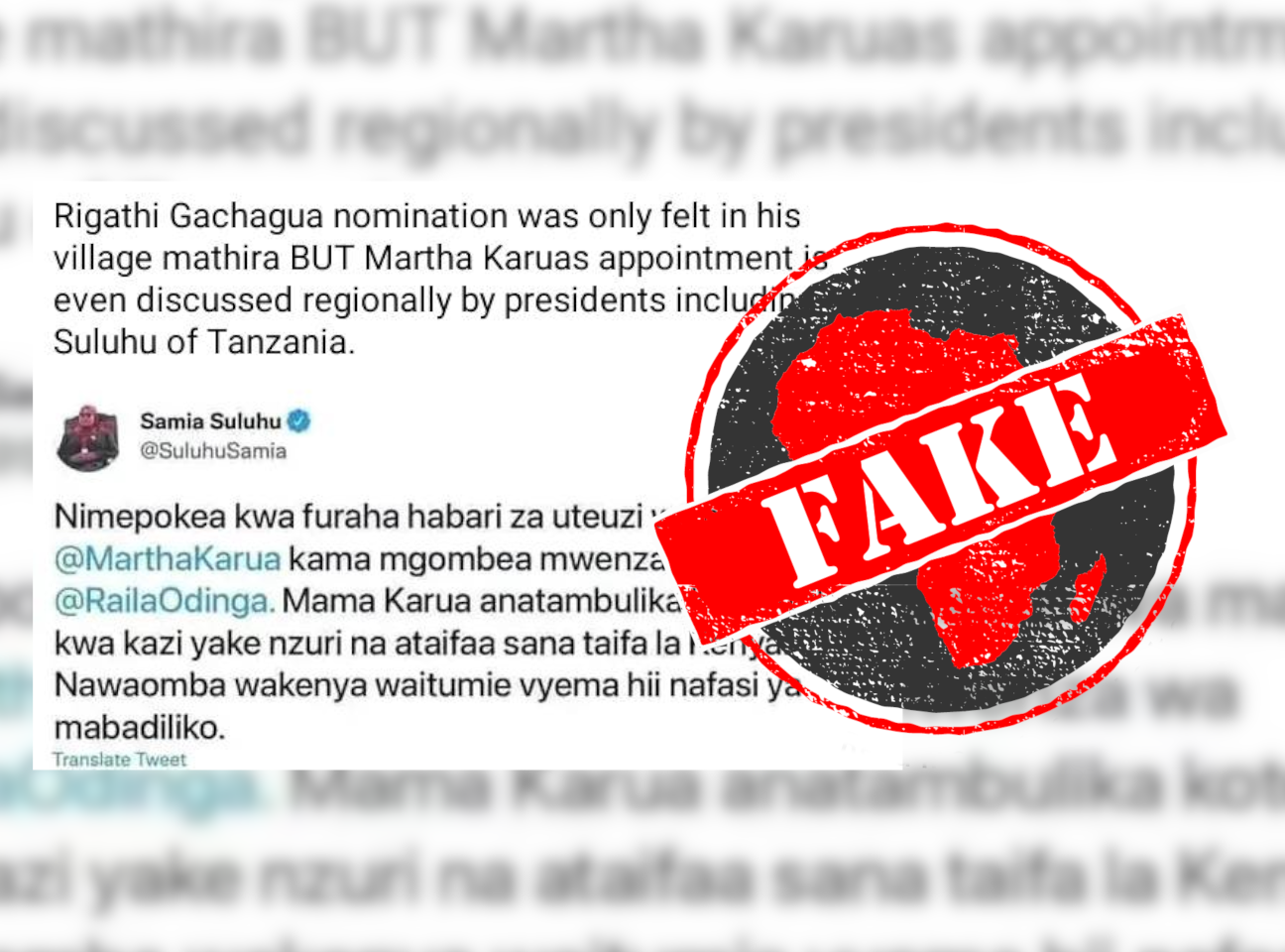 A Twitter search for it returned no results. The date on the tweet is 15 May, the day before Odinga’s announcement. This is strong evidence that it’s fake.

And there was no mention of the tweet by any credible media outlet. If Suluhu had congratulated Karua on Twitter, it would have been big news in Kenya - and Tanzania.

On 16 May, Kenyan government spokesperson Gerson Msigwa posted a message on Instagram dismissing the tweet as fake.