No, there are not 26 million migrants in South Africa

A post shared on Twitter claims there are over 26 million migrants living in South Africa. It lists, among other nationalities, “8 million Zimbabweans … 2 million Mozambique … 3 million … Malawi [and] 500,000 Lesotho”. It also claims there are “1.5 million Pakistan” and “1 million India”.

It describes these numbers as an “invasion” of South Africa.

The same figures have also been shared on Facebook. A comment on the post called it “madness”. Another person said South African president Cyril Ramaphosa “must do something”.

Are these claims supported by credible data? We checked. 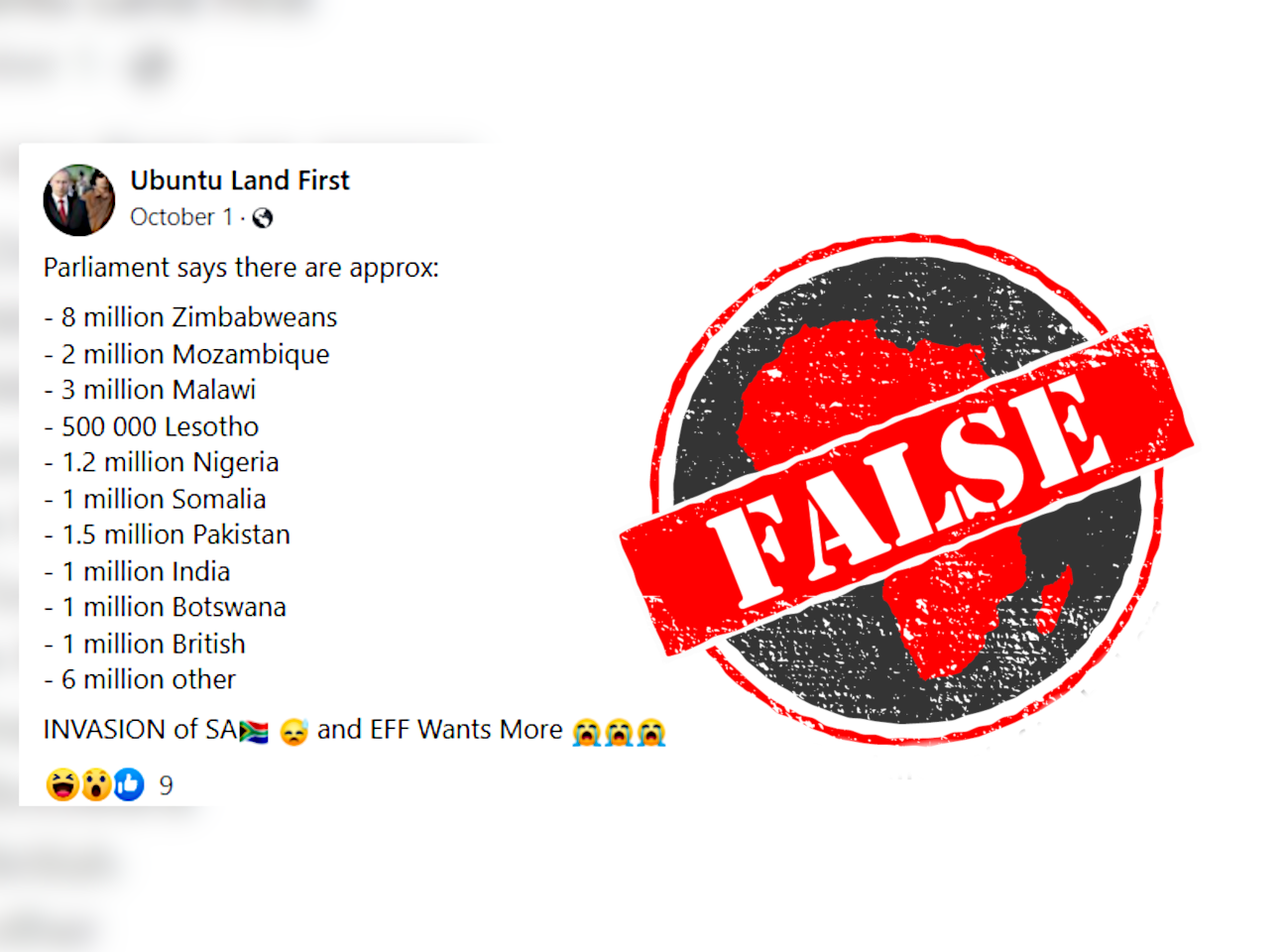 According to the latest figures from Statistics South Africa (Stats SA), there were 60,142,978 people living in the country in 2021. If the post’s claim was correct, then migrants would account for around 43% of the population.

South Africa’s last census was conducted in 2011. It estimated that there were 2.2 million foreign-born people living in the country. The next census will be conducted in 2022.

In 2020, Stat SA’s chief director of demography and population statistics, Diego Iturralde, estimated the number of foreign-born people living in South Africa at around 3.9 million. This was based on the agency’s 2020 mid-year population estimates.

Iturralde said this figure included “naturalised South Africans, all major categories of migrants with permits and visas, as well as undocumented migrants”.

Estimating migrant numbers is a complex exercise. However, a migrant population larger than what has been officially recorded would leave a “demographic footprint”. This would show up in increased deaths and births in the regions where migrants have settled.

The United Nation’s population division releases annual estimates of international migrants by age, sex and origin. In previous years they have estimated higher numbers of migrants in South Africa than Stats SA.

They have also highlighted the difficulty in estimating the number of migrants living in the country.

The claim that there are over 26 million migrants living in South Africa is not supported by data. It is false.

Still no evidence for #15MillionIllegalMigrants in South Africa

No, video of drowned migrants on Libyan coast, not ‘Covid-19 infected’ bodies thrown in sea

Europeans fleeing to North Africa during second world war? No, photos of Albanian mass exodus to Italy in 1991

A member of South Africa’s ruling African National Congress claimed that millions of Zimbabweans live in the country, we checked.

Still no evidence for #15MillionIllegalMigrants in South Africa