It does not give any other details or a source for its information.

The human immunodeficiency virus, or HIV, attacks the body’s white blood cells, specifically the CD4 cells, and weakens the body’s immunity to infection. It can be transmitted through contact with an HIV-positive person’s blood or other body fluids, usually during unprotected sex or from mother to child during birth or breastfeeding.

As of 2020, South Africa had an estimated 7.8 million people living with HIV. That is just over 13% of the population.

Acquired immunodeficiency syndrome, or Aids, is the term applied to the most advanced stages of HIV infection. However, with antiretroviral therapy, or ART, most people with HIV do not develop Aids.

But has a cure for HIV been found? We checked. 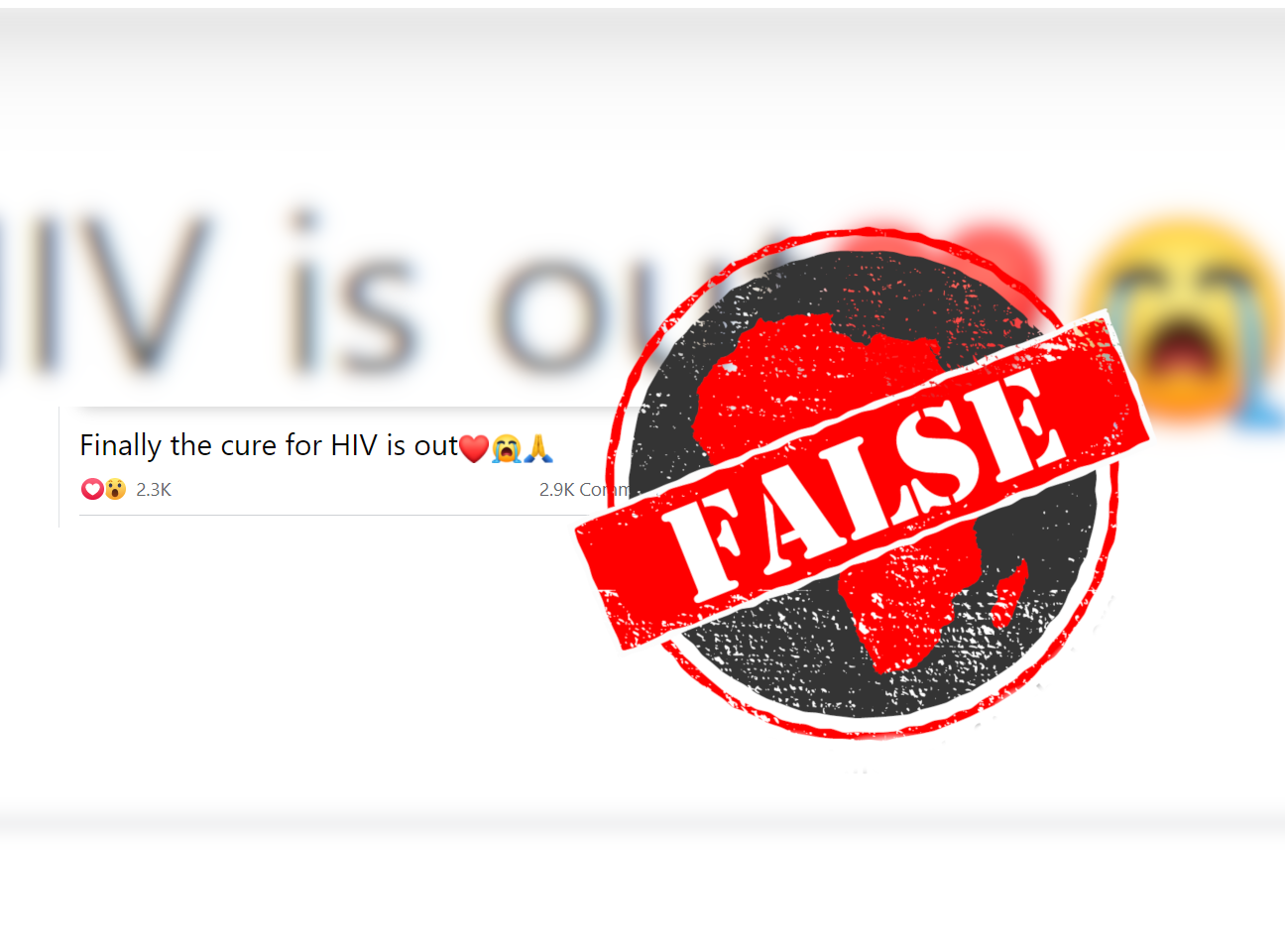 ‘No effective cure for HIV’ – CDC

According to the US Centers for Disease Control, or CDC, there is currently no effective cure for HIV.

HIV can be managed through the use of ART, which includes a combination of medicines taken daily. These medicines reduce the amount of HIV in the body, known as the viral load, and raise the body’s CD4 count.

This allows the body to develop immunity to fight off infections. It also significantly reduces the risk of giving HIV to anyone else. An undetectable viral load leads to virtually no risk of transmitting HIV to a partner through unprotected sex and helps prevent transmission from mother to child.

The South African government has rolled out ARTs to HIV-positive people since 2003.

But ART does not cure HIV.

Vaccines against HIV tested, but none approved yet

Moderna announced on 18 August 2021 that it was set to begin human trials of its HIV vaccine. It uses mRNA technology based on the same technology as the company’s Covid-19 vaccine.

Johnson & Johnson completed phase 2 trials for its HIV-vaccine candidate in August 2021. It was trialled in sub-Saharan Africa among women who were at high risk of HIV infection but the vaccine “did not provide sufficient protection” against HIV.

There is currently no available vaccine against HIV. And a vaccine would prevent infection but not be a cure for the disease.