No, train station in Mexico named after Ethiopia, not its emperor Selassie

“[D]id you know that Mexico was the only country that supported Ethiopia against Italian Invasion,” asks a screenshot posted on Facebook.

“This picture of Selassi was made in Mexico City in 1954 (where it looks like he was enjoying them as much as they enjoyed him). In his honour, they named a metro station after him.”

It shows a black and white photo of a smiling man with a strong resemblance to Ethiopian emperor Haile Selassie, wearing a sombrero hat. Selassie ruled the country from 1930 to 1974.

On 20 June 1954, the US-based New York Times newspaper reported that Selassie was on a five-day visit to Mexico.

A Google search reveals that in October 2019 the Mexican embassy in Ethiopia tweeted an uncropped version of the photo, indicating that it is indeed of Selassie. 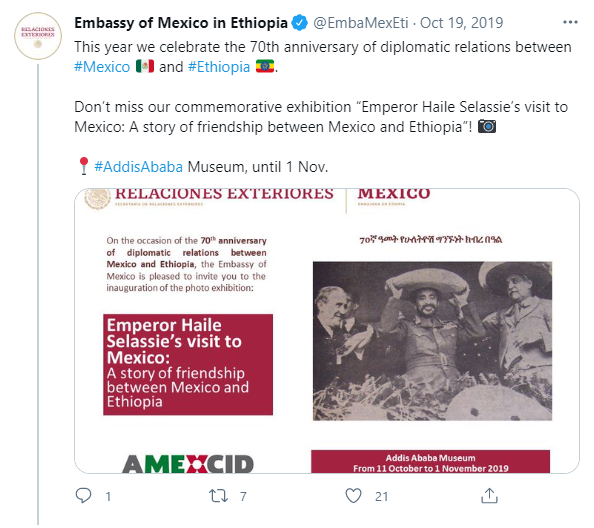 But did Mexico really name a train station after Selassie? We checked. 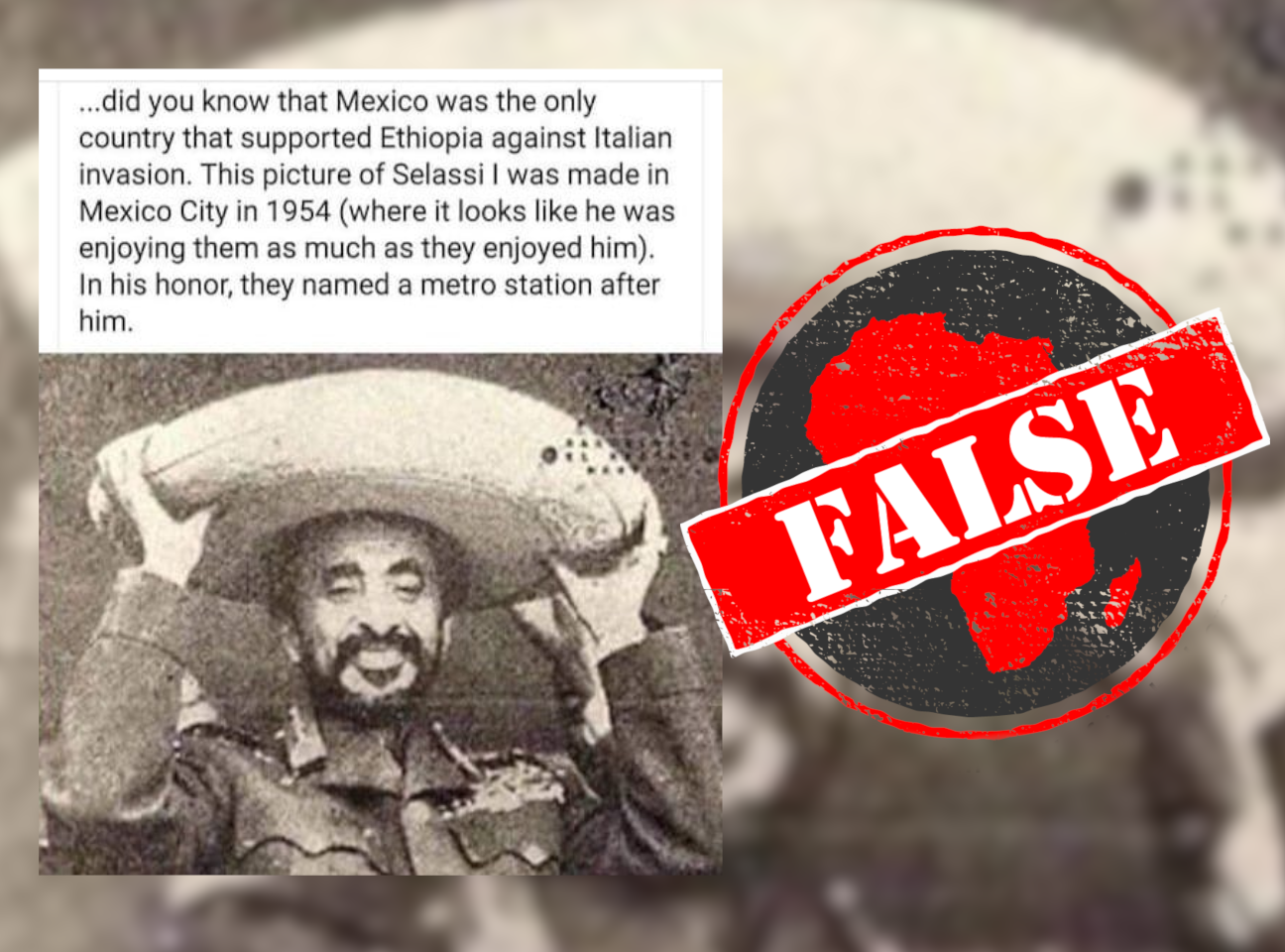 ‘Named in support of the Independent Ethiopia’

Another Google search brought up another tweet, this time by the Ethiopian embassy in Kenya. 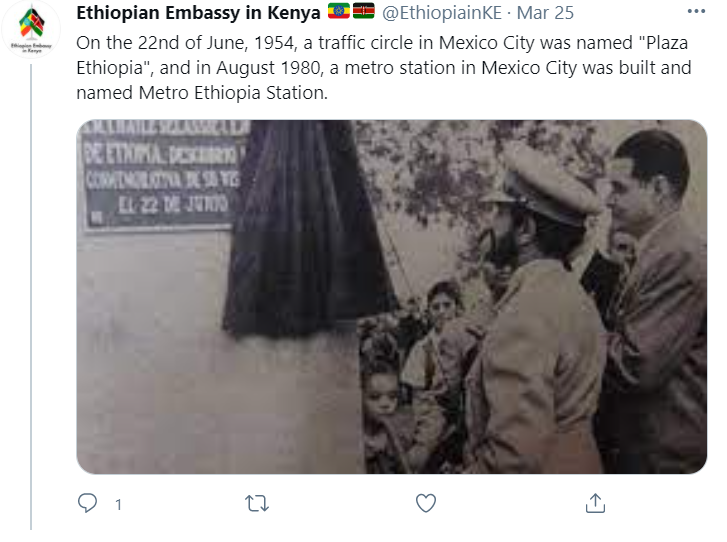 More searching led us to Mexico City’s government website, where the history and details of “Metro Etiopia” are explained.

The station “used to be the Glorieta de Etiopia, named in support of the Independent Ethiopia after the Italian invasion in 1935”, the city website says.

“The lion’s head station logo is a reference to Ethiopia. Inside a plaque commemorates the 1954 visit to Mexico by Haile Selassie who was the Emperor of Ethiopia from 1930 to 1974.”

Mexico was one of the countries in the League of Nations that imposed sanctions on Italy and was the only one to call for reinforcement of sanctions against Italy for violating Ethiopia’s sovereignty.

“To commemorate Mexico's assistance to Ethiopia during its occupation by Italy; Ethiopia named a center square in Addis Ababa ‘Mexico Square’. Currently, Mexico is a non-permanent member of the United Nations’ Security Council,” the Ethiopian Embassy in Kenya tweeted on 25 March 2021.