An ad posted in a public Facebook group announces that “St Mary’s Schools and Colleges” in Uganda are hiring.

The ad appears to be from the Ugandan newspaper Daily Monitor – it’s in the form of a poster, with the logo of the newspaper and the date 14 January 2022 across the top.

“Interested applicants” are asked to submit their applications to a Gmail email address by 28 January.

But is this job ad legit? We checked. 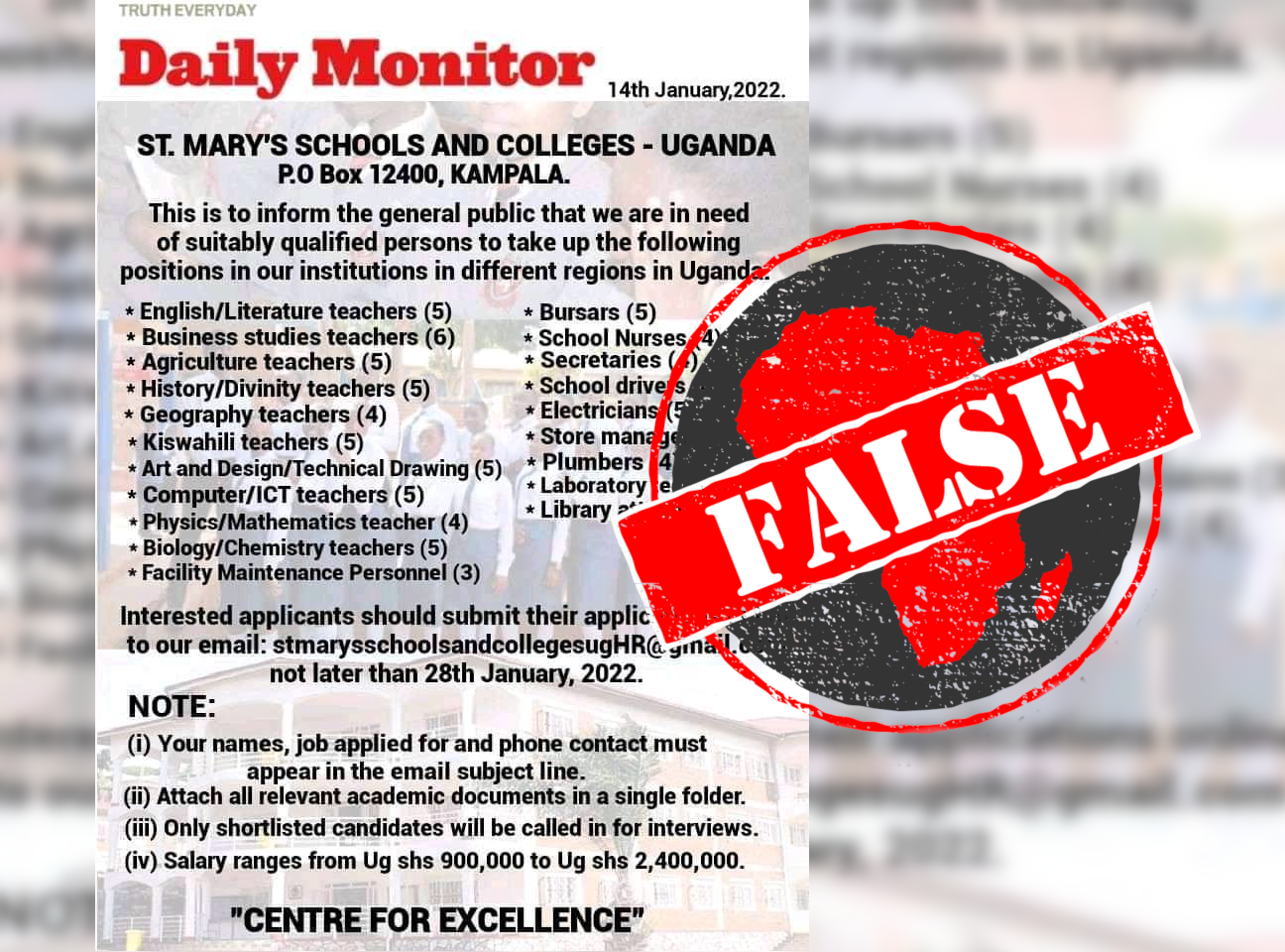 We searched the Daily Monitor’s social media for the St Mary’s ad but could not find it.

We did find that the newspaper had flagged the ad circulating on social media as “fake”, in a warning on their official Facebook page on 21 January.

We also searched online for an institution called “St Mary’s Schools and Colleges” and came up empty.

We found St Mary’s College, Kisubi, a secondary school founded by the Catholic church, and St Mary’s Kitende Senior Secondary School. privately owned by Dr Lawrence Mulindwa. The two schools do not appear to be connected.

We also asked contacts in Uganda if there was any institution known as St Mary’s Schools and Colleges and will update this report when we hear back. But in the absence of evidence that any such school exists, consider this job ad false.

For more tips on Facebook scams and how to spot them, read our guide.