No, Ugandan top military commander did not tell Buganda Kingdom 'we shall crush you' on Twitter

A screenshot shared on Facebook appears to be a tweet from a top military officer in Uganda, threatening to “crush” the “Buganda kingdom”.

The tweet reads: “Buganda Kingdom. Am here to remind you that we shall crush you like we have done in the past and am assuring you that you can completely do nothing about it. We have the guns and we have the power. Let me hope hope you have clear seen your so called kabaka we shall completely crush and leave no stone un turned.”

It is attributed to Muhoozi Kainerugaba, the commander of the Special Forces Command, an elite force of Uganda’s military. He is also the son of president Yoweri Museveni.

The screenshot was also shared here and here.

The tweet was posted on 14 April 2021, as the Kingdom of Buganda, a kingdom within the country of Uganda, attempted to dispel rumours that the reigning monarch, or kabaka, Ronald Muwenda Mutebi II, had been poisoned.

Museveni’s government has always insisted that the kingdom is only cultural, with no role in governing. In September 2009, the government deployed the military to stop protests by youth loyal to the king.

But did Kainerugaba, a top military officer and Museveni’s son, tweet that the military would “crush” the kingdom? 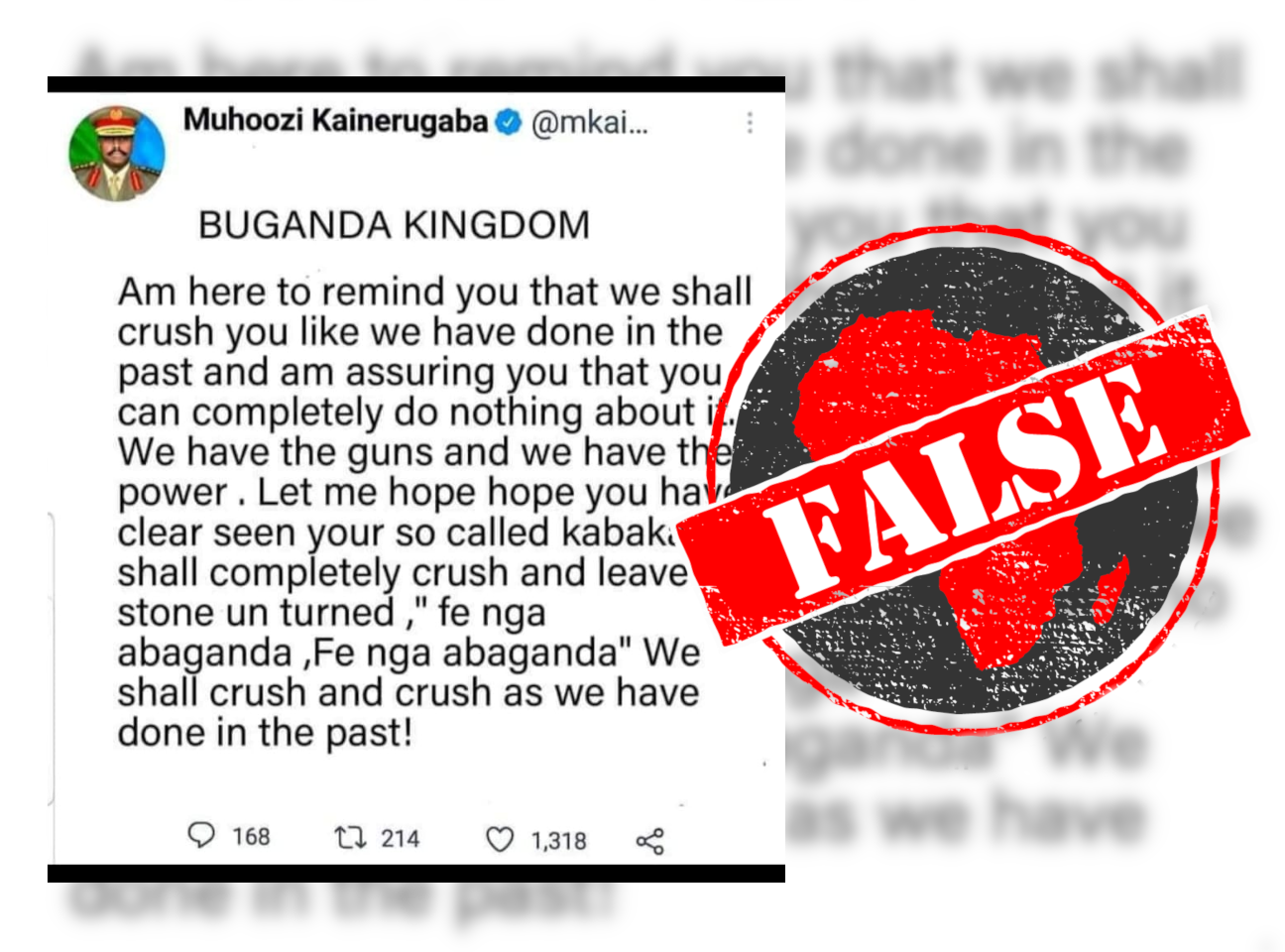 The text of the screenshot doesn’t match the font used on Twitter, but it could be of a tweeted image.

The screenshot also doesn’t show any publication date or time, unlike the usual Twitter format. But most of the posts on Facebook sharing the image were published on 14 April 2021.