On 14 January 2021, Uganda went to the polls after an election campaign marred by violence. President Yoweri Museveni was declared the winner, extending his 35-year rule.

It reads: “BREAKING NEWS We deeply apologize for announcing fake results to the public due to intimidations of our lives and our dear families by DICTATOR Museveni.”

Data from CrowdTangle, Facebook’s public insights tool, shows that the screenshot has been shared multiple times, prompting hundreds of reactions.

NBS is a mainstream TV station in Uganda. Did the broadcaster apologise for announcing “fake” poll results? We checked. 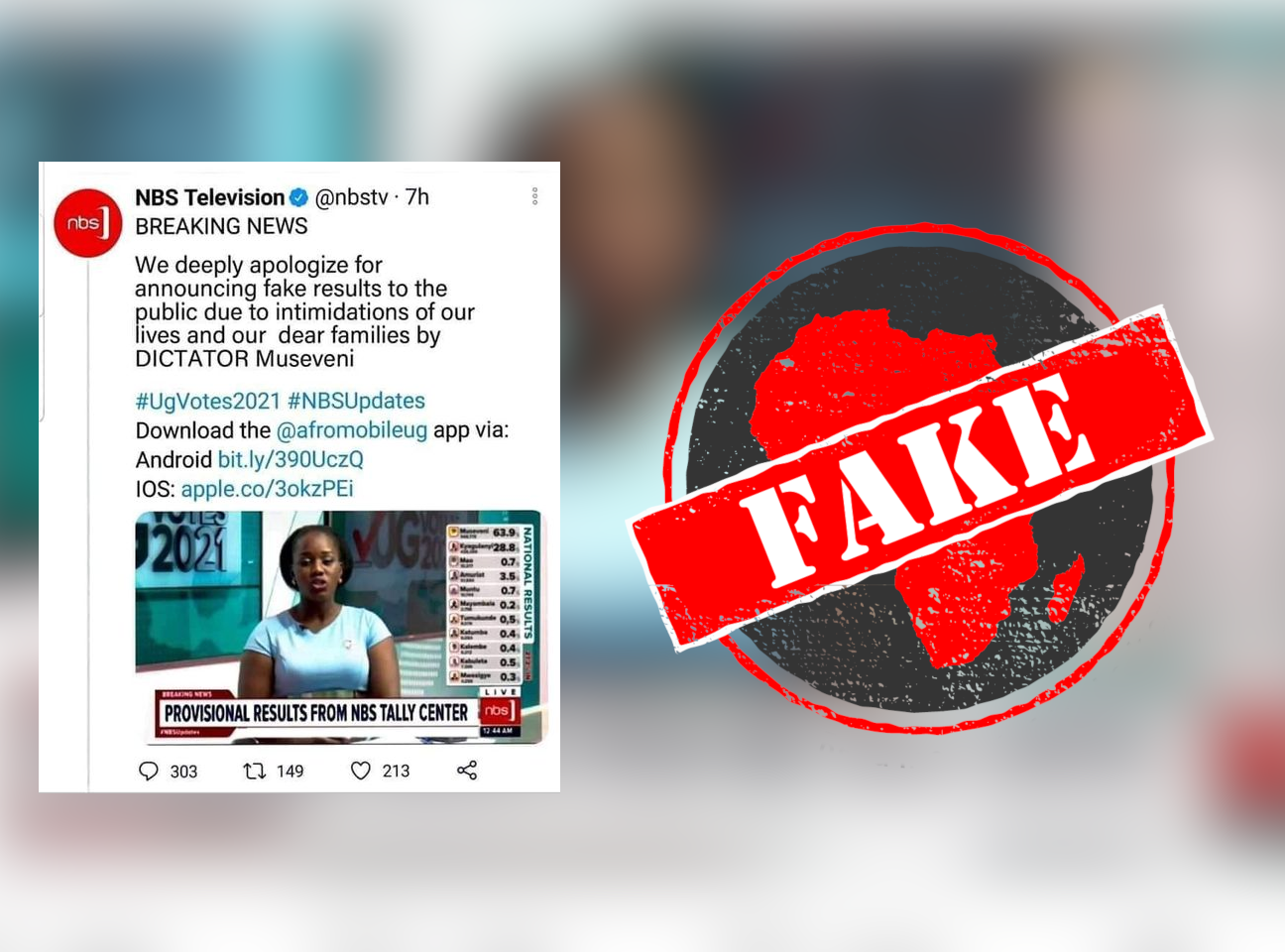 Disregard this screenshot circulating on social media and WhatsApp!

It shows the screenshot, stamped “FAKE TWEET” in red, and reads: “Disregard this screenshot circulating on social media and WhatsApp! It is FAKE NEWS / FAKE TWEET! #FightFakeNews #NBSUpdates #UgVotes2021.”