No, UK’s Elizabeth II, the Pope and pharmaceutical CEOs have not been found guilty of crimes related to Covid-19 or vaccines

A video published on Facebook on 17 January 2022 claims that warrants of arrest are out for 75 high-profile people for “crimes against humanity” related to the Covid-19 vaccine.

The list includes the UK’s Queen Elizabeth II, the head of the Catholic Church Pope Francis and the CEOs of pharmaceutical companies Pfizer and GlaxoSmithKline.

In the video shared on Facebook, an unidentified man with a New Zealand accent shares a main video, displayed in a browser window. Here another man introduces himself as “Kevin Annett” and says he is the chief advisor of the “International Common Law Court of Justice”. He reads from a document which he claims is a judgement of the court.

This means: “Go and arrest your local pharmacist, doctor, clinic staff or those giving the injection NOW!”

What claims are made in this video and are they accurate? 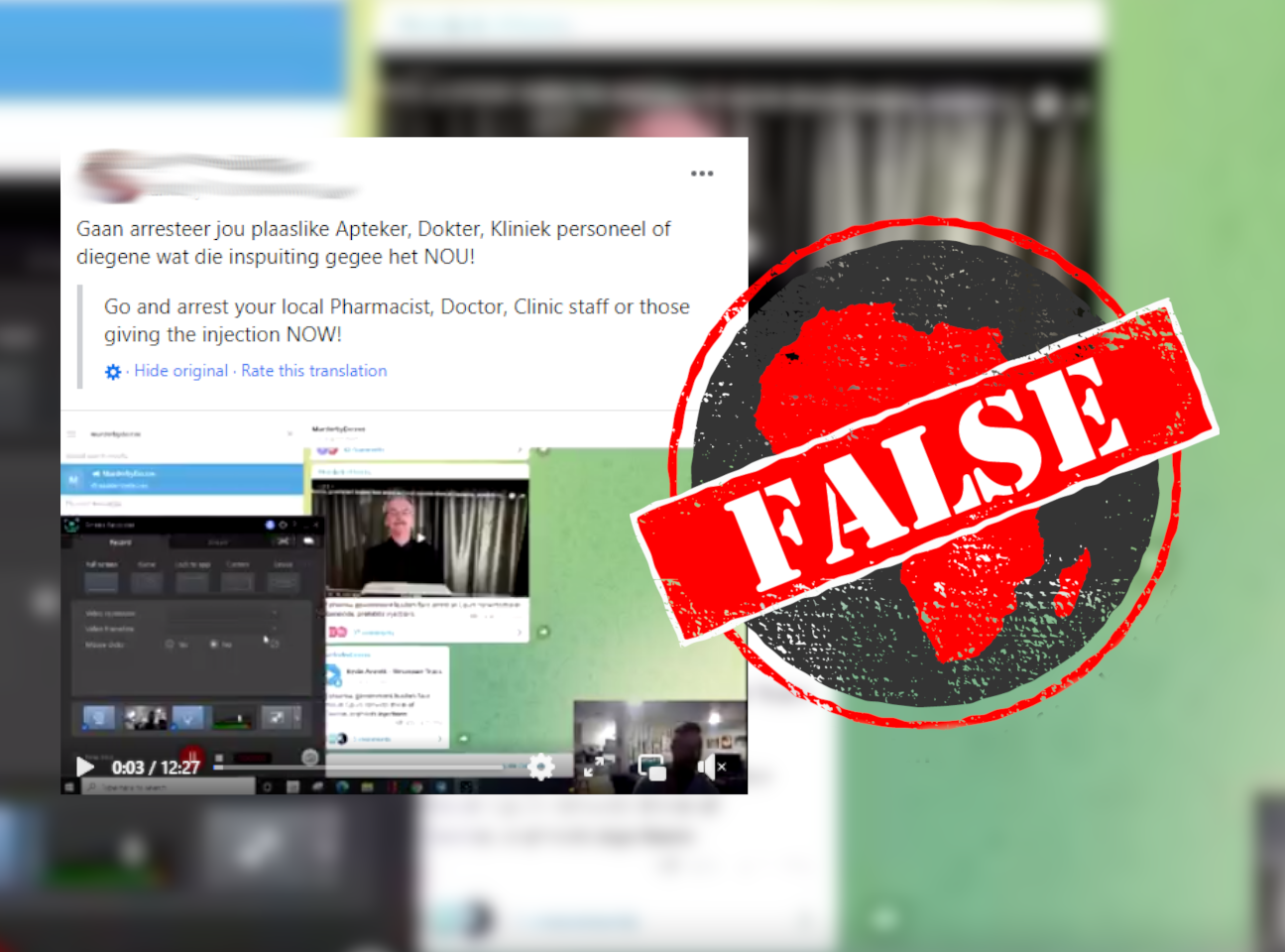 “The Covid vaccine is the product of proven genocide and the mass murder of children because of testing done illegally and against international law by these corporations over many years,” Annett claims.

He says pharmaceutical companies such as Pfizer and GlaxosmithKline, the Canadian and Chinese governments, the “Queen of England” and the Roman Catholic Church were charged by the court for a list of crimes, including the abduction, murder, rape and illegal medical experimentation on Indigenous children in Canada.

He also links medical experimentation on Indigenous children at Canada’s residential schools to the Covid-19 vaccines.

Annett also claims that Covid-19 vaccines are the product of “criminality and genocide” and that an “international arrest warrant” has been issued for all those who buy, promote or dispense the vaccine.

He ends by claiming that the court has convicted the people mentioned and stripped them of their rights to govern or engage in commerce.

There are a number of red flags in the judgement read by Annett. The first is that Annett doesn’t refer to any specific laws or name the judge who wrote the judgement.

The second is that Annett claims the warrant of arrest for the accused parties has been issued after they have been judged guilty by the court. This is not how criminal procedure works.

While criminal procedure differs somewhat from country to country, an arrest warrant is typically issued by a judge or magistrate after someone has been accused of a crime. The accused are presumed innocent until proven guilty. International criminal procedure then dictates that a trial can only begin after an alleged perpetrator appears before the court.

We could find no evidence that the International Common Law Court of Justice is a recognised court of law with jurisdiction anywhere. Jurisdiction is the authority of a court to hear and determine cases. The only evidence that the court exists at all is on Annett’s personal website and a directory listing it as a business in Florence, Italy.

(Note: Annett also claims that the court forced former head of the Catholic church Pope Benedict XVI to step down. But the court is not mentioned anywhere in reports on the pope’s resignation in February 2013.)

We could find no reliable evidence that any arrest warrant had been issued for Pope Francis, Elizabeth II, or the CEOs of major pharmaceutical companies in connection with these outlandish allegations. This would be front-page news if it were true.

We could also find no reliable reports that the Covid-19 vaccine trials have been linked to illegal experimentation by any official bodies, including the Canadian government.

These unfounded accusations reminded us of similar false claims made in the first year of the Covid pandemic by people who said they represented the “International Court for Common Law and Natural Justice”. They were debunked.

Neither of these two similarly named “international courts” exist in any real sense of the word or have any jurisdiction anywhere in the world.

In the video Annett links the Covid-19 vaccine to atrocities committed in Canadian Indigenous residential schools.

At the truth and reconcilliation commission set up to gather survivors’ testimonies, former students of the schools reported physical, sexual and emotional abuse.

There is evidence that the Canadian government performed vaccine experiments on Indigenous communities in 1930. But these were for a tuberculosis vaccine and were unrelated to any coronaviruses, including SARS-CoV-2, the virus that causes Covid-19.

A class action lawsuit was filed in May 2018 on behalf of thousands of Indigenous people who were subjected to medical experiments without consent in a Canadian court. The lawsuit specifically held the federal government of Canada responsible for the experiments and did not name any of the other parties mentioned in the video.

Annett is an author and former minister of the United Church of Canada, the largest Protestant Christian denomination in the country. He was removed from the ministry for spreading conspiracy theories related to the Indigenous residential schools. He has no legal qualifications.

His self-published books make a number of startling claims ranging from accusing First Nations leaders of trafficking Indigenous children to claiming the residential schools were part of the US Central Intelligence Agency’s infamous MK-Ultra programme.

Annett has not provided any evidence to substantiate any of his claims and is not supported by any Indigenous organisations in Canada. Likewise, we could find no evidence for the claims made in this video about Covid-19 or vaccines against the virus.