“THE UN DECLARES HIS ENEMY AS THE CHRISTIAN CHURCH,” begins a screenshot of a WhatsApp message circulating on Facebook since September 2021.

The UN is the United Nations, an organisation of 193 countries that works to keep global peace and solve the world’s problems.

It adds: “The UN declares that its principles and declarations serve as a world religion to take control of humanity.”

As proof of its claims, the message includes a link – https://news.un.org/en/story/2020/03/1058411 – to an article on the UN website. The article’s headline reads: “Use of religious beliefs to justify rights violations must be outlawed says UN expert.”

But has the UN really declared that the Christian church is its enemy and that it intends to replace Christianity with its own “world religion”? And does the article really support the claim? 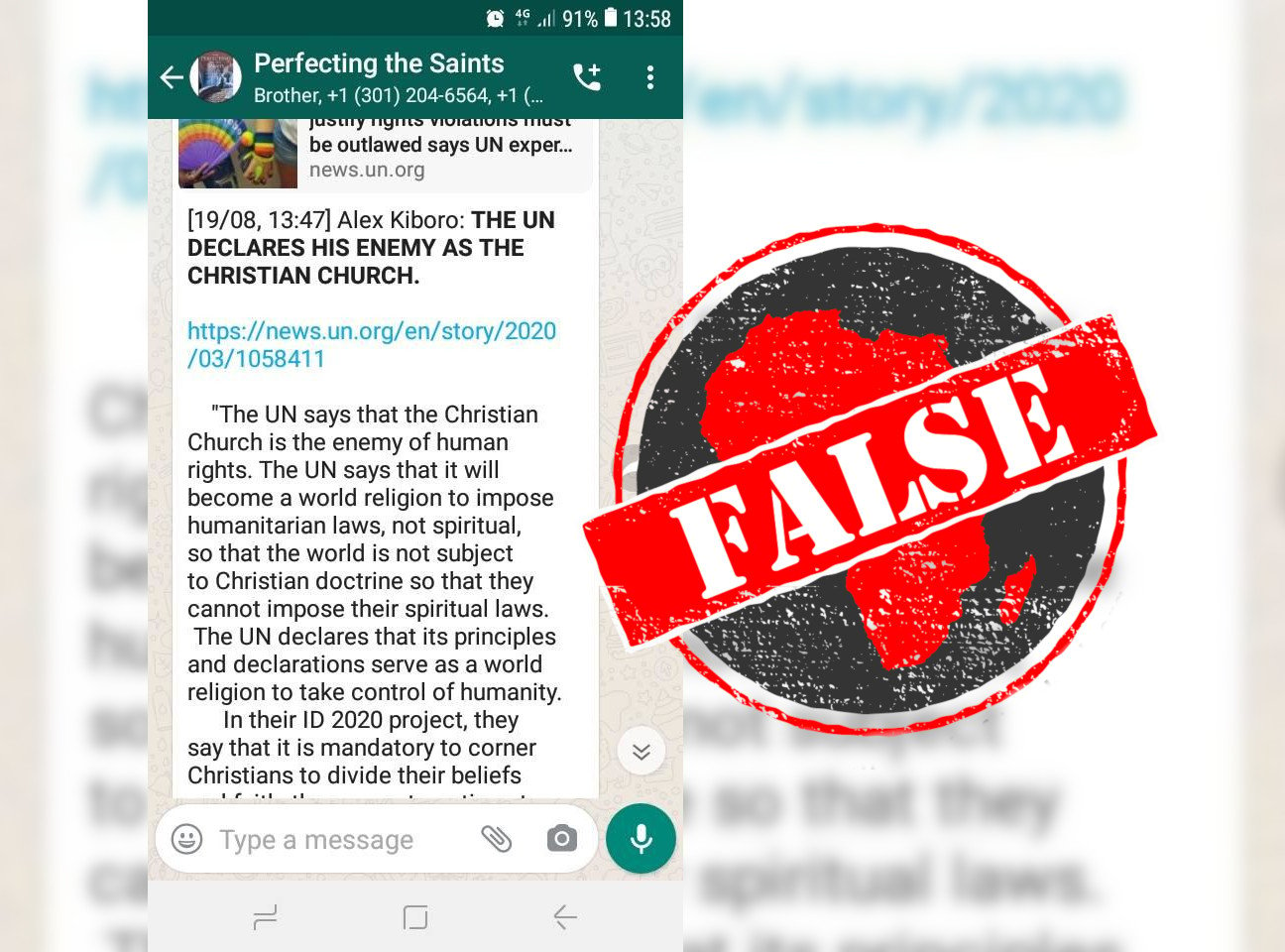 Unjust laws based on religion should be repealed – article

The article discusses a February 2020 report by Ahmed Shaheed, the UN Special Rapporteur on freedom of religion or belief. The report was presented to the UN Human Rights Council.

“I firmly reject any claim that religious beliefs can be invoked as a legitimate ‘justification’ for violence or discrimination against women, girls or LGBT+ people,” the article quotes Shaheed as saying. “The right to freedom of religion protects individuals and not religions as such.”

But the article doesn’t once mention Christianity or the Christian church. It simply argues that laws based on religion – any religion – that “discriminate against women and the  LGBT+ community” should be repealed.

And a search of the report itself reveals that it only mentions Christianity once, together with Islam, in reference to sexual orientation. Page 5 of the report reads:

Officials in several countries in the Middle East and North Africa, South and South-East Asia, and sub-Saharan Africa, for example, have “justified” the maintenance of the country’s legal prohibition of homosexuality on the grounds that it upholds the tenets of Islam or Christianity.

Neither the article nor the report say anything about the UN declaring the Christian church to be its enemy. And there’s nothing in either about the UN intending to replace Christianity with its own “world religion”.

There’s no credible record of the UN declaring anything like this. The message is false.