No, upside-down cross used by pope not symbol of antichrist

A graphic posted on Facebook in August 2021 claims to show the pope, the head of the Roman Catholic church, with a symbol of “the Anti christ” behind him.

The graphic includes a photo of a man wearing white ceremonial papal robes and headwear, leaning forward and speaking to another person. Behind him is an upside-down cross.

Text in the graphic reads: “The inverted cross is a symbol of Anti Christ. Is it a ridiculous mistake or there is a hidden meaning behind it.”

In Christianity, the cross symbolises Jesus Christ, his crucifixion, and the religion as a whole.

The antichrist is a figure that appears in the Christian bible and is depicted as a symbol of evil who is the opposite of Jesus Christ.

Throughout history various figures, including former US president Barack Obama and former popes, have been accused of being the antichrist.

Does this graphic show a pope with a symbol of the antichrist? We checked. 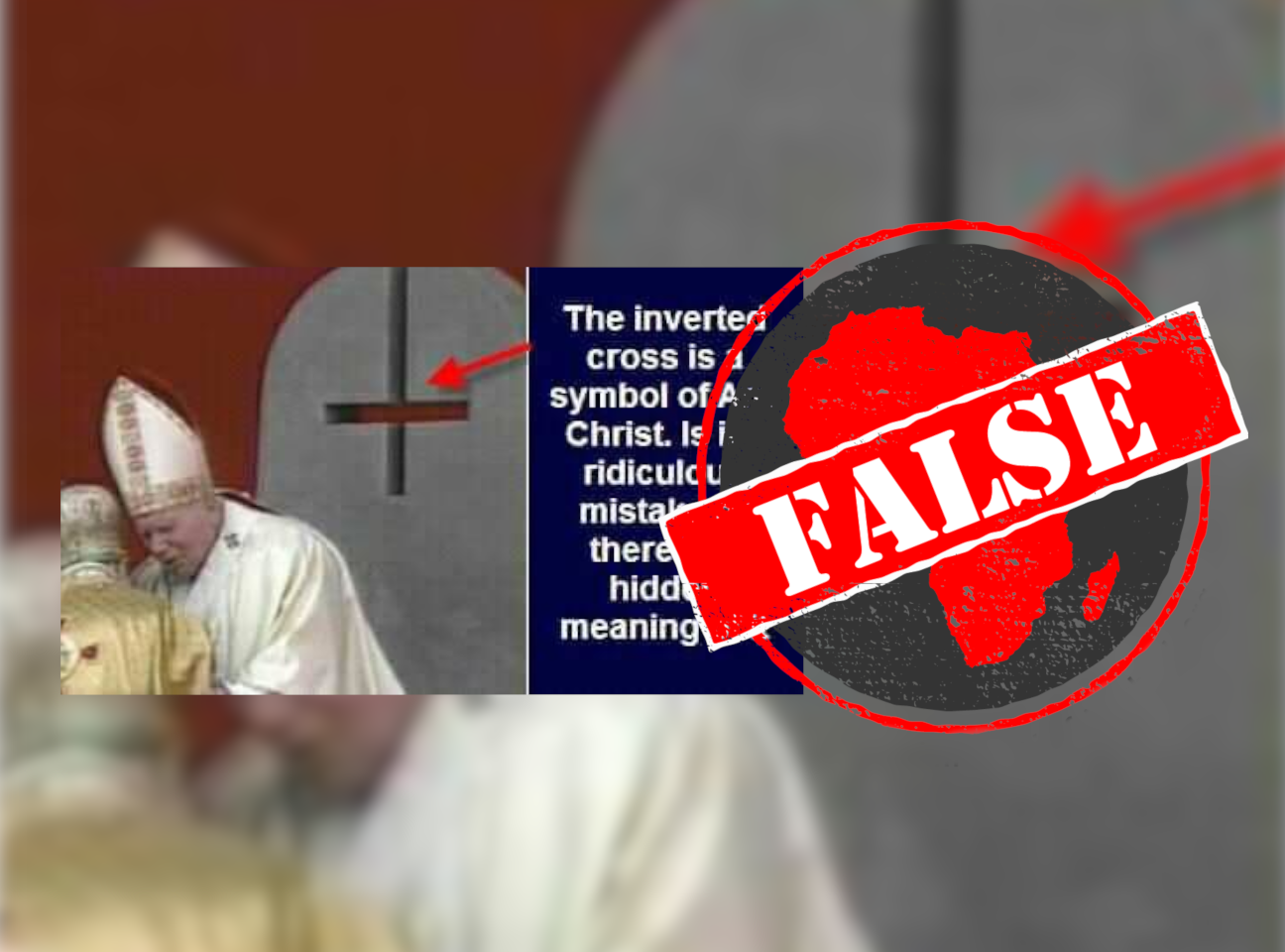 The man in the photo is Pope John Paul II, the former head of the Catholic church. The photo is a screenshot from a video of an open-air mass the pope held in Israel on 24 March 2000.

The video shows that the upside-down cross was visible behind the pope throughout his address.

The inverted cross has traditionally been used as a symbol of St Peter, who is believed to have been one of Jesus’s twelve disciples. St Peter, also known as Simon Peter of Cephas, played a crucial role in spreading the teachings of Jesus.

He is thought to have been executed under the Roman emperor Nero. According to Christian lore, he insisted that he be crucified upside down, as he didn’t believe he was worthy of being crucified in the same manner as Jesus.

St Peter is considered by the Catholic church to be the first pope. The pope therefore uses the upside-down cross to symbolise St Peter’s humility and martyrdom. A martyr is a person who is killed for their religious beliefs.

In the late 20th and early 21st centuries the inverted cross has become associated with Satanism and demonic activity. This is because the upside-down crucifix – a cross with a symbol or figure of Jesus’s body on it – is believed to subvert the Christian symbol.

The bible also says the “mark of the beast” will be put on people’s foreheads but it does not describe what this mark will look like. It does not mention an upside-down cross as a symbol of the antichrist.

The upside-down cross used in the Catholic church represents St Peter, not the antichrist.