No, US comedian Chris Rock was not ‘wearing a cheek pad’ when hit by actor Will Smith

The 94th Academy Awards, better known as the Oscars, were held in Los Angeles in the United States on 27 March 2022.

But any news and online discussion about the prestigious film awards focused not on the night’s winners but on an incident which took place during the awards ceremony.

Smith apparently took offence to a joke Rock made about his wife, actor Jada Pinkett Smith.

Smith later issued an apology and the Academy of Motion Picture Arts and Sciences condemned his actions. But in the frenzy of discussion following the awards, some cast doubt on whether the slap had been rehearsed in advance.

An image posted several times on Facebook appears to show a strange patch on Rock’s cheek, not quite the same colour as his skin tone.

The image was posted with the claim that “Chris Rock was wearing a cheek pad when Will Smith clapped him”.

But this is nonsense. Here’s the truth. 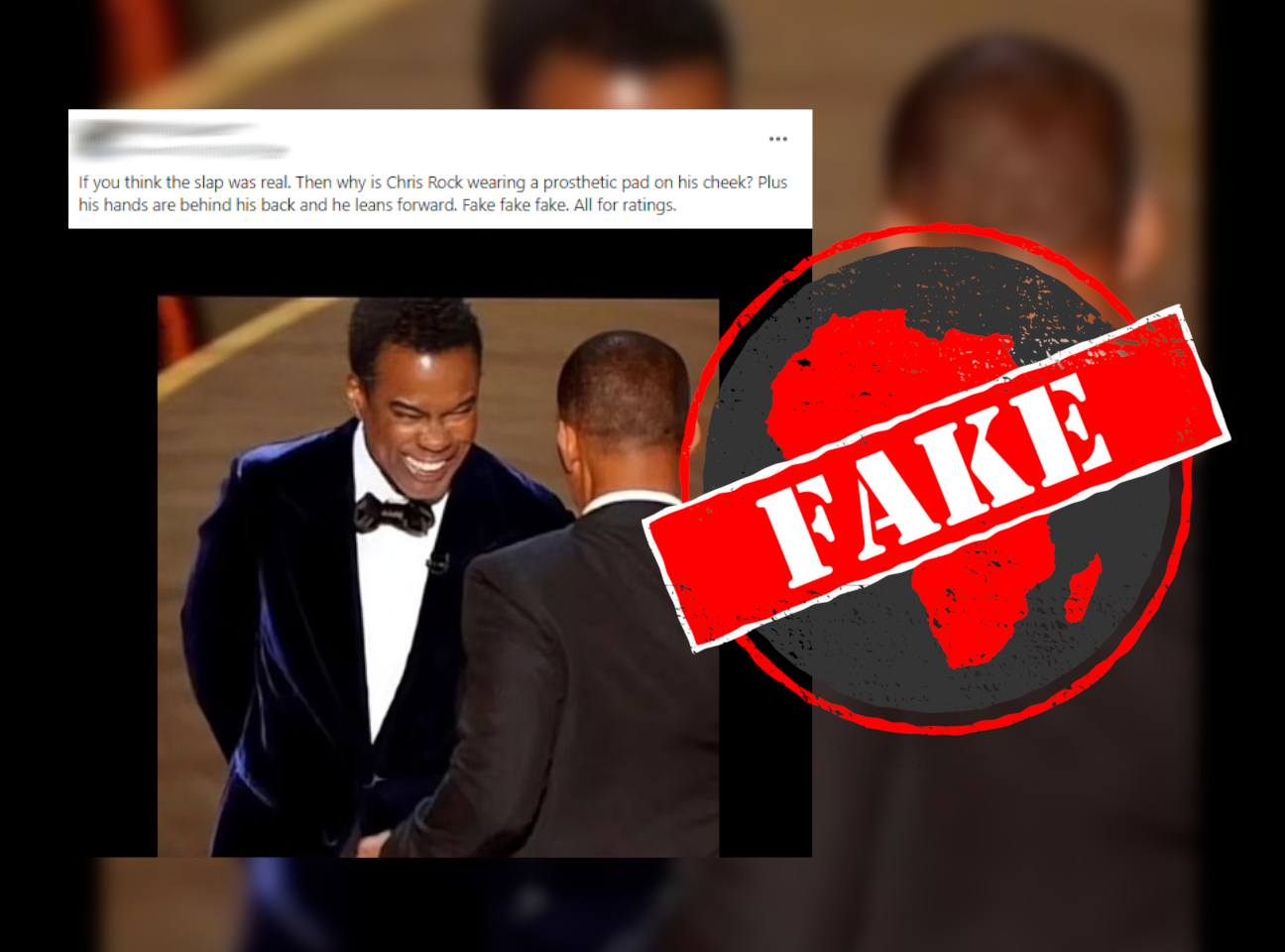 None of Snyder’s original photos show the discoloration or strange line visible on Rock’s face in the version uploaded to Facebook. It’s clear the version on Facebook has been altered from the original image.

Photos taken by other people also don’t show Rock wearing anything on his face.

Even if the slap were rehearsed and not spontaneous it would be unusual for Rock to be wearing something like a “cheek pad”.

Fight scenes in films don’t involve actors actually hitting each other while wearing invisible protective gear. Instead, stunt coordinators use the expressive body language of the actors, as well as clever camera angles, to hide the fact that no one is actually struck.

Even in the world of professional wrestling, where performers go to much greater lengths to make safe hits look dangerous, sometimes risking serious injury, this is done with carefully coordinated movements, not cheek guards. This video explains how professional wrestlers punch safely.

Sports like boxing and taekwondo, in which competitors are struck in the head, require safety gear like padded gloves, mouth guards, and thick helmets. A small “cheek guard” would have done very little to protect Rock.