“EXPOSE: KENYA’S DEPUTY PRESIDENT LINKED TO $240 MILLION MAERSK BRIBE SCANDAL,” reads the headline in a screenshot of an article posted on Facebook.

The screenshot has the masthead of the US magazine Maritime Executive and is dated 22 December 2021.

“A confidential report authored by a maritime watchdog-the Australian Competition and Consumer Commission (ACCC) claims that Kenya's Deputy President William Ruto may have received over $200 million in kick-backs from Maersk since 2018.”

It continues: “ACCC claims that Maersk paid the Bribes in order to clinch a deal to operate a new terminal at the port of Mombasa. The deal was so lucrative that Maersk has been operating the terminal for free in the last 3 years.”

The article says Maersk wired money to shell companies, registered in the Cayman Islands, that belong to known proxies of Ruto.

It also claims that the NGO Muslim for Human Rights and legislator Mohamed Ali were paid to keep silent as Maersk pushed the state-owned Kenya National Shipping Line out of a new terminal.

But did the Maritime Executive really publish this article on 22 December? We checked. 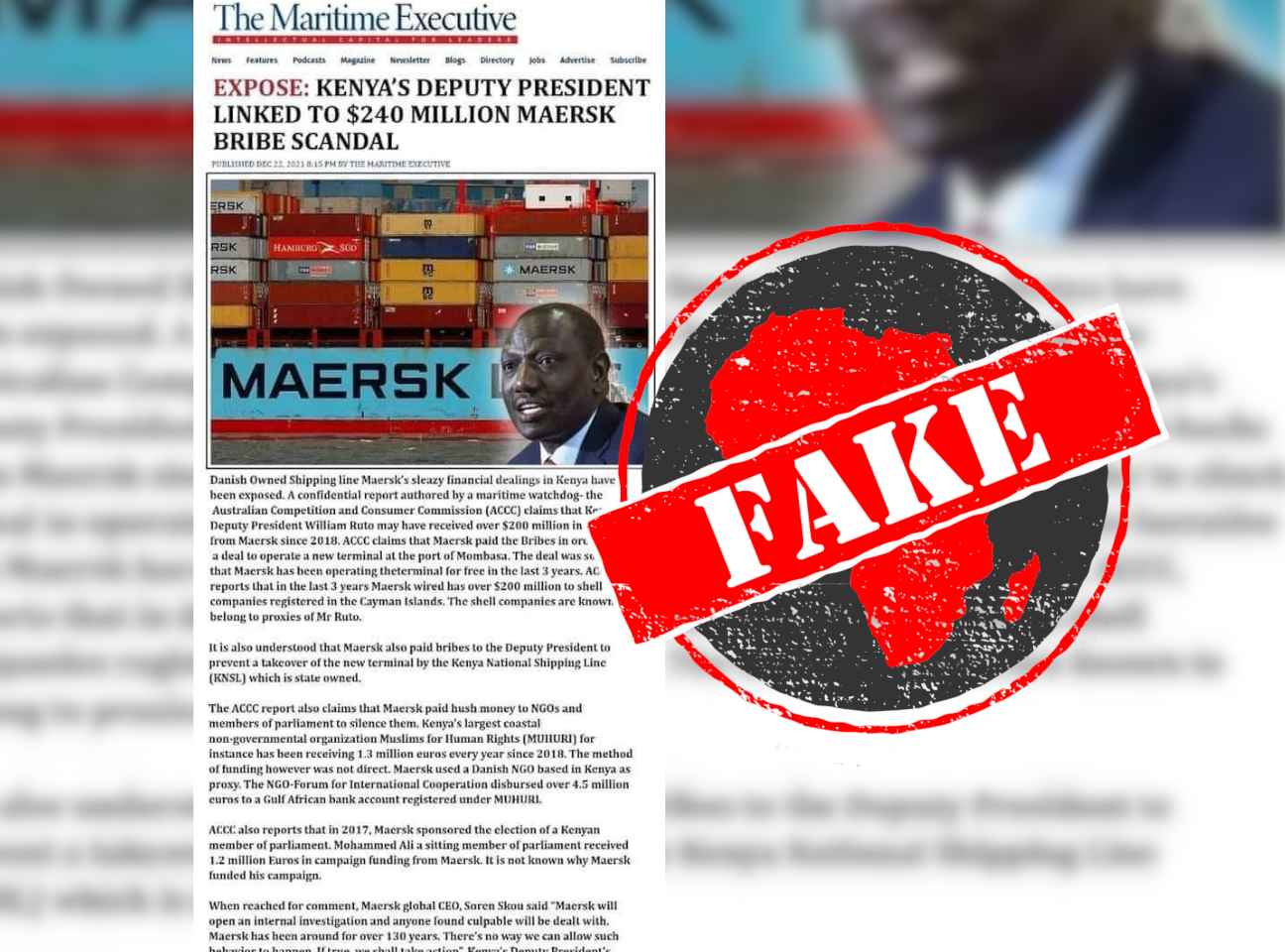 No evidence of article

The article’s allegations are serious, but have not been reported by any credible Kenyan media outlets.

Africa Check searched the Maritime Executive’s website for the article, using its title and keywords such as “deputy president William Ruto”, but came up empty.

We also searched the internet for the article using its title and first paragraph, but again found nothing.

So we asked the Maritime Executive if they had published it.

“The image is not authentic and was not created by The Maritime Executive – we are aware of the issue and flagging the image as we come across it,” the publication told us via Facebook messenger.