No, video combines unrelated clips from 2018, don’t show Kenyan DP Ruto getting ‘heroic’ welcome in US in 2022

On 28 February 2022, Kenyan deputy president William Ruto began a 10-day tour of the United States and United Kingdom to discuss foreign policy, democracy, governance and his economic vision for Kenya with the countries’ government officials.

Soon after, a video went viral with the claim it showed him being warmly welcomed into the US.

“Dp William Samoei Ruto received heroic reception as he gets into USA for 10 days tour,” the video’s caption reads.

The video, 5:14 minutes long, first shows a Kenya Airways plane landing at an airport. At about the 3-minute mark military music can be heard. People are seen leaving the aircraft waving the flags of Kenya and the USA. Later, Ruto greets people coming off a plane.

But does it really show Ruto’s reception in the US? 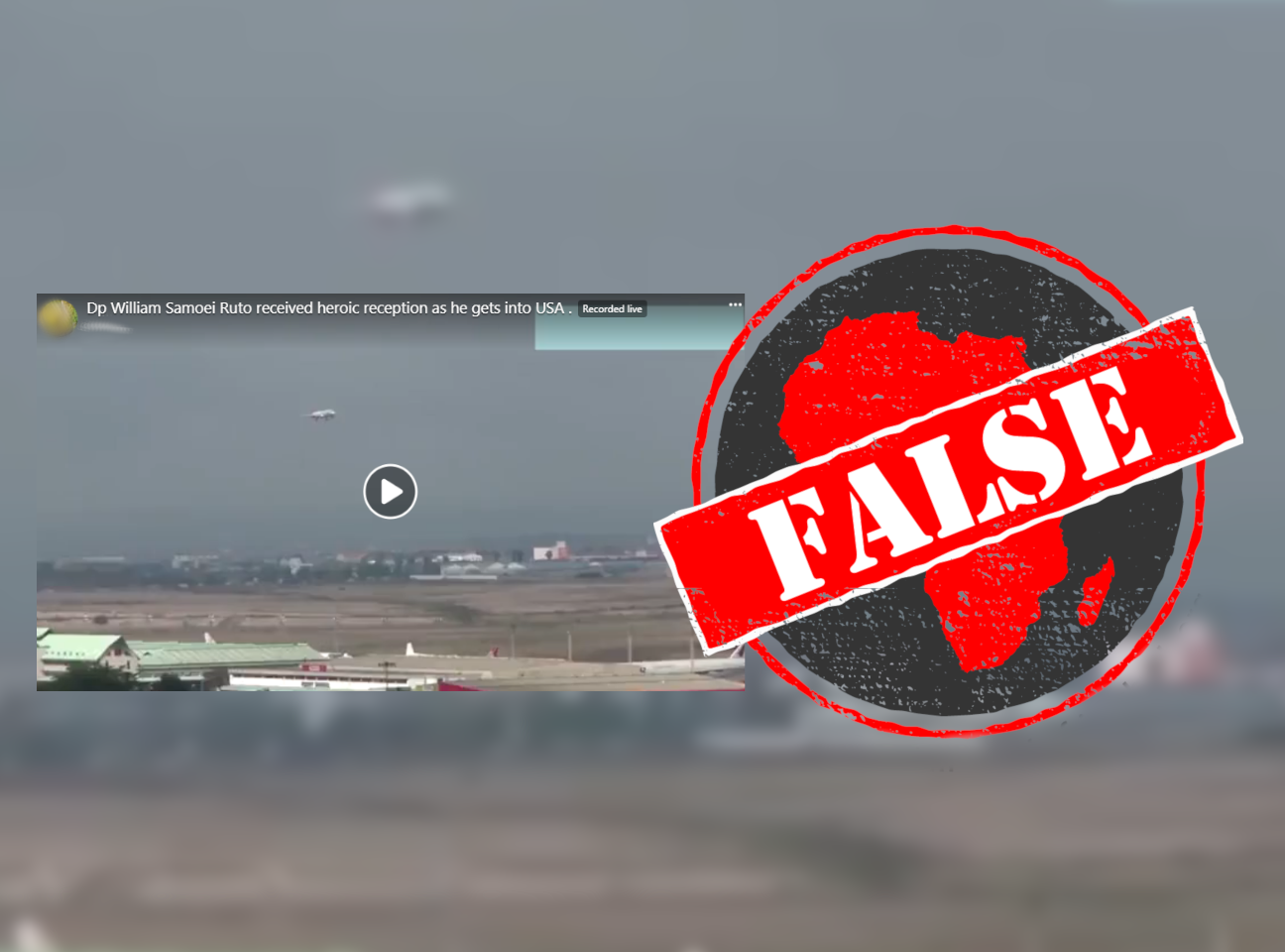 Both clips shot in Kenya – not USA

A clue that the video is not recent is that at one point Robert Godec, the former US ambassador to Kenya, appears in it. Godec served in Kenya from 2013 to 2019.

We entered the phrase “Ruto and Godec welcome Kenya airways flight” into the search field on YouTube. This returned a video uploaded on the Chams Media TV YouTube channel on 30 October 2018.

The video is titled “DP William Ruto Receives First Flight from New York”. It’s the first part of the video posted on Facebook.

The two clips were combined to create the video circulating on Facebook.

The footage was taken in 2018. Neither clip shows Ruto getting a “heroic reception as he gets into USA for 10 days tour” in 2022.