On 25 January 2022 Kenyan media reported that a man in Gatanga Murang’a county had killed his four-month-old son after an argument with his wife, by “smashing” the child against a wall.

“Mark Njunguna, according to a report filed at the Kihumbuini Police Station, had raised doubts on the paternity of the child leading to the confrontation,” one report reads. It adds that the boy “died on impact”.

A day later, a video went viral with the claim that it showed the murder. In the video, a man is beating a screaming woman while a child lies on the floor. The man then grabs and throws the child out of frame.

“A 23-year-old man in Gatanga Murang’a County knocked his 4-month old son against the wall leading to his death following a dispute with his wife,” reads one caption to the video, on Facebook.

The video – and its claim – has been shared on blogs and Facebook groups. A frame from the video has even reached South Africa, again with the claim that it shows the murder.

But was the tragedy really caught on camera? We checked. 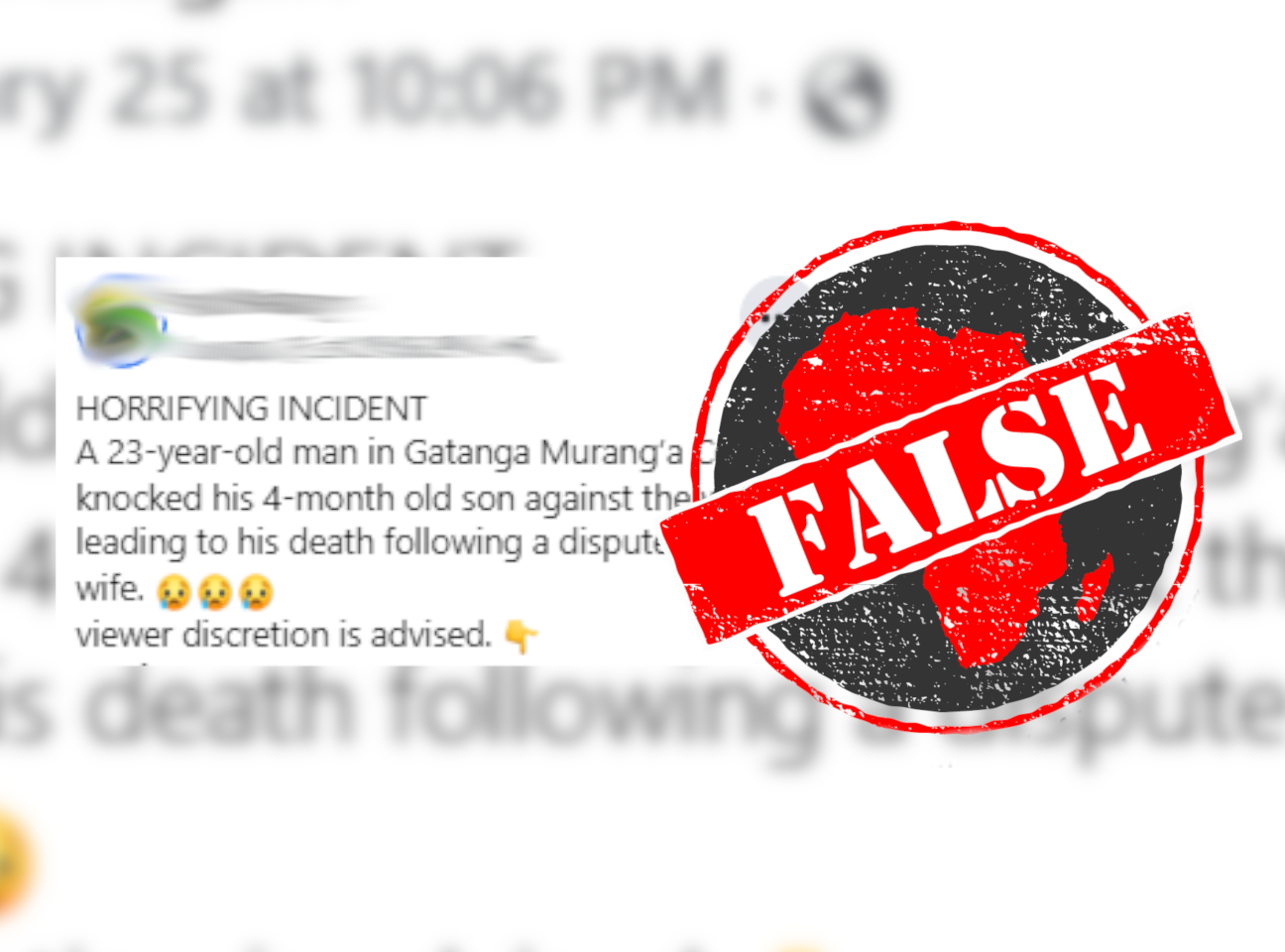 Scene from ‘work of fiction’ on gender-based violence

A reverse image search of a frame from the video led us to an article on pulselive.co.ke, which debunks the link between the video and the murder.

“This journalist has established that the video is from a Tanzanian film titled Sitamani Kuolewa Tena (I don’t wish to get married again), a work of fiction,” the article reads.

It links to a longer video posted on YouTube on 26 January. This shows several incidents of violence against women and children. The clip in the viral video appears towards the end.

This roughly translates as: “This trailer is a work of fiction and does not show any real incident. It has been shot with an aim to educate society and fight gender-based violence, especially that targeting women and children, a vice that is spread throughout Africa.”

A man did allegedly murder his child in Gatanga Murang’a county in late January. But the viral video accompanying reports of the murder is a work of fiction, and does not show the murder.