“Durban metro police seen loading their van with looted goods. DISGRACEFUL!!!” This is the caption of a video shared on Twitter in South Africa on 12 July 2021. It’s had more than 175,000 views and 1,500 retweets, and is also circulating on Facebook.

The video appears to show police officers loading a Durban Metro Police van with shopping bags. The van then drives away down the street, along which crowds of people are walking and running.

Former South African president Jacob Zuma handed himself over to police to serve a 15-month jail sentence for contempt of court on 8 July 2021. Soon after protests broke out in KwaZulu-Natal and Gauteng provinces.

Does this video show the police joining in the looting of shops? We checked. 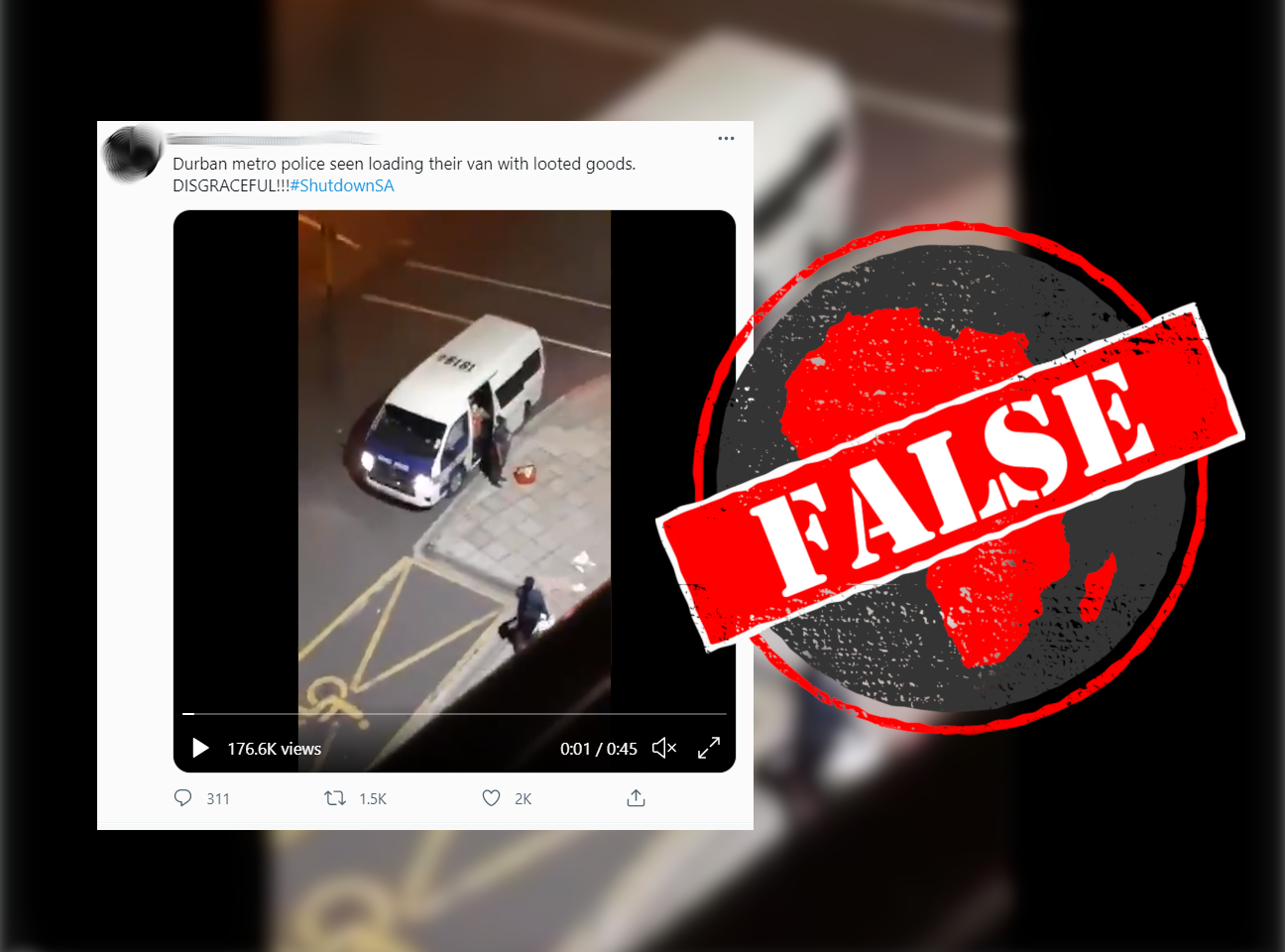 Durban is the largest city in KwaZulu-Natal province and is governed by the Ethekwini metropolitan municipality.

In a press release, the municipality said they had investigated the events captured on the viral video.

“Upon a preliminary investigation it was determined that the officers were not looting, but rather confiscating the goods from looters and recovering items that were abandoned by those criminal elements who were looting,” the municipality said. “In terms of police procedure and policy, all items recovered have been made in a SAPS [South African Police Service] register.”

“Hundreds of people have been detained with the evidence loaded in the vehicles. In terms of the law, the suspect, together with any evidence, must be taken to the police station and this is what has happened."