A video of World Trade Organization director general Ngozi Okonjo-Iweala was posted on Facebook, with the claim she accused the Peoples Democratic Party of ruining Nigeria with corruption.

Okonjo-Iweala was Nigeria’s finance minister twice under PDP-led administrations. She first served under Olusegun Obasanjo from 2003 to 2006 and then under Goodluck Jonathan from 2011 to 2015.

But does this video show Okonjo-Iweala saying the PDP “ruined Nigeria with corruption”? 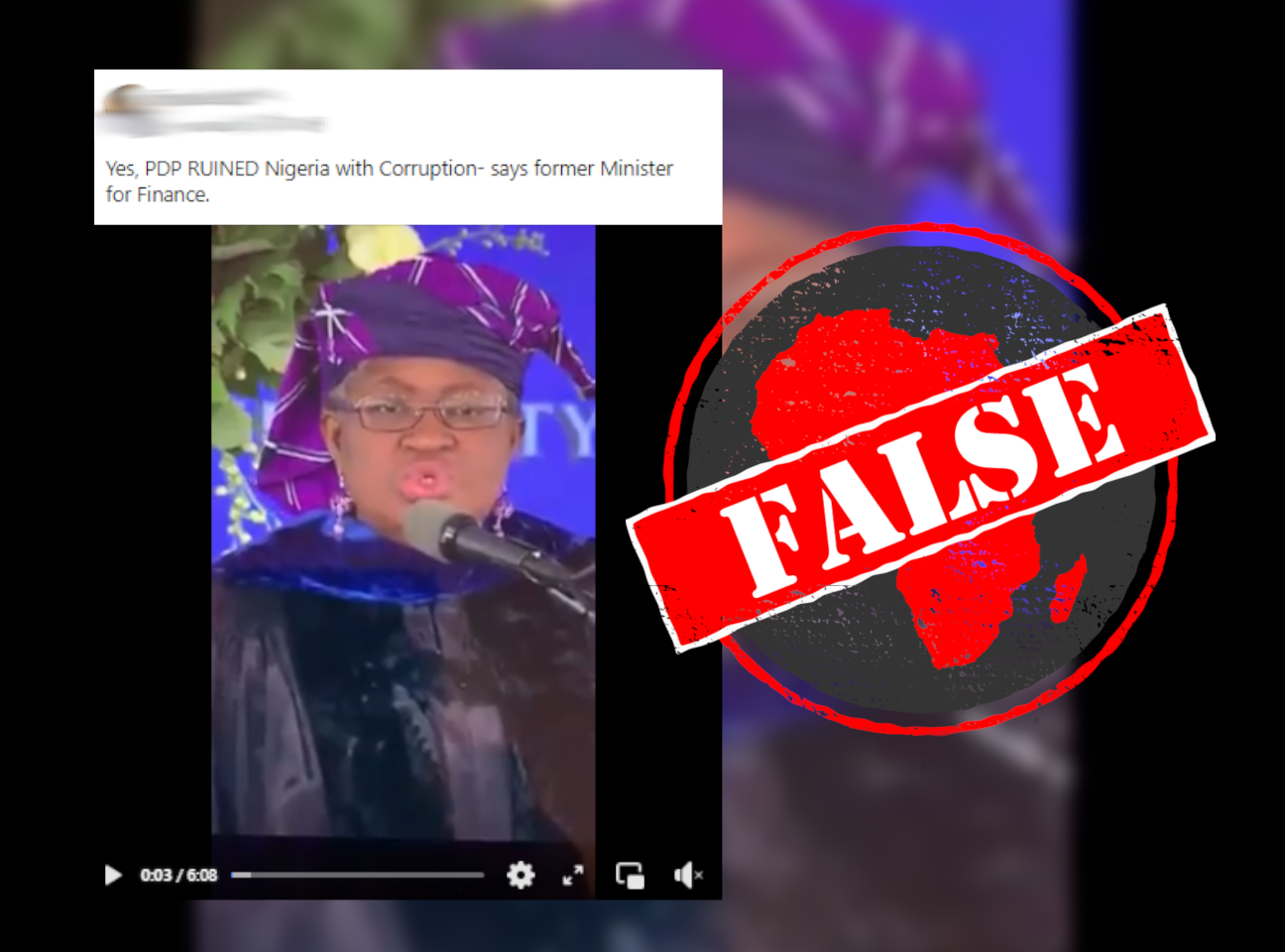 The six-minute video does not contain the quotes attributed to the former finance minister. There is no mention of the PDP or any allegation about the party “ruining” Nigeria.

In the video Okonjo-Iweala is speaking at what looks like a graduation ceremony of a university. A Google search, using elements found in the video as keywords, led to the original video.

The original, which is 34 minutes long, was uploaded on YouTube on 16 June 2016. Okonjo-Iweala was the graduation speaker Columbia University’s School of International and Public Affairs in New York City.

Her speech was titled Public Policy, Politics, and Political Economy at the graduation ceremony held on 19 May 2016.

Towards the end of her speech, Okonjo-Iweala told a story about how leading a reform of Nigeria’s petroleum subsidy policy and checking fraud in the payment of subsidies to petroleum marketers led to the kidnapping of her mother in 2012.

At no point in the speech did Okonjo-Iweala accuse the PDP of promoting corruption. Rather, she said had the backing of president Jonathan and the economic team – made up of PDP members – in her attempt to clean up the fuel subsidy-payment system.