No, video of highway robbery from Botswana, not Kenya’s Thika Kenol superhighway

A video which appears to show motorists under attack on a highway at night has gone viral on social media in Kenya.

The video shows five people emerging from bushes on one side of a road and attacking several cars stopped in traffic.

“Armed thieves are on the hunt this is from Thika Kenol Road stay awake when driving at night your vehicle is equally a weapon don't sit and get robbed,” reads one caption to the video.

Another says: “This is very serious Thika kenol. Kindly high way police patrol can u do something. This is very dangerous to our life.”

“Thika Kenol” refers to the superhighway that links the Kenyan capital Nairobi with the industrial town of Thika in Kiambu county to the northeast.

But does the video show a crime scene on the Kenyan highway? We checked. 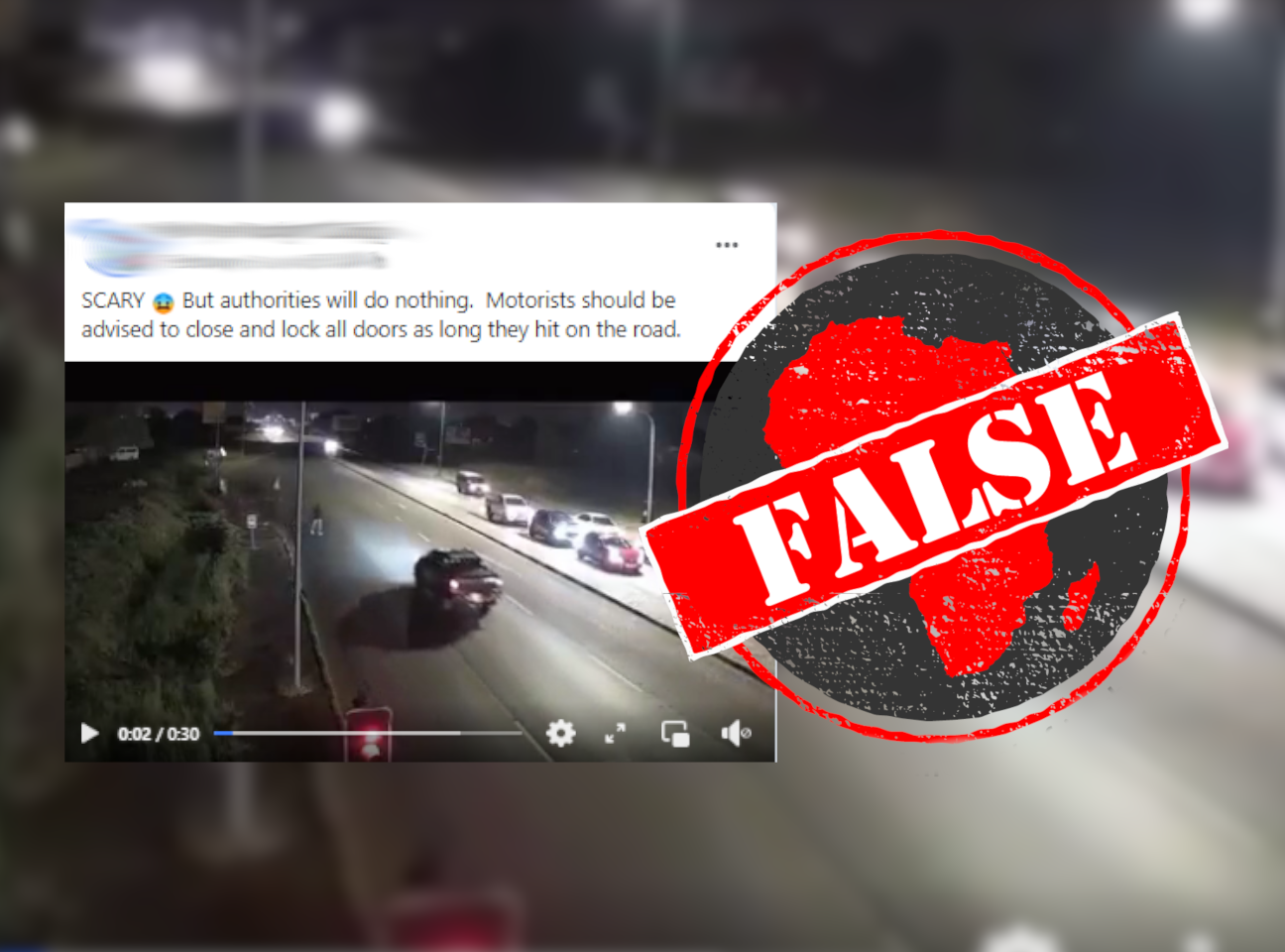 Users were quick to point out that the video was not from Kenya, but Botswana. Some even shared a screenshot of a Facebook post by the Botswana police service about the incident.

Using the phrase “HELP US IDENTIFY SUSPECTS”, which appears on the screenshot, we searched for the original post and found it on the verified Facebook page of the Botswana police service, published 14 February 2022.

The police service asked the public to help identify the suspects, explaining that the incident took place in Botswana’s capital city, Gaborone, on 11 February.