No, video of protest taken in Indonesia, not Bomet county in Kenya

A short video has been posted on Twitter in Kenya with claims that it shows chaos erupting during United Democratic Alliance (UDA) party nominations ahead of general elections scheduled for August 2022.

During the nominations in Bomet, ​​voters started protesting over claims that some ballot papers had been pre-marked.

The tweet accompanying the video, published in a mix of Swahili and English, reads: “It have started. The Opposition tings #UDANominations pale Bomet is lit. And let me tell you something Kipkemei, #KifoChatangazwa na #TumejuaHatujui.”

This loosely translates to: “It has started. The opposition things in Bomet UDA nomination is lit. And let me tell you something Kipkemei #Death announced #wenowknowwedon’tknow.”

Kipkemei is a Kalenjin name. The Kalenjin are a community of people in the Rift Valley region in Kenya, where Bomet is.

The hashtags on the tweet mean the UDA party's popularity in the region is on a dead bed.

But does this video show what happened in Bomet in April 2022? We checked. 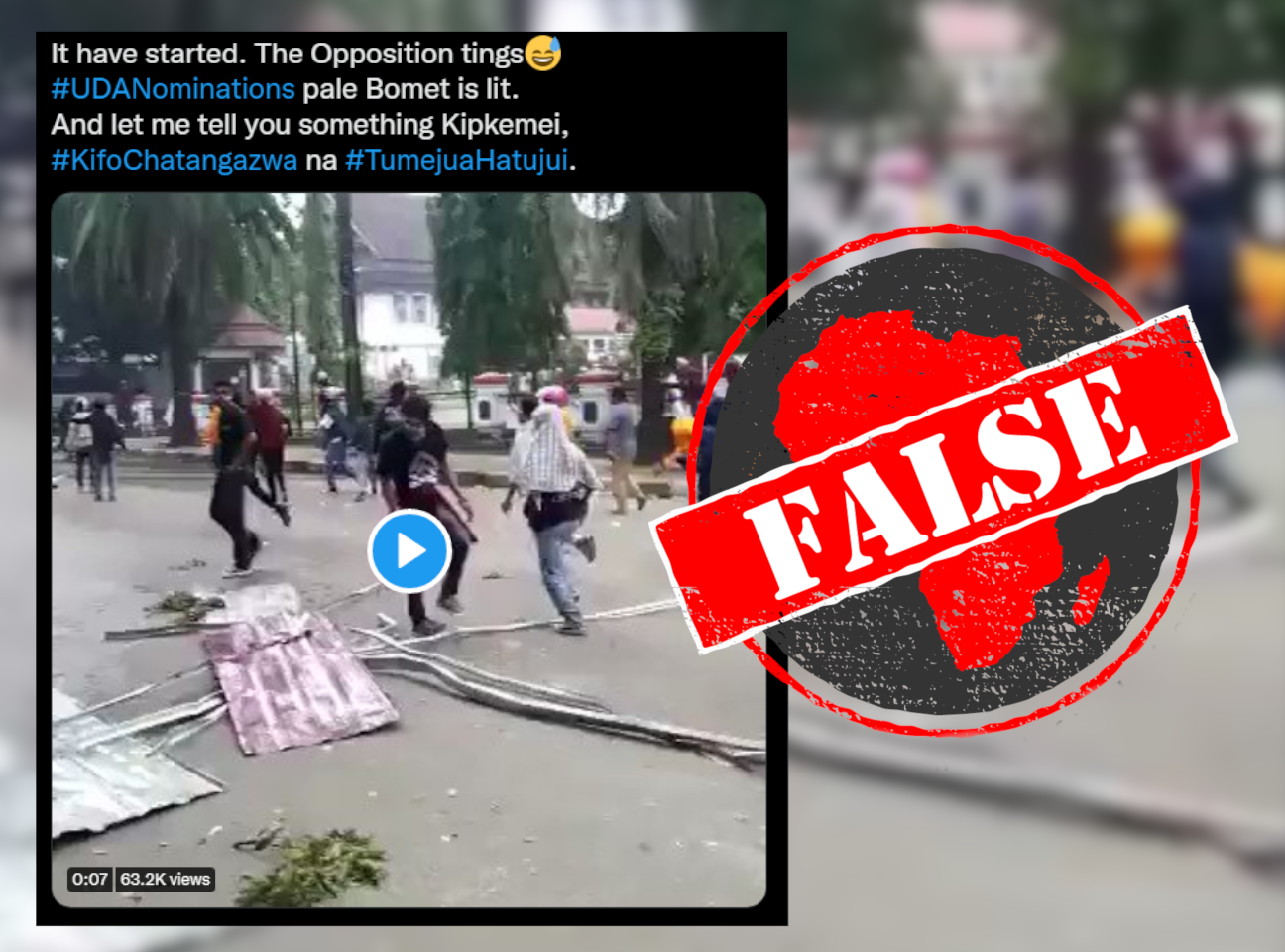 A reverse image search of keyframes drawn from the video clip using the InVID search tool shows similar videos were uploaded on YouTube on 11 April.

One of the captions, “kerisuhan demo yang berujung tragis”, loosely translates to “the riots that ended in tragedy”.

According to a report by German news organisation Deutsche Welle, students across Indonesia protested on 11 April.  They were opposing rising food prices and president Joko Widodo’s apparent plan to hold on to power.

The video shared on Twitter shows protests in Indonesia in Southeast Asia, not Bomet county in Kenya.