A video shared on Facebook and TikTok shows protesters fleeing as police fire tear gas and water cannons at them. A number of people are blasted off their feet by the force of the water. The caption reads: “A water cannon for riots in South Africa.”

The video was also sent to Africa Check via Twitter for verification.

Widespread protests and looting have been reported across the country but predominantly in KwaZulu-Natal and Gauteng provinces. Some of the protesters are demanding former South African president Jacob Zuma be released from jail, following his 15-month sentence for contempt of court.

On 12 July 2021, president Cyril Ramaphosa announced that the South African National Defence Force would be deployed to Gauteng and KwaZulu-Natal to help police respond to the unrest.

But does this video show recent events in South Africa? We checked. 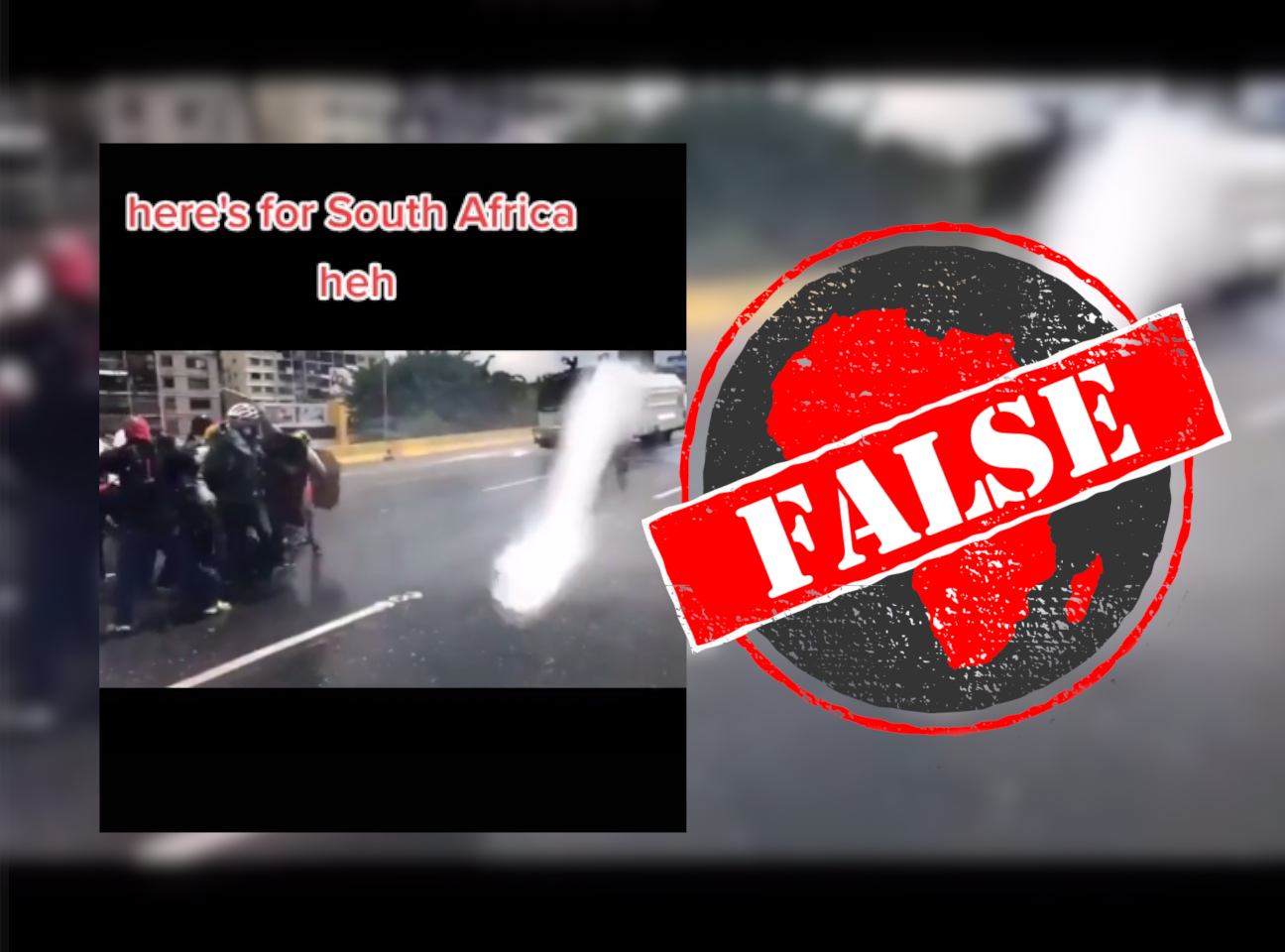 Video is from Venezuelan anti-government protests in 2017

Some protesters in the video are carrying homemade wooden shields painted with yellow, blue, and red stripes, like the Venezuelan flag.

With that clue, we were able to find footage of Venezuelan protests against the government of Nicolas Maduro in 2017.

Protesters can be seen carrying similar shields with the Venezuelan colours and other symbols used by protesters in the South American country, like the red Templar Cross. Shields like these also appear in the video shared in South Africa, though these are not familiar in South African protests.

The white armoured vehicles of Venezuela’s national guard match those shown in the video. The same distinctive yellow road barriers can also be seen in videos of the protests and in the video shared in South Africa.