A Facebook post first published on 28 March 2021 claims to show a photo of a young Cyril Ramaphosa, now South African president, posing on a street in London, the capital of the UK.

“He was in London, taking selfies while his peers were in prison and in the streets dodging bullets,” the caption to the 28 March 2021 post says, implying that the photo was taken during the National Party’s racist apartheid regime.

Before 1990, the African National Congress, the political party which Ramaphosa now heads, was banned, and many of its leaders jailed.

The post includes a black-and-white photo that shows Ramaphosa standing on the pavement of a city street. It is not clear where and when it was taken.

The post has been viewed 298,700 times since it was first published. It was posted by the Facebook page “Adv Dali Mpofu Speaks”, which uses the name of prominent advocate Dali Mpofu.

Mpofu is the national chairperson of the Economic Freedom Fighters political party. But the Facebook page is not verified, and it’s not certain whether it is run personally by Mpofu, or by a supporter.

Does this photo show Ramaphosa taking a selfie in London during apartheid? We checked. 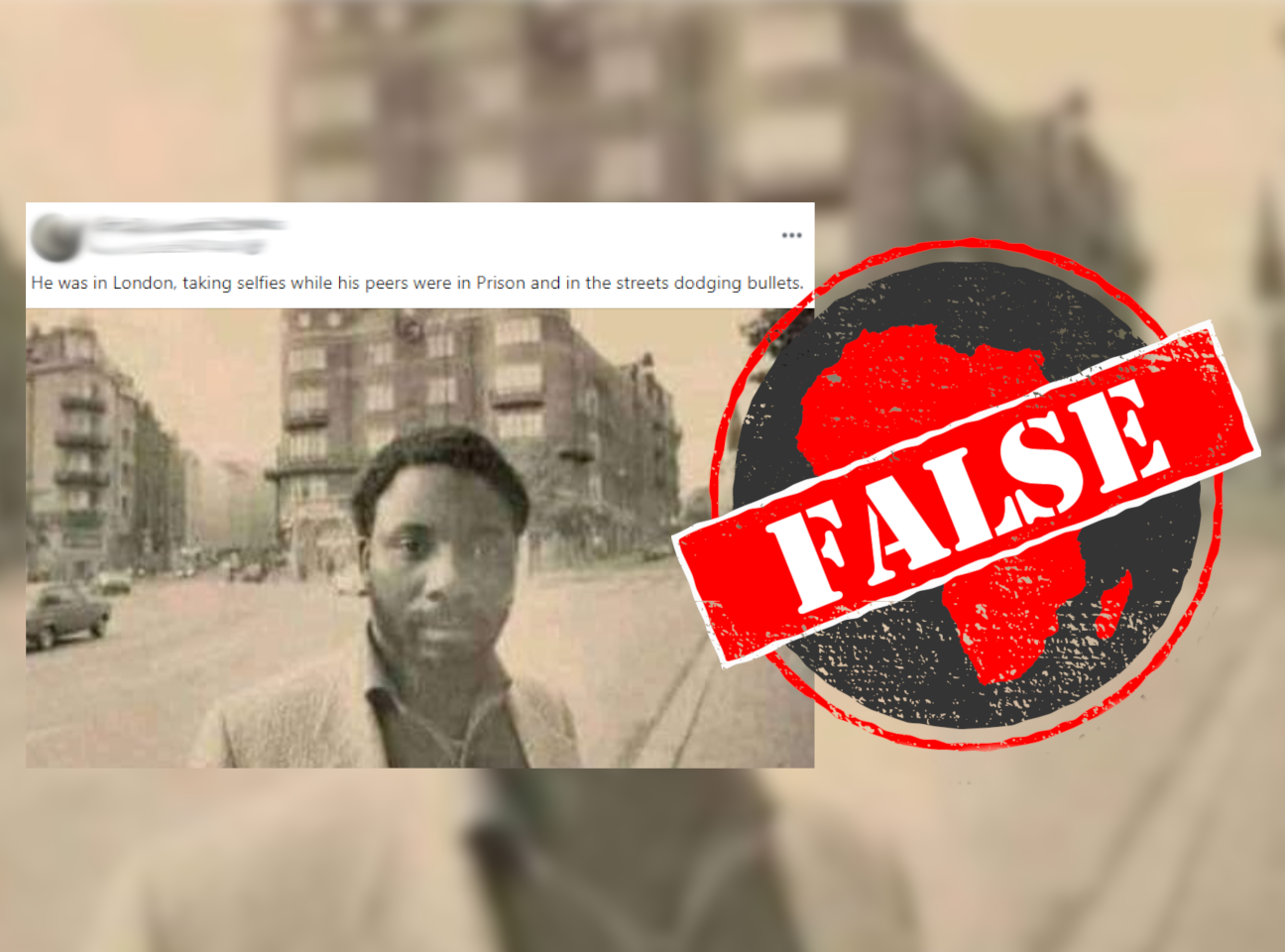 A reverse image search reveals that the photo was originally published online by the University of Pretoria in March 2013.

It appears in an announcement about a biography of Ramaphosa written by Anthony Butler. The photo appears genuine but the caption indicates it was not taken in the British capital.

“Cyril Ramaphosa in Stockholm, Sweden, on a fundraising visit for NUM, October 1983,” the caption says. It does not say who took the photo.

Ramaphosa was co-founder and first general secretary of the National Union of Mineworkers (NUM), a trade union of mineworkers that grew to 300,000 members under his leadership. NUM was founded in 1982.

Ramaphosa had been active in politics since he was a student at the University of the North Turfloop, now named University of Limpopo, where he joined the South African Student Organisation in 1972.

He was imprisoned twice because of his political activities: first for eleven months after a pro-Frelimo rally held at the university and again for six months in June 1976 following the June 16 Soweto youth uprising.

The viral photograph of a young Ramaphosa was not taken in London as the Facebook post suggests. It was taken in Stockholm, the capital of Sweden, during a trade union fundraising visit.