“South Africa has Amended the Marriage Act to allow women to marry two husbands. This was the first wedding under the new law,” says a Facebook post published on 18 May 2021.

The post includes a video. It shows a woman wearing what appears to be a wedding dress with two men wearing matching suits standing either side of her.

The three appear to cut a cake together and the woman feeds each man a small piece. They then dance, surrounded by party guests.

The three are not named and it is not clear where the video was filmed.

The post has been viewed over 351,200 times since it was first posted.

South African news outlets reported in early May that the country’s marriage laws could be amended to allow polyandry – a marriage in which a woman has more than one husband.

Has the law already been amended? And does the video show the first polyandrous wedding under the new law? We checked. 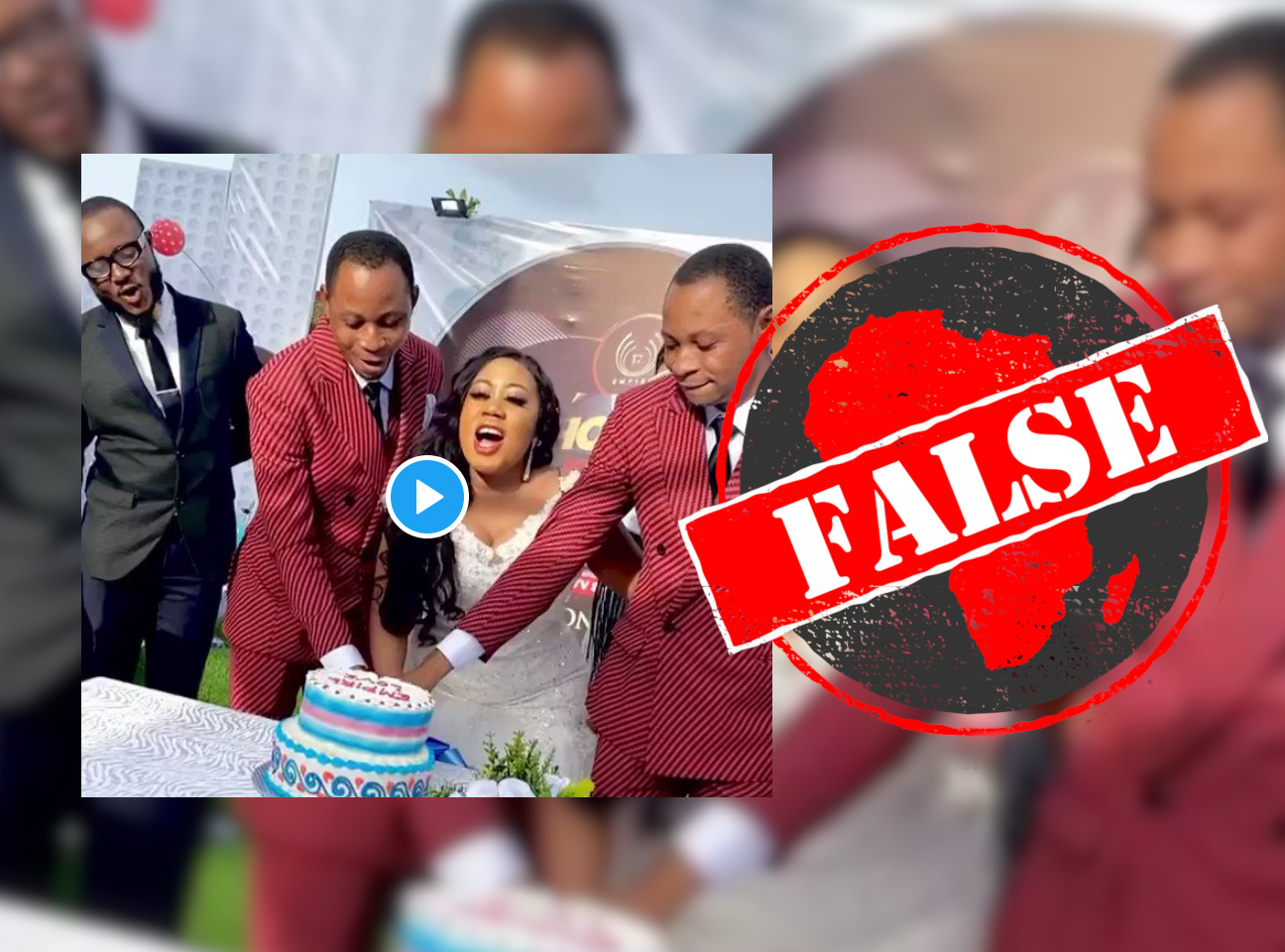 The video first went viral on Twitter on 16 May. An account posted the video with the caption “Joburg woman marries two men”.

But the woman in the video is Nigerian actor and producer Moyo Lawal.

The video was originally posted on her Instagram account with an ambiguous caption telling followers to “stay tuned”.

It was also posted on the joint account of Nigerian twin celebrities Joseph and Emmanuel Etim, also known as the Starguyz. They are the two men who appear as Lawal’s grooms in the video.

Lawal responded to the tweet which claimed the video showed a “Joburg woman” on 17 May, saying: “Lol ... You people stop ... I am Nigerian oooh.”

Later tweets do not make it clear whether the video shows an actual wedding or a recording of something else.

But we could find no evidence that polyandry is legal in Nigeria and it is highly unlikely that it was a real wedding.

On 4 May the South African home affairs department published policy proposals to develop a new marriage act. The proposed act would allow South Africans of all sexualities, cultures and religions to conclude recognised legal marriages.

South Africa currently has three acts in place which determine legal marriages. The Marriage Act (1961) recognises traditional marriages between a man and a woman.

According to the Star newspaper, the proposed act could allow for polyandry through a “gender-neutral” marriage regime which would “accommodate both polygyny and polyandry”.

But the new marriage act has not been passed yet. It is still a green paper, meaning that it is still in the discussion stage and is open to public comment until 30 June 2021.

The viral video does not show a South African woman getting married to two men under the new marriage act which allows for polyandry. The law is still in the proposal stage and hasn’t been passed yet.