After the Kenya Certificate of Primary Education (KCPE) examination results were released on 28 March 2022, many Facebook users took to social media to congratulate those who did well.

But others took aim at a minor already popular on social media.

Hours after the exams were released, the Facebook page Kenya Max News published a claim that Victor Githu had scored 227 marks out of 500.

Githu is a 12-year-old boy known in Kenya for his Christian preaching. Kenya Max News has previously published unverified claims about the young preacher.

On 28 March the page posted: “Reverend Victor Githu who prophesied that he saw single mothers from Kenya burning in hell while Kisii and Kambas walked naked has scored 227 marks in KCPE results. He scored 96, an A in CRE. What words of encouragement would you wish him.”

The Kisii and Kamba are ethnic groups in Kenya. While 227 out of 500 overall is an unimpressive KCPE result, the post is suggesting Kithu got a high mark for Christian Religious Education, or CRE.

The Kenya Max News post was widely shared. Some took the opportunity to ridicule the boy, while others encouraged him not to lose hope because of the reported results.

But did the 12-year-old even write the national exams and did he score 227? We checked. 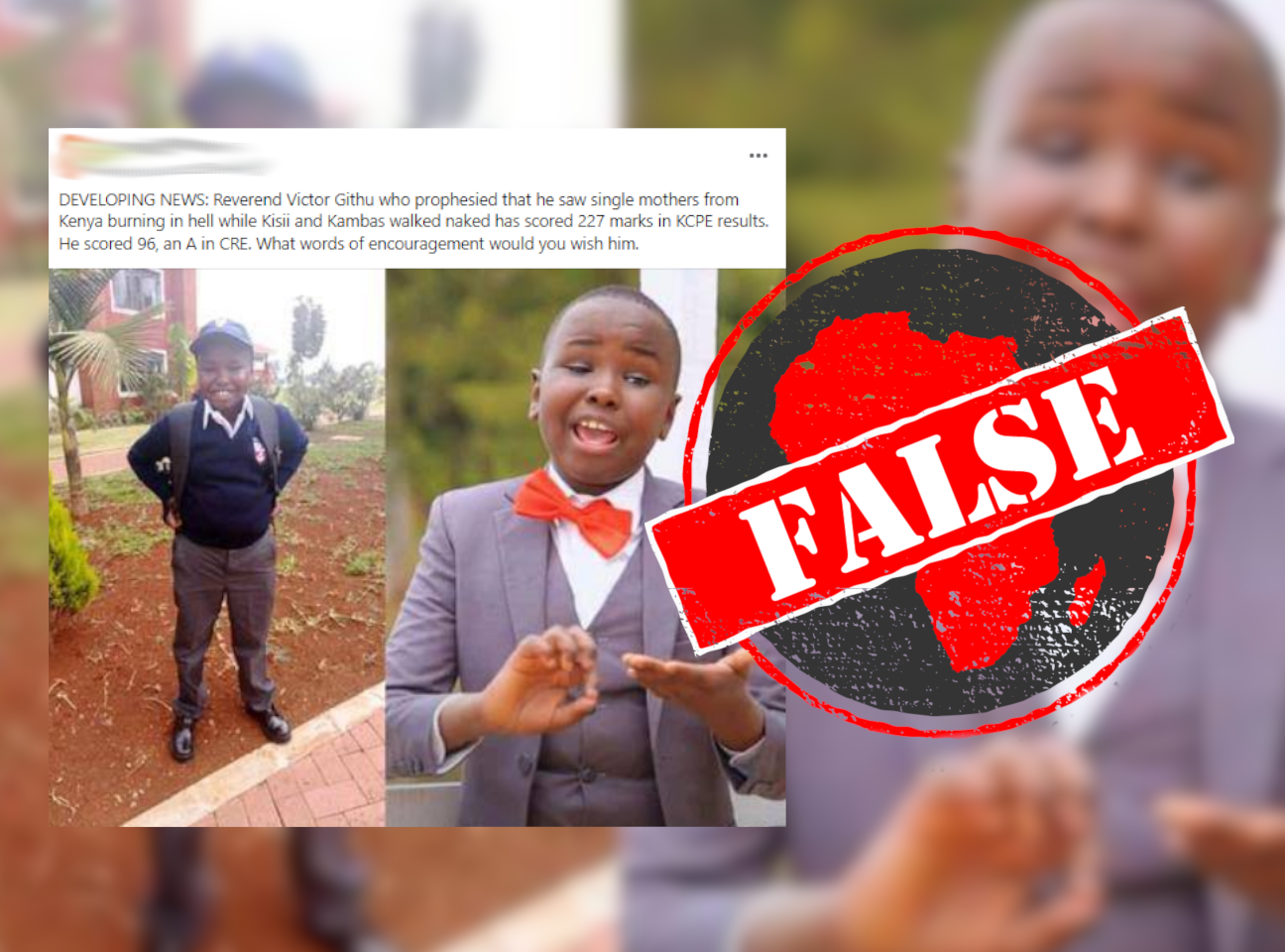 In an interview by a Kenyan YouTuber, posted by a journalist on Facebook on 30 March, Githu said he had not sat for any national exam.

“When did I become a candidate? That's my question. How did I even do KCPE? They are just rumours,” he said.

“I am in grade 6. Do not believe in such things. I have not done KCPE and I don't even know how it looks,” he added.

His mother also confirmed Githu was in grade 6 and not grade 8, the class eligible for national exams in Kenya. Younger children sometimes take the exam, but most candidates are aged 13 to 14.