The claim appeared on Facebook, as well as on Nairaland, the Daily Crucible, the New Guru, Observer Times, Inside Business and News Headquarter.

Adamu joined the police on 1 February 1986. On 1 February 2021 he reached the statutory limit of 35 years in service, and was set to retire. Ibrahim is the assistant inspector general (AIG) of police in charge of the police academy in Kano state. Has he been promoted into Adamu’s job? 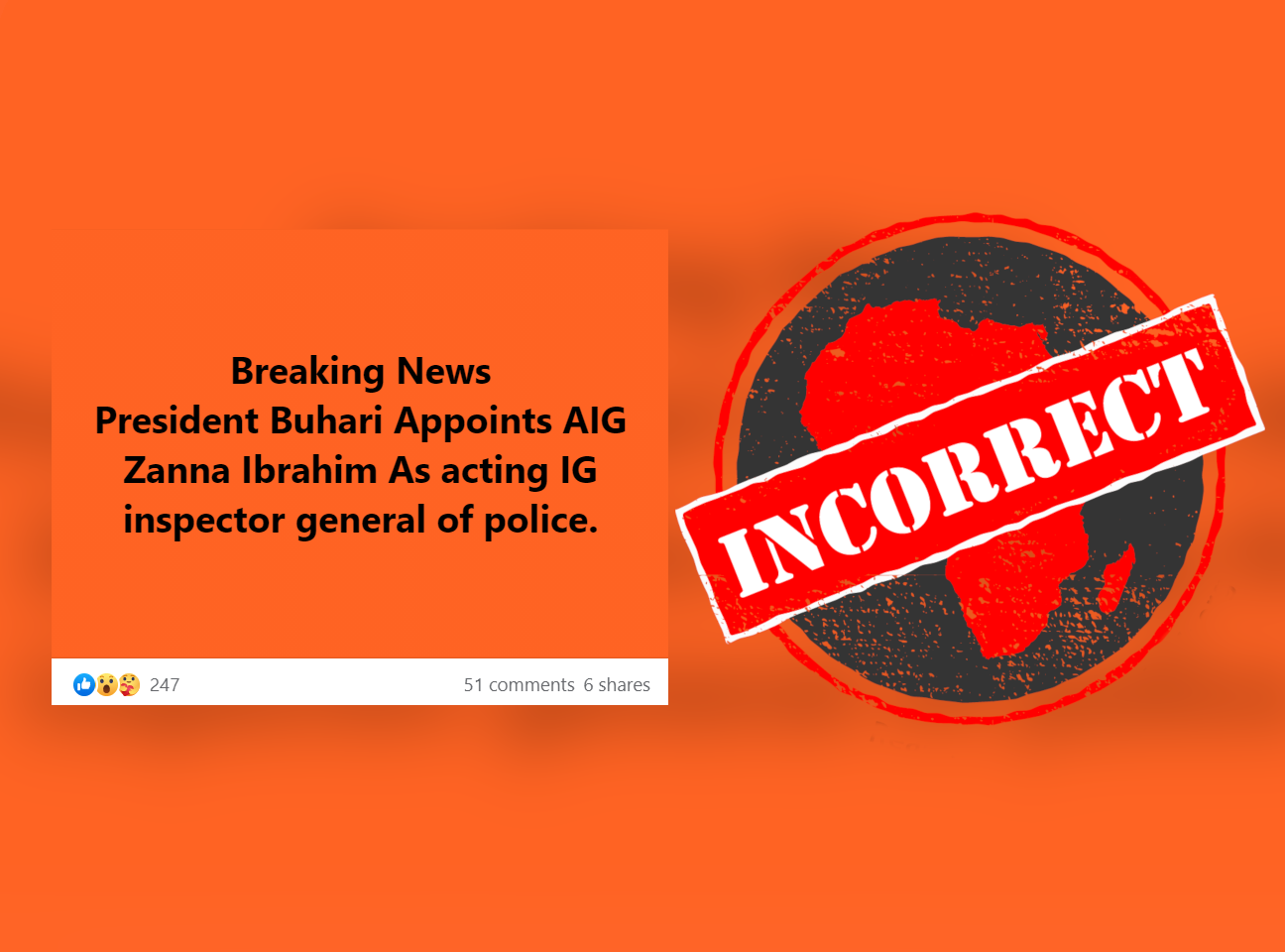 Rumour has no source

In the days before 1 February, the government made no announcement of Adamu’s successor. This reportedly led to confusion and assumptions that Ibrahim had been appointed. The new Nigeria Police Act qualifies Ibrahim, a senior police officer with the rank of AIG, to replace Adamu.

But none of the reports attributed their information to any source. The presidency made no statement on the matter until 5 February, when it announced that Adamu’s tenure would be extended by three months “to give room for the proper selection of a successor”.