Not an elephant-shaped mountain in Oregon, US – image photoshopped by artist

An image of what seems to be an elephant-shaped mountain is doing the rounds on Facebook in South Africa with the claim it is in Oregon, a state in the Pacific northwest region of the western United States.

Africa Check has previously checked incorrect claims about images edited using Photoshop. Does this remarkable looking mountain actually exist? Is it in Oregon? We investigated. 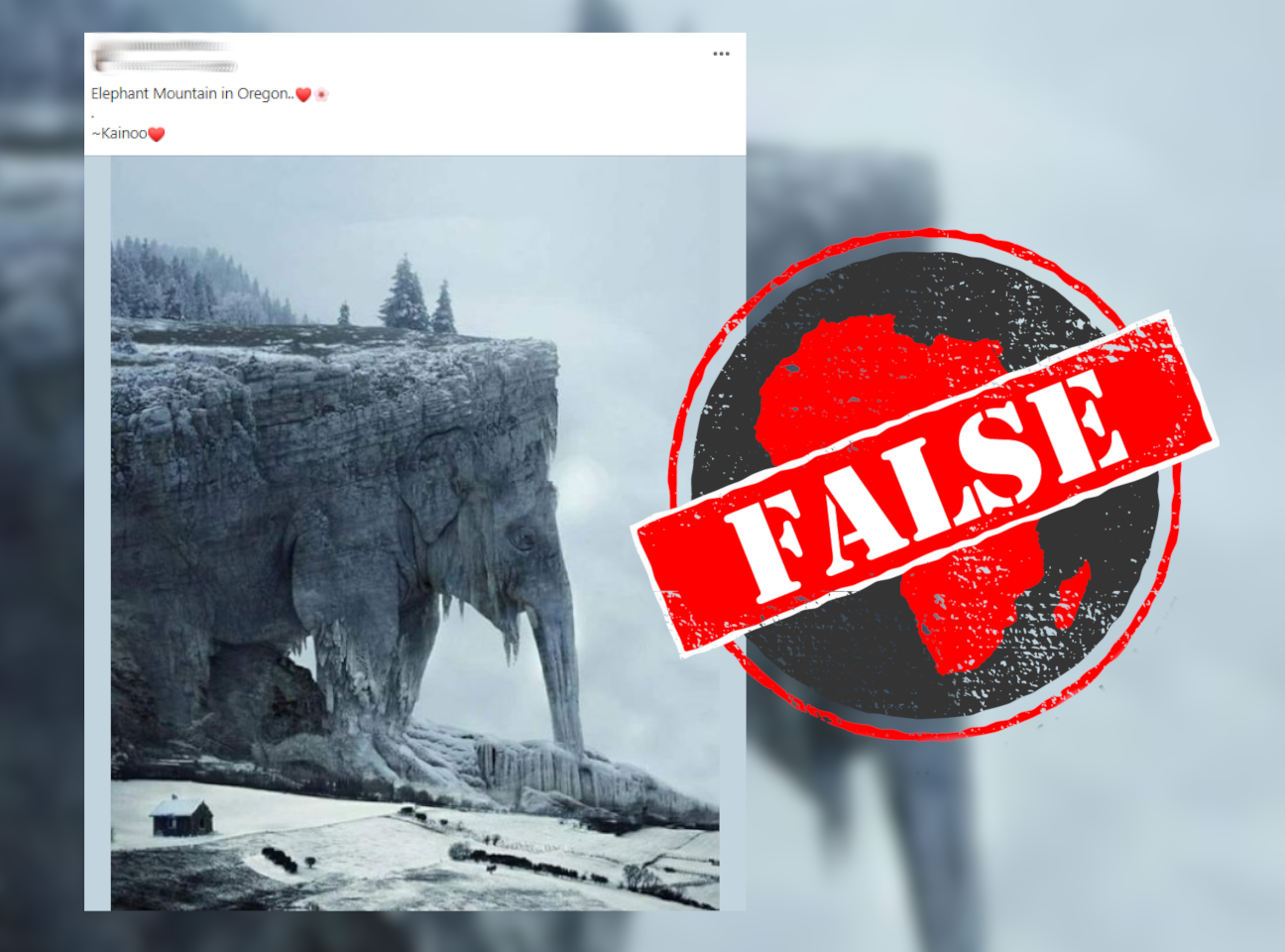 We tracked the image down to a Facebook page titled “Surrealism and artistic photography”, run by an artist named Mirekis.

The image of the elephant-shaped mountain can be seen in the artist’s “frozen animals series”. The series contains other photoshopped images of animals and scenery put together.

The image was first posted on the Facebook page in 2018, where users point out that it is being used elsewhere.

One said: “People are stealing this image and passing it off as an actual destination in Oregon!”

Using a reverse image search, we found the original parts of the scenery that had been edited in, around the elephant.

The first is the original image of the top of the elephant, the mountain cliff, found on Shutterstock. The title reads: “Rock gloomy winter landscape background”.

We found the second original photo, edited in under the elephant, on Pixabay. The cabin has also been photoshopped in there.