“We deeply apologize for announcing fake results to ugandans due to the fear of murdering our families,” reads what seems to be a screenshot of a tweet by NTV Uganda, posted on Facebook. “Ugandans DICTATOR Museveni has taken over electrical commission. Simon Byabakama.”

It shows justice Simon Byabakama, chair of Uganda’s electoral commission, in a screengrab of an NTV broadcast.

Africa Check has investigated a similarly worded tweet supposedly by Uganda’s NBS Television – a different channel – and found it to be fake. 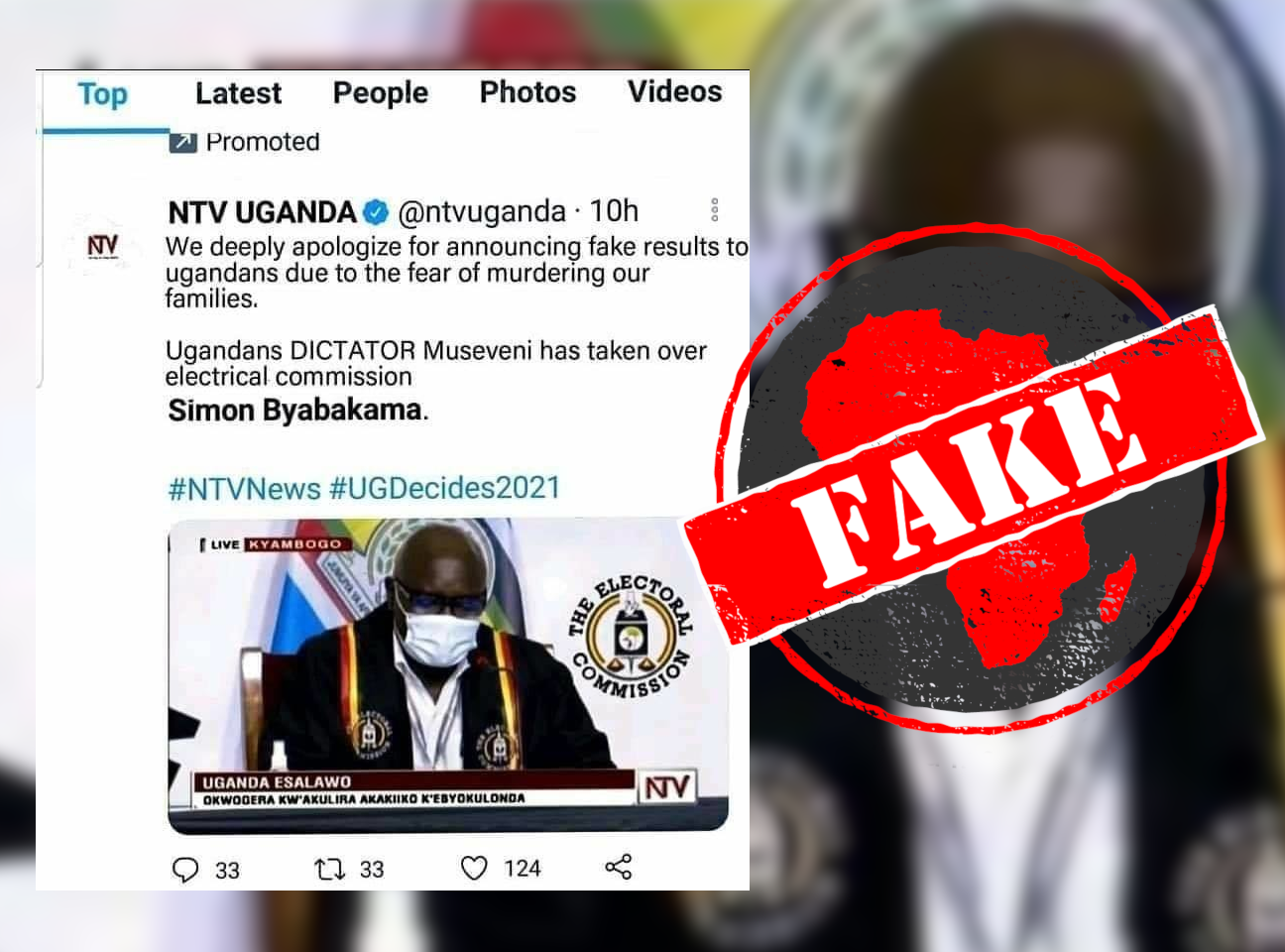 There are several signs that this tweet is also fake. First, while tweets by reputable media houses may have the occasional error, this one is riddled with them.

“Electoral commission” is misspelled as “electrical commission”. “Ugandans” is written as “ugandans”. NTV tweets usually attribute direct quotes with a hyphen. The tweet misses that.

A quick Twitter search for the tweet’s text came out empty. And none of the NTV Uganda tweets featuring the screengrab of Byabakama in a broadcast include the text.

We also checked the official Twitter account of the electoral commission and found no record that Byabakama or the commission had made such a claim. Yes, this tweet is also fake.