The two are in a lab setting, with Obama in conversation with a woman in a white coat. Fauci is circled in red, standing next to another woman. The screenshot appeared on Facebook in South Africa in June 2021.

Wuhan is the capital of China’s Hubei province, in the centre of the country. The new coronavirus disease – later to be given the name Covid-19 – was first detected there, in late December 2019.

The city is home to the Wuhan Institute of Virology, a state-run agency that studies viruses.

The idea that the coronavirus leaked from the Wuhan institute is almost as old as the pandemic itself, and has long been dismissed as a conspiracy theory. But the notion has recently become more credible, although the debate continues.

Obama was US president from January 2009 to January 2017. Fauci has headed the country’s National Institute of Allergy and Infectious Diseases since 1984, and more recently its response to the Covid pandemic.

But does the photo really show Obama and Fauci inside “Wuhan Laboratories” back in 2014, five years before the new coronavirus emerged? 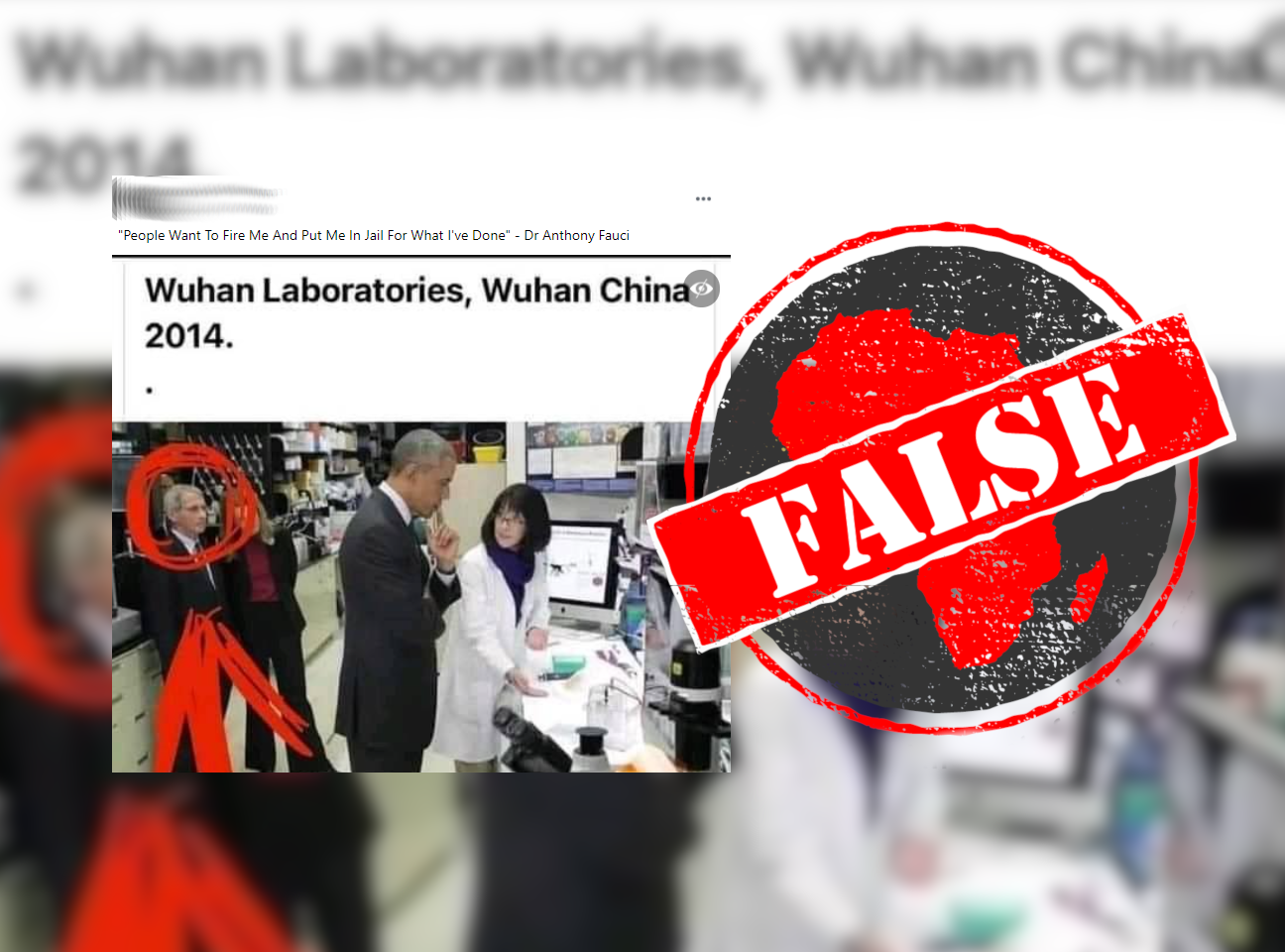 Obama on tour of US National Institutes of Health

A reverse image search quickly proves otherwise. The photo was taken in 2014, but shows Obama and Fauci on a tour of the campus of the National Institutes of Health (NIH) in Bethesda, in the US state of Maryland.

The photo is available for download from the NIH website, dated 2 December 2014 and titled “An Experimental Ebola Vaccine”.

Similar photos of the visit have been published on several other websites, with the same information.

Ebola is a rare and deadly viral disease found mainly in sub Saharan Africa. The World Health Organization says an outbreak of the disease in West Africa from 2014 to 2015 was the “largest and most complex Ebola outbreak since the virus was first discovered in 1976”.

The outbreak led to the development of a vaccine for Ebola.

The photo shows Obama and Fauci visiting the National Institutes of Health, in the US – not “Wuhan Laboratories” in China.