In the video, the former president warmly describes his connection to Kenya.

He then says: “After the turmoil of five years ago, you have worked to rebuild communities, reform institutions and pass a new constitution.

“Now Kenya must take the next step, in March, with the first elections under your new constitution ... Kenya must reject intimidation and violence and allow a free and fair vote. Kenyans must resolve disputes in the courts, not in the streets.”

But does the video really show Barack Obama talking about Kenya’s 2022 elections? 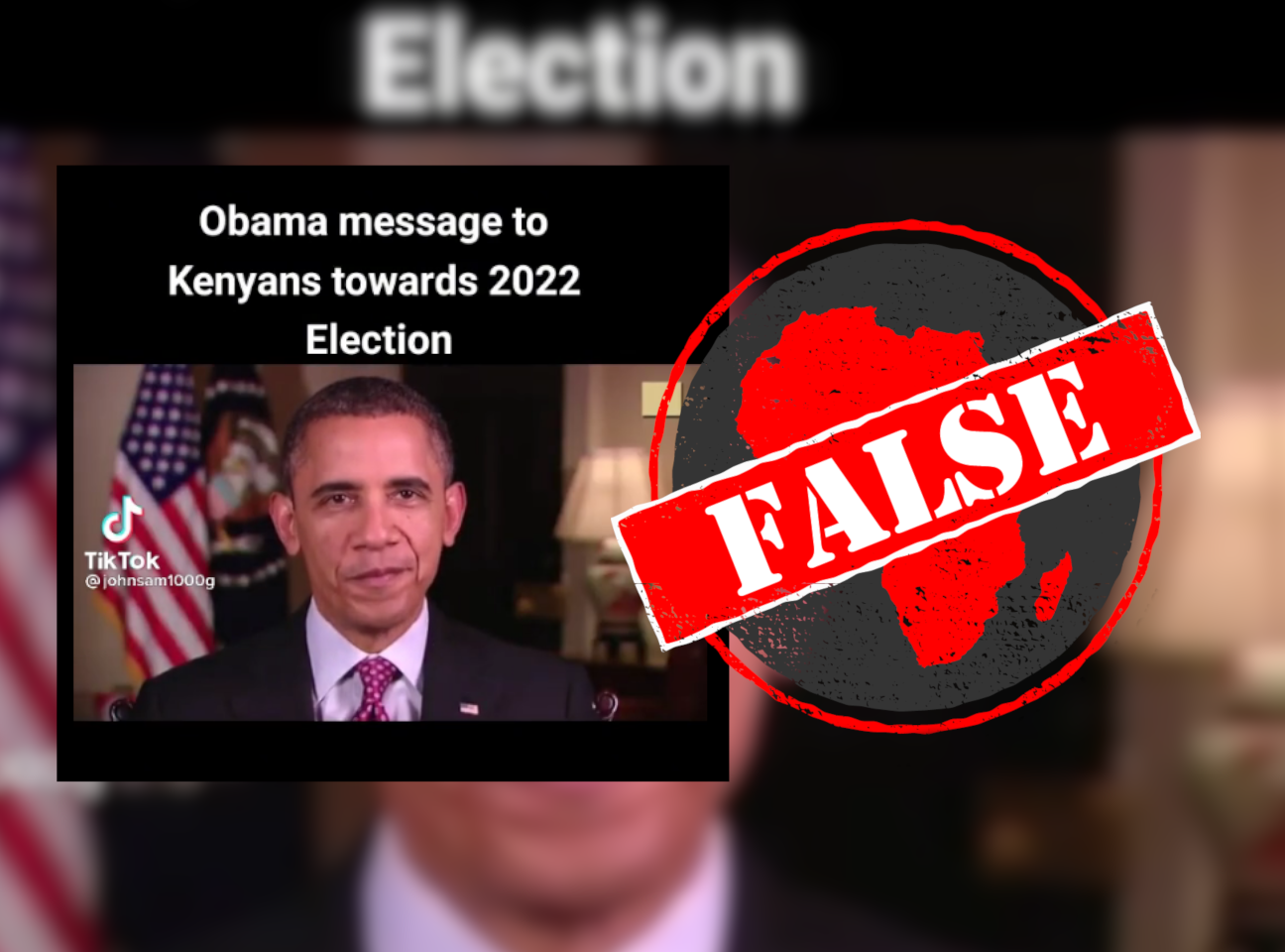 A Google reverse image search of a frame from the video led us to the original, uploaded to the Obama White House YouTube channel on 5 February 2013.

Its description reads: “In a video message, President Barack Obama tells the people of Kenya that the upcoming elections are a historic opportunity for Kenyans to stand together, as a nation, for peace and progress, and for the rule of law.”

In the video, Obama urges peace during Kenya’s 2013 elections. The country’s previous elections, in 2007, were marred by violence as people disputed the results.

The video is miscaptioned. Peace is needed in Kenya’s 2022 elections, but Obama’s video asking for an end to election violence is nine years old.