“Shocking News! Again, Another 78 Nigerian Soldiers sentenced to death for demanding better ARMS to fight BOKO HARAM,” reads the caption of a photo posted on Facebook in August 2021.

The photo shows a line of soldiers with their backs to the camera. They are facing a man tied to a wooden post, his head covered in cloth.

Boko Haram is a violent Islamist insurgency movement responsible for killings and kidnappings in parts of northern Nigeria. The United Nations and several countries across the world have designated it a terrorist organisation.

But does the photo show Nigerian soldiers sentenced to death for demanding better weapons to fight Boko Haram? 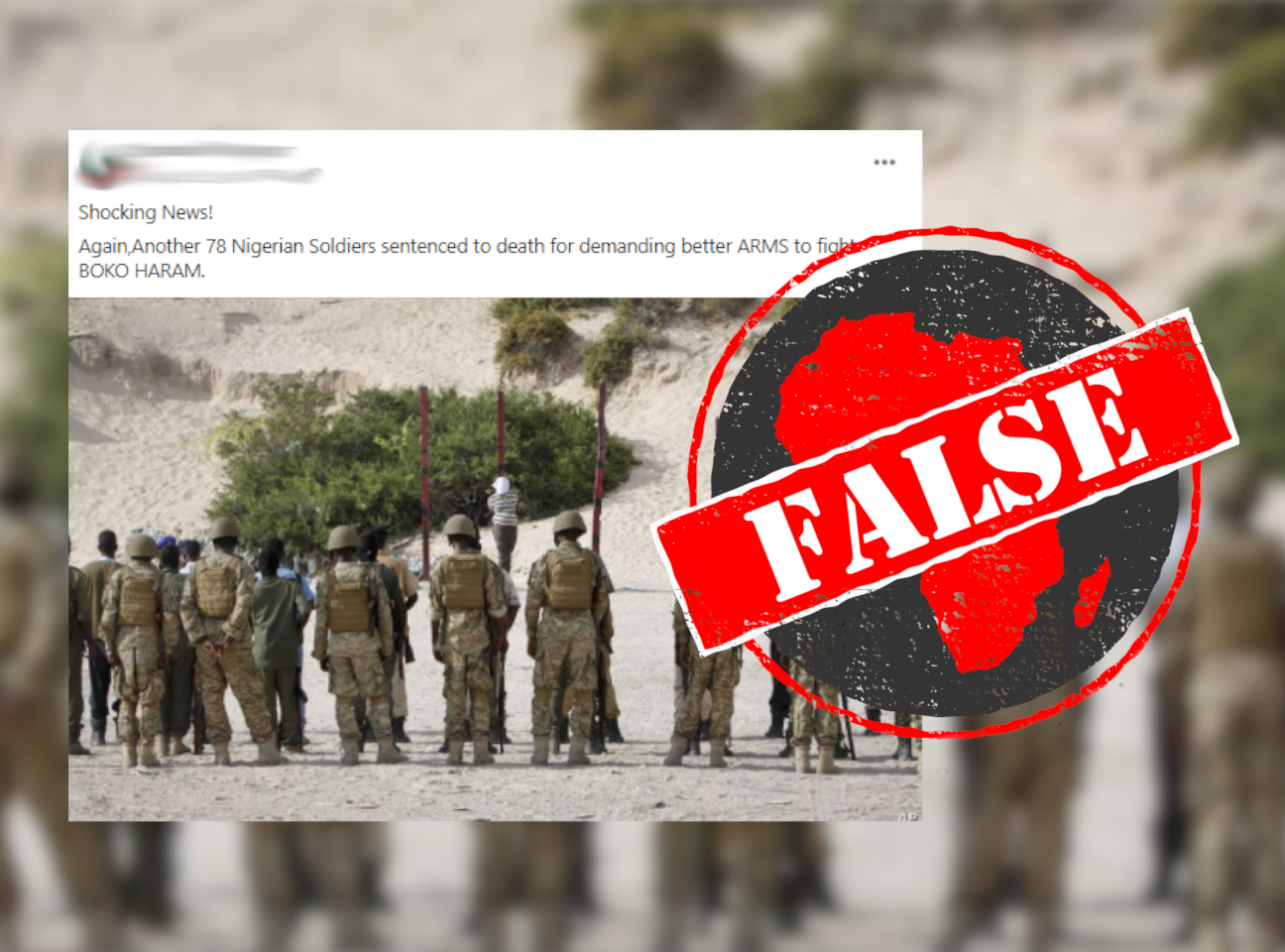 A reverse image search reveals that the photo is five years old and unrelated to Nigeria.

It appears in an April 2016 news report by the New York Daily News, headlined: “Terrorist tied to a post, executed by firing squad in Somalia for journalists' murders.”

According to the report, the man tied to the post is Hassan Hanafi Haji, a journalist who joined the Islamist extremist group al-Shabab. He was executed by firing squad in Mogadishu, Somalia's capital, for killing five Somali journalists.

There have been no credible news reports of Nigerian soldiers being executed because they demanded better weapons to fight Boko Haram.