A photo shared on Facebook shows Kenya’s deputy president William Ruto in the back of a vehicle with four uniformed officers, possibly police. It’s claimed the photo shows Ruto under arrest.

The caption to the photo says Ruto was arrested because he “distributed expayad [expired] and poison[ed] food from Kikuyu constituency” in Kiambu county, northwest of the capital Nairobi.

The photo has been shared elsewhere on Facebook with similar claims about Ruto’s arrest.

On 20 May 2020 Ruto distributed food to families in Kiambu county, together with Kimani Ichung’wah, member of parliament for Kikuyu constituency.

The deputy president’s office has said contaminated food was distributed by Ruto’s enemies who wished to discredit him. They said: “It is revolting, despicable, callous and cruel to play with the health and lives of innocent human beings to score political points.”

If Ruto had been arrested, it would have been covered extensively by local media. We could find no such stories. So does the photo shared on Facebook show the deputy president under arrest? We checked. 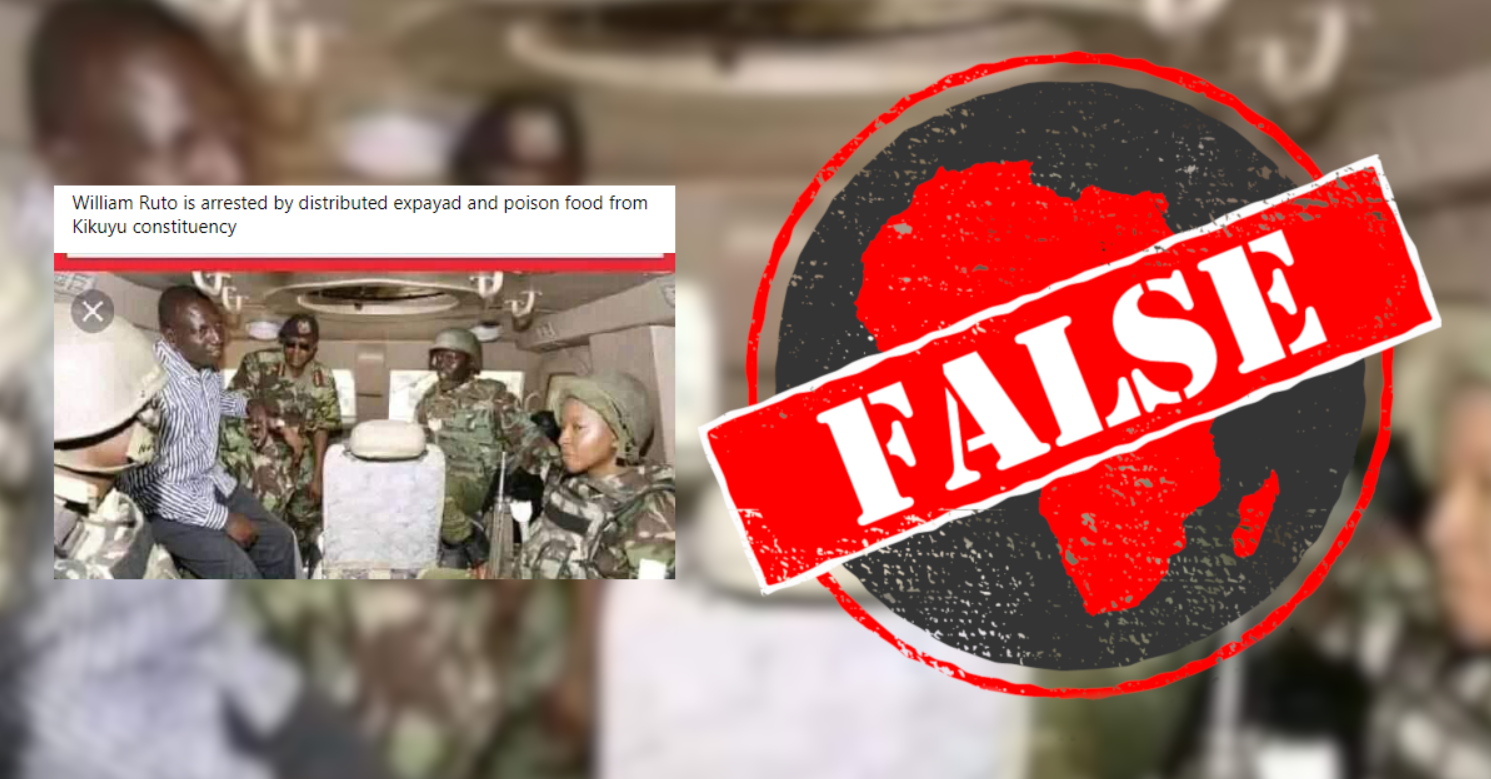 
One hint the photo is miscaptioned is the presence of former inspector general of police, Joseph Boinnet, in the vehicle.

Boinnet now serves as the chief administrative secretary in the Ministry of Tourism and Wildlife. He does not wear a police uniform in his new position.

A reverse image search shows the photo is old and not taken in May 2020. It was published by the Standard newspaper on 27 February 2017.

The caption to the photo says it shows Ruto and Boinnet talking to police officers manning an armoured personnel carrier.

Searching “William Ruto in armoured personnel carrier” on Google leads to similar photos of the same event. The Star newspaper also featured a similar photo in a 28 February article. The photos show the deputy president in an armoured vehicle in Elgeyo Marakwet county, western Kenya, in February 2017.

We found dozens of photos taken at the same event on Ruto’s Facebook and Twitter accounts. Similar photos were also published on Boinnet’s Twitter page. There is no evidence the deputy president was arrested in May 2020.