A photo of a uniformed man sitting on the ground in front of a group of civilians went viral in Nigeria in March 2021, with the claim the man was an assistant commissioner of police who had been arrested for kidnapping.

“An assistant commissioner of police arrested for kidnapping, how are the mighty fallen. Summary dismissal and jail awaits him,” one user tweeted.

“How far can NIGERIA sink more?” another asked on Facebook. “Assistant Commissioner of Police Arrested for kidnapping?”

The photo also appears in a blog post, with the same claim. But what does it really show? We checked. 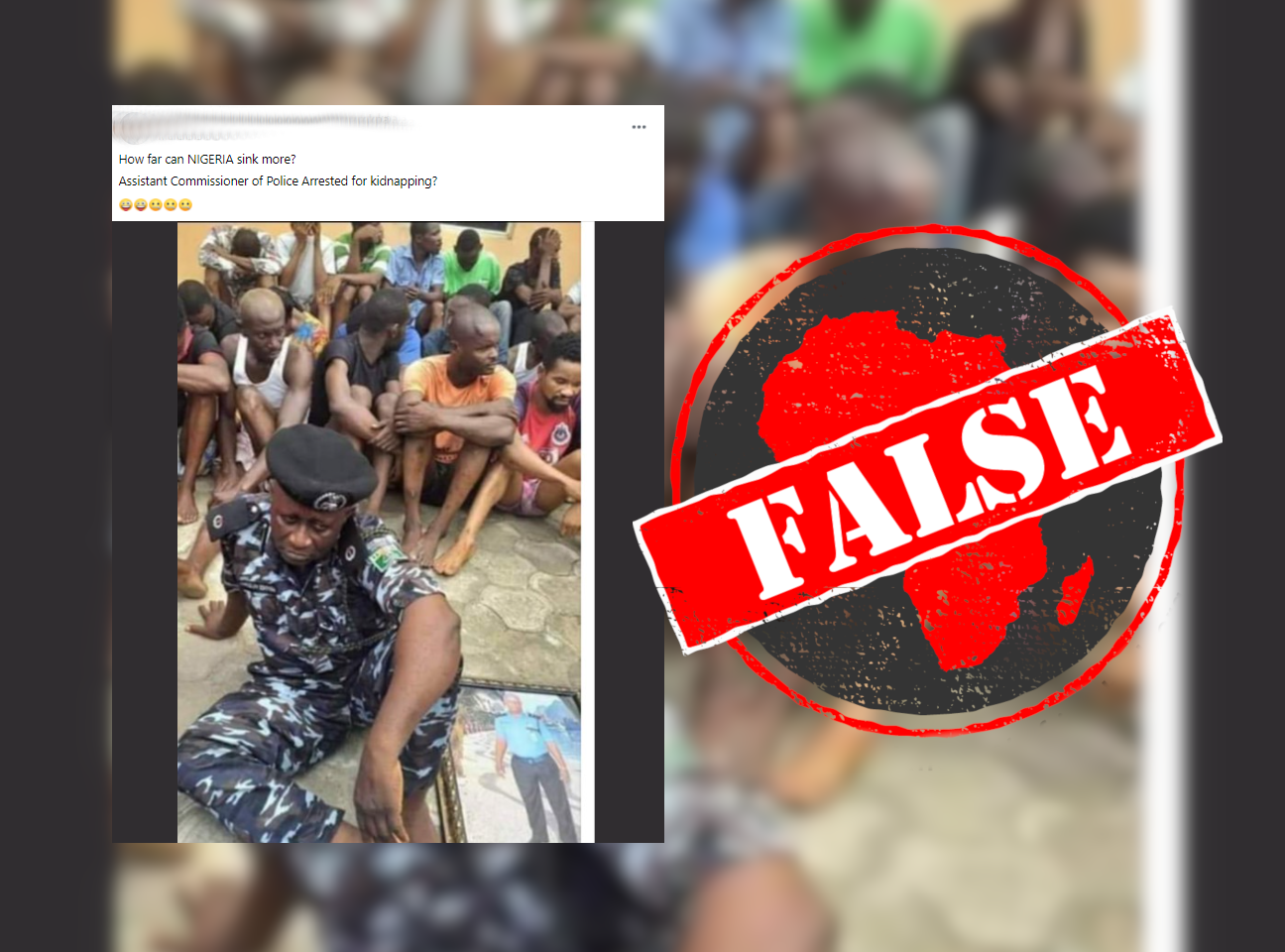 A Google reverse image search reveals that the man was arrested, in January 2019, but not for kidnapping. His alleged crimes included impersonating a police officer, as well as defrauding and threatening the public.

Several news outlets reported on the arrest, saying the man, identified as Kingsley Udoyem, was arrested in Abak, a town in Akwa Ibom state in southern Nigeria.

“The Commissioner of Police in the state, Musa Kimo, paraded the suspect before journalists in Uyo on Thursday,” the Premium Times reported. “The suspect has been using the fake police rank to threaten and defraud unsuspecting members of the public, Mr Kimo said.”

The paper quoted Kimo as saying a search of the suspect’s house had led to “the recovery of one English pistol without magazine and ammunition, portraits of chief superintendent of police and assistant commissioner of police, three pairs of uniform, police belt, fake police ID card, and other documents”.

On 15 March 2021 the Nigeria Police tweeted a screenshot of one claim that the man was an assistant police commissioner, stamped “FAKE NEWS”.

The photo shows a man arrested for impersonating a police officer, not an assistant police commissioner arrested for kidnapping.