The sentence in Igbo, “Ndi Imo ndo nu”, translates to sympathising with the people of Imo state in southern Nigeria.

The post, published on 10 December 2021, captioned a photo of a man apparently peeling off the top asphalt layer of a road.

The post suggests the faulty road was built by Hope Uzodinma, the governor of Imo state who was once a senator for Orlu West.

But was this photo taken in Imo? We checked. 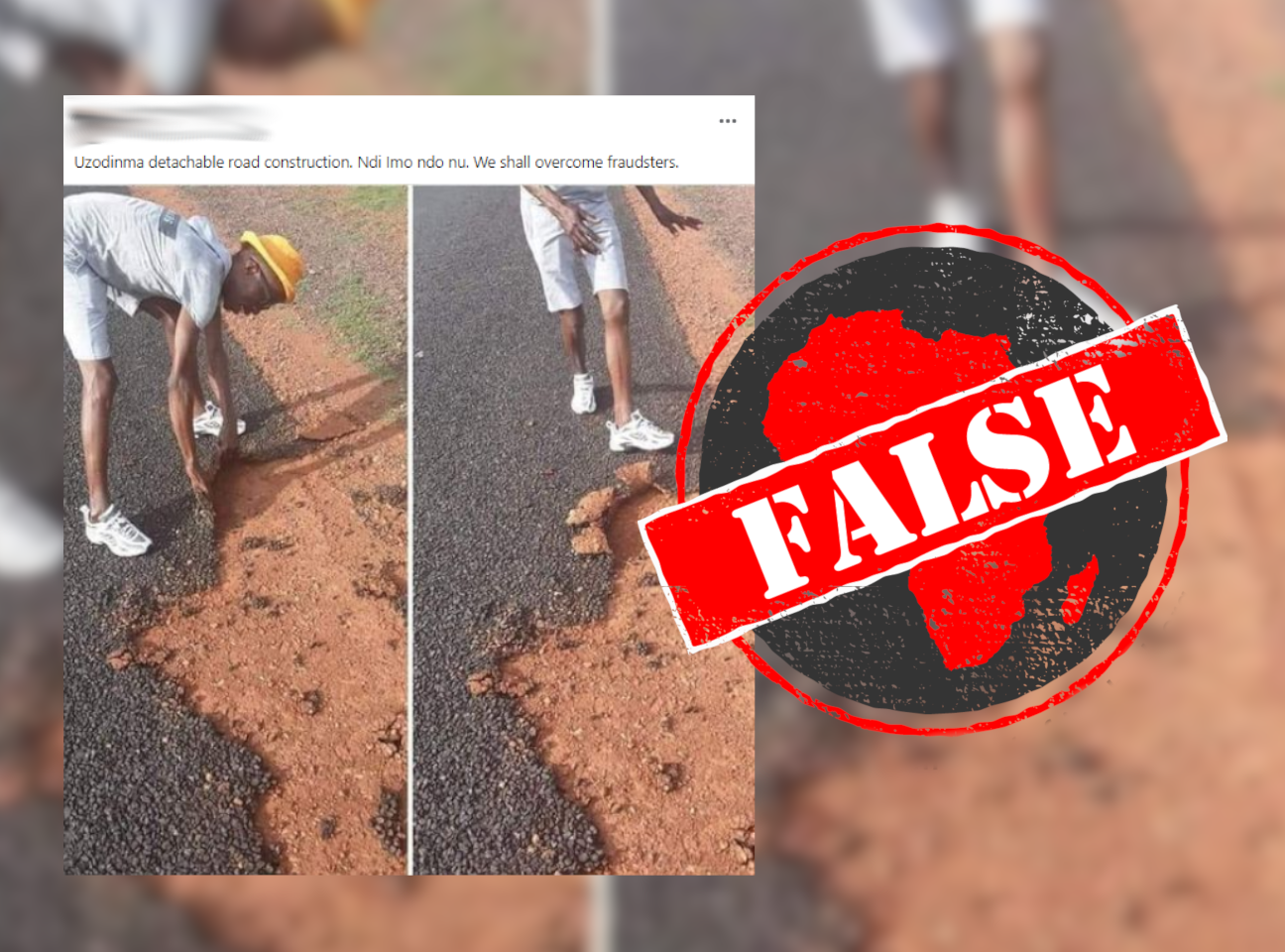 Some comments on the post pointed out that the photo is not of a road in Imo state.

A reverse image search shows the photo was originally published on News24, a South African online news site, on 9 November 2020.

The article is titled: “Newly fixed road linking SA and Botswana is ‘peeling like a fruit’.”

The photo is credited to “Blessings Ramoba/Facebook”, suggesting, as is described in the article, that photos of the road were shared by the public on social media.

According to News24, the peeling road was officially named the P68/1 and “links the Lehurutshe areas in the Zeerust-based Ramotshere Moiloa local municipality”.

This large municipality borders Botswana. The road in the photo is definitely not in Nigeria.