A photo of a man being carried on a stretcher to a waiting helicopter was posted on Facebook on 19 March 2021.

“Mwai Kibaki reportedly very sick ... Tuddawa?” queried one user. “Tuddawa?” is colloquial Luganda for “where do we go?”.

Other posts speculated that opposition leader Raila Odinga was ill. “Pray for Rails Odinga,” said one.

“Mbu Odinga sibilunji naye twongele obasabila bona, God protect him. Keep praying for him bambi,” said another. The Luganda phrase translates to “things are not looking good for Odinga”.

The photo also spread on Twitter, where some users tried to decipher it.

One “fact-check” said the photo showed a police officer in Nyamira county being airlifted to Nairobi after being shot. Nyamira county is located in southwestern Kenya.

So what does the photo show? 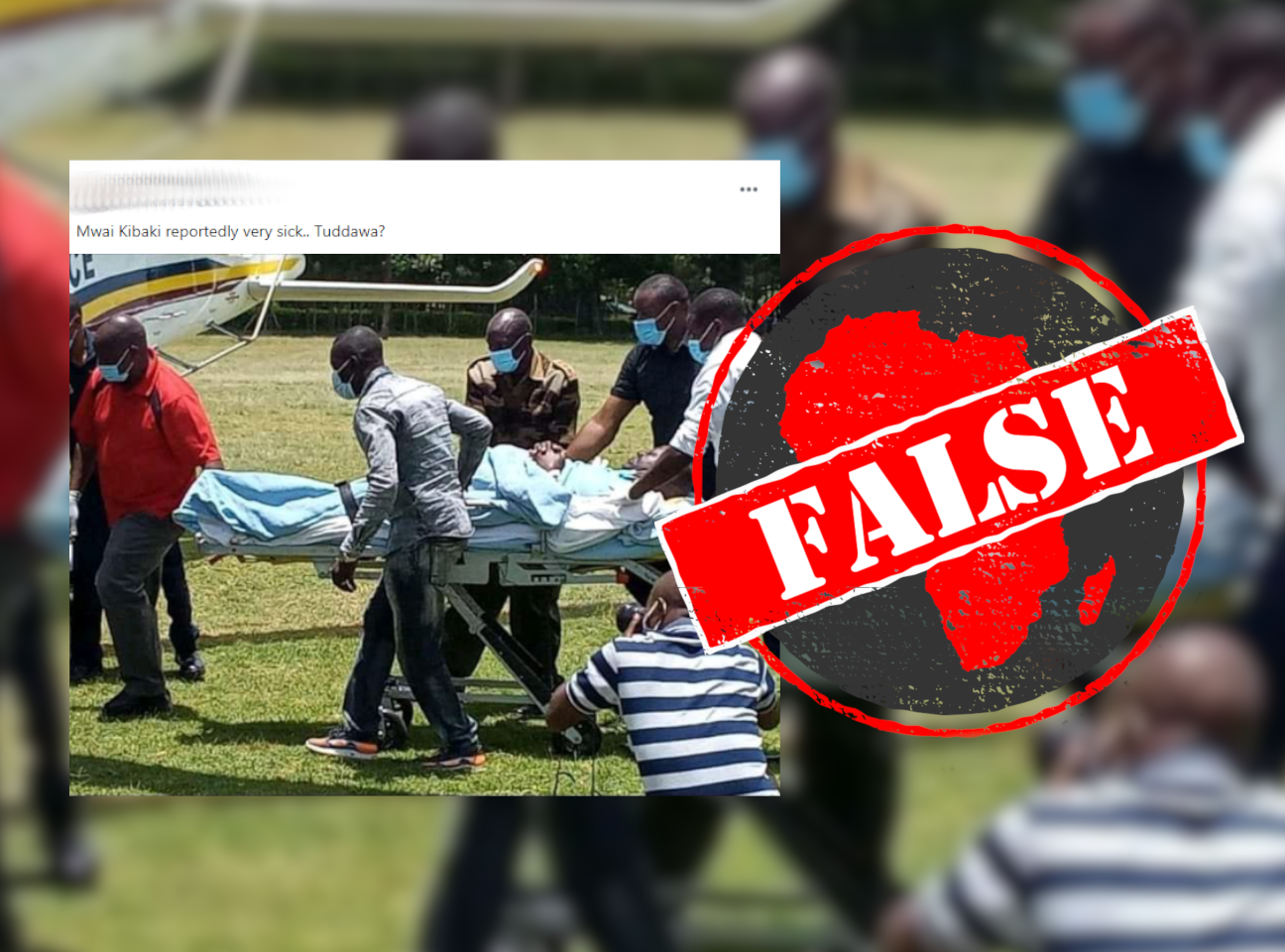 Not Raila or Kibaki

Instead of a reverse image search, we conducted an image search using the terms “police” and “airlifted”. It led us to a slightly different photo of the same people, on the website africa-press.net.

A reverse image search of this photo revealed that the photos were published on the website of the Standard newspaper. Africa Check reached out to the Standard to ask who had taken the pictures.

“These photos were taken by Sammy Omingo, a Standard Group PLC journalist, at Kisii school on 17 March 2021. The victim was chief inspector Necanor Odhiambo who was shot by his junior in Nyamira and was being flown to Nairobi West Hospital,” the Standard told us.

The photo does not show Raila Odinga, Mwai Kibaki or any other politician, but rather an injured police officer being airlifted to hospital.