Photo of Wiper party leader meeting Kenya’s deputy president is from 2018, not 2022

In the photo, the two appear to be in conversation.

Iftar is the meal eaten by Muslims after sunset to break the day’s fast during the holy month of Ramadan.

Ruto leads the Kenya Kwanza political alliance and is running for president in the August 2022 general elections.

There is ongoing debate on who will run as Odinga’s deputy. This is fuelling speculation that Musyoka would join Ruto if he was not considered for the position.

But does this photo show Musyoka and Ruto meeting on 20 April 2022? We checked. 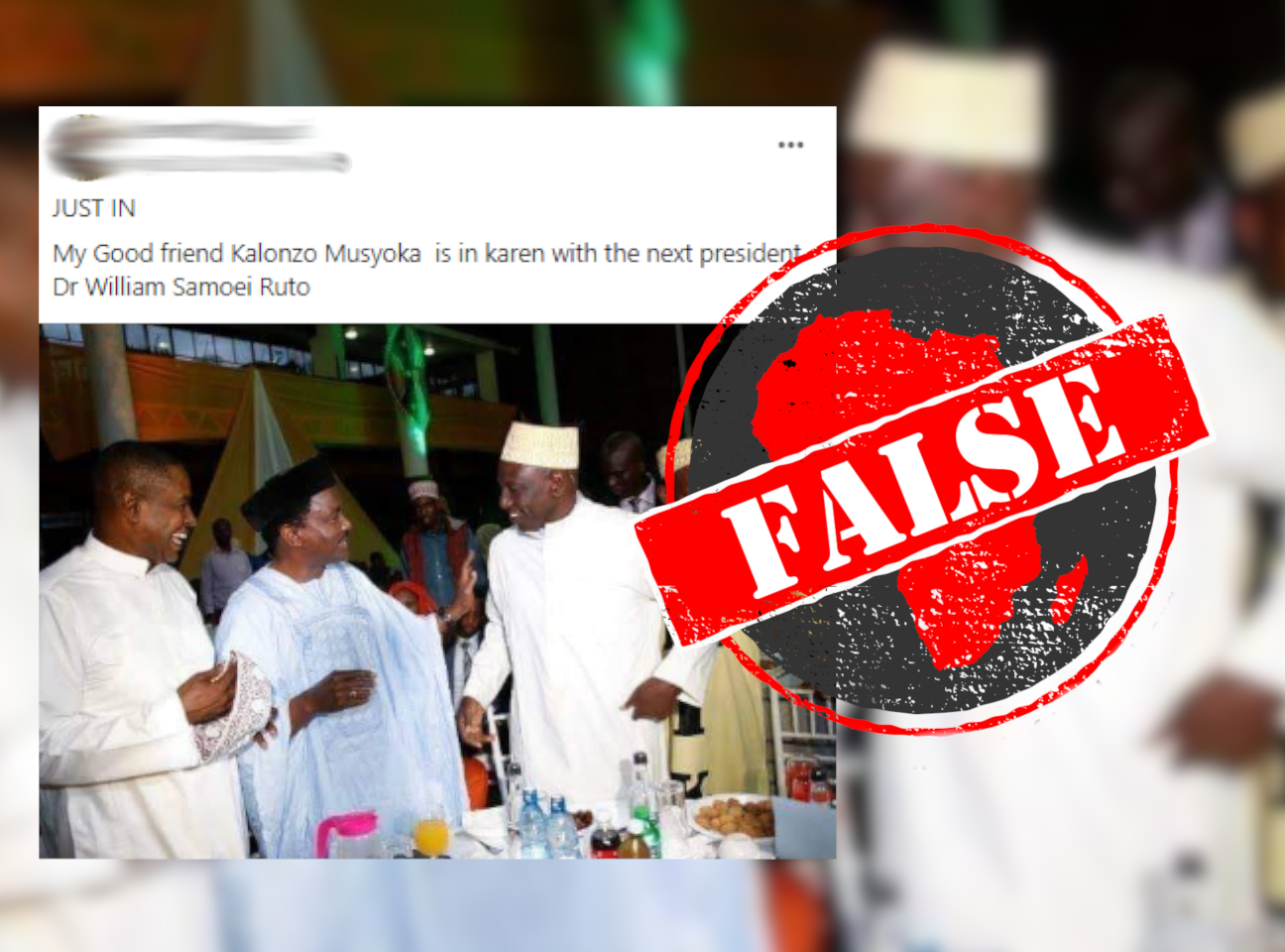 A reverse image search of the photo revealed it was published by a local media outlet on 14 May 2019.

Although the photo has since been removed, a caption still indicates it was taken in 2018.

A further search led us to a tweet from Ruto with similar photos, showing him and Musyoka dressed in the same outfits, posted on 13 June 2018.

While Ruto held a similar iftar event at his official residence on 20 April 2022 and posted photos on Facebook, none of the photos show him with Musyoka. The photo of the two men circulating on social media is from 2018.